An experienced field agent, Anna is an extremely dangerous combatant, familiar with a wide range of weaponry, and capable of using them ruthlessly.

She later underwent a procedure that altered her genetic structure to make her identical to Sydney Bristow, even altering her voice.

Born in Cuba, Anna was recruited by K-Directorate, a freelance intelligence agency based in Russia. The K-D is composed of former Eastern bloc operatives. She became one of their most ruthless and capable agents.

She also became a devout follower of Rambaldi, having his symbol tattooed on her hand.

In her activities she came into conflict with American agent Sydney Bristow, who often was pursuing Rambaldi artefacts. As a result, the two developed a mutual enmity. Their encounters proved them to be fairly equal. Anna’s ruthlessness gave her a slight edge, but they were still fairly even on who won any particular fight.

Their last encounter in this period occurred when Dixon and Sydney were at an isolated South American location. Dixon was guarding the entrance to a cavern containing a Rambaldi artefact. Meanwhile Sydney was inside, retrieving it. Anna shot Dixon, leaving him for dead, and fought Sydney in the cavern.

The fight ended with Anna escaping with the artefact, which Sydney had already destroyed. Anna sent Sydney plunging down a long drop.

Soon after, K-Directorate was destroyed by The Man’s organization. Anna faked her death, going freelance.

Her next known activity was years later. She now was working for the Cadmus Revolutionary Front, stealing a chemical bomb for them. She betrayed them, killing their leader once she retrieved the bomb.

Sydney turns up trying to retrieve the bomb, with paroled Julian Sark as her grudging accomplice. She leaves him handcuffed while chasing Anna. But Anna manages to lose her, frees Sark, and takes him with her.

They agree to work together, and Sark uses his connections to find a buyer for the bomb. Sydney and Vaughn track them to the meet, and attack. Nearly getting away, Anna is betrayed by Sark. He traps her for Sydney, which allows him to get away. Anna is taken into Federal custody.

Approached in jail by Prophet Five operative, Kelly Peyton, Anna is offered release if she’ll work for them. She agrees, and is dispatched to kidnap Sydney’s friend, Will Tippin, who’s in witness protection. They allow him to be easily rescued after implanting him with a bomb, forcing Sydney to deal with them.

They draw Sydney onto a specially outfitted train, where they gain the ransom, and trap Sydney in a carriage that swamps her in an unidentified fluid. Sydney escapes, but Anna gets away with the artefact and the collected fluid.

Prophet Five use the fluid to create a bath that Anna willingly enters. The painful procedure transforms her into an identical duplicate of Sydney Bristow, down to a genetic level. This metamorphosis makes her identical to the being described in some of Rambaldi’s prophecies.

APO, whom Sydney works for at this time, sets a trap for Anna. But she gets away unseen, using her new appearance to get close enough to freelance operative Renée Rienne to kill her.

Intercepting APO transmissions, Prophet Five learn that Sydney is heading to Bhutan to meet with an important contact. They dispatch Anna, who intercepts Sydney and leaves her for dead. Espinosa then goes to meet the supposedly dead Michael Vaughn. She pretends to be Sydney and together they leave to follow a lead, which takes them to Berlin.

Upon finding what she wants, she pulls a gun on him. However, Vaughn knew she wasn’t really Sydney, and had unloaded it. They fight, and she gains the upper hand, getting a loaded gun. As she prepares to shoot him, she is herself shot from behind by Sydney, who had survived their previous encounter, and caught up with them.

Aggressive and ruthless, Anna has a quick temper. She also carries grudges for a long time.

She can be professional, and control her anger, but only does so when it’s necessary, and is otherwise fairly violent. She enjoys mocking her enemies when she has the upper hand.

She apparently has a level of devotion to Rambaldi’s works. But it has never been revealed quite how fanatical she is about them. 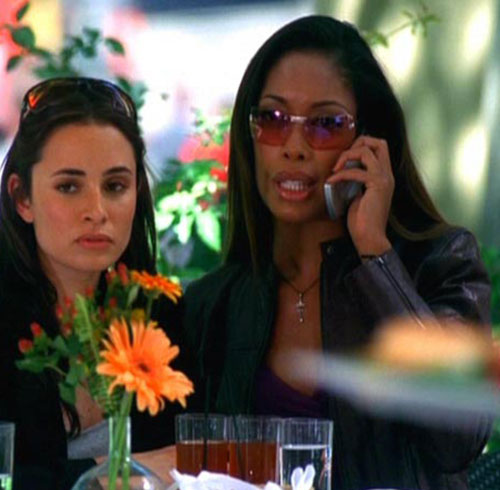 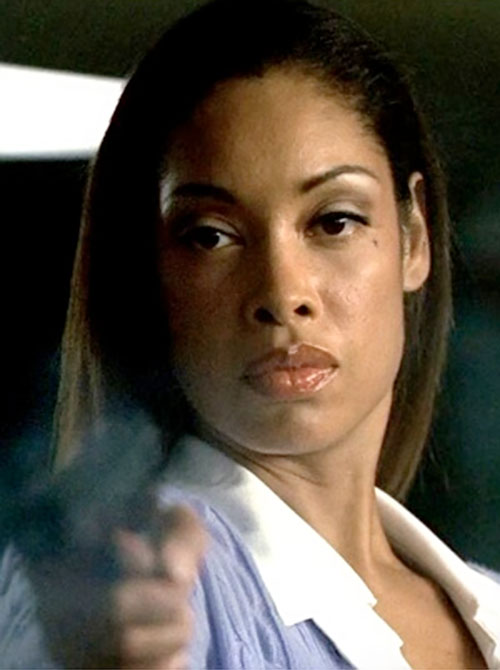