Anna is a gynoid . She normally takes care of the housekeeping in Lynch’s safehouse, but she is also designed to enforce its security. She packs all the gear required to that task, concealed throughout her body.

As a programmed housekeeper, she also has all the options for taking care of the welfare of five super powered teenagers. She cooks, drives them to school, tends their rooms, ensures they have balanced meals, tries to teach them good manners…

When the Gen13 arrived at Lynch safehouse, they were introduced to the high spirit house maid. Not accustomed to her boss bringing strangers in, particularly children, she took the task of taking care of them very seriously. She looked and acted like an ordinary housemaid until the team were in deep trouble at the hands of Trance and his Freaks.

The transdimensionnal  pet Qeelocke, being the cause of the trouble and seeing his mistress Freefall in jeopardy, took himself to bring in the cavalry. Through the portal, the cavalry was revealed to be Anna. Quoting Freefall “Anna ?! She’s the cavalry ?! We are so screwed !”.

Well, until she kicked Trance’s butt and actually saved the day.

The teenager only found out her android status when the possessed Fairchild ripped her arm off and showed her internal circuitry. This created an awkward pause in the middle of the brawl.

Later, when I.O. found them again, she bought Lynch the time necessary to launch his aircraft. She did so by delaying a full complement of Black Razors trying to breach the safehouse perimeter. When her beloved kids were safely out of the way, she blew the house and the soldiers up, along with herself.

Anna is the exact archetype of the French Maid , with a short black dress and a white lace apron.

Anna’s personality is caring and nice. Her programming is one of high standard language and behavior. Indeed, I would not be surprised if she spoke with an English RP accent.

Anyway, even in the fuzziest moment of a fight, she remains calm and still speaks in the most correct language. Never a bad word in her expression.

“You will eat this meal, young man, and like it ! And you, young lady, are supposed to eat a sensible meal with this concoction !”

Bonuses and Limitations:
Bomb is self destruction. 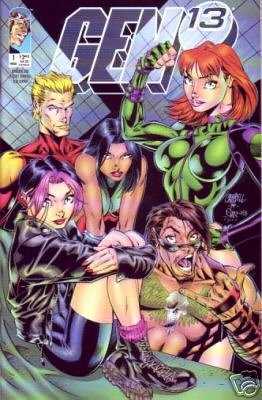