Annette is particularly strong and athletic. She can lug around the XCom heavy infantry ordnance during an entire assault without much hindrance.

She can also keep pace with crack XCom tactical operators trained in a low-flash form of parkour suitable for armed and armoured people.

(Again, this version of Annette happened to be a Heavy. In other games her abilities will be different if she belongs to another class).

It seems likely that she was a proficient professional athlete before her abduction. Perhaps she was a powerlifter who evolved toward CrossFit or similar athletic training. If so it wouldn’t be surprising, in a French context, if she also held degrees in sports education and/or sports medicine.

Ms. Durand is near the peak of human psychic potential.

Early on she was used as a sort of amplifier for the mind control abilities of certain Sectoids. She’d apparently boost both their range and the number of minds they could control simultaneously. However, abuse of this power damaged this portion of her brain and it is doubtful she could do it again.

Due to her power level she could be quickly trained by psionic  XCom operatives. Annette’s powers include :

XCom invested heavily in keeping Annette alive on the battlefield. She is, after all, their most powerful psychic.

By the time she joined XCom, that secretive organisation had gained a considerable understanding of alien genetic manipulations. XCom scientists could rewrite large chunks of the DNA of their soldiers to make them superhuman.

XCom also has, by this point, duplicated and adapted a lot of alien hardware over months of feverish work. Thus, its troopers pack considerable sci-fi firepower. The heavy infantry gear issued to Ms. Durand includes:

Annette Durand was a French citizen of unspecified background during the series of alien attacks that shook the world.

An attempt at kidnapping her was foiled in unclear circumstances. One imagines that a small alien team was dispatched to capture her, but was repelled by French authorities.

Why aliens had come specifically after Ms. Durand was unknown at that point. The French military attempted to evacuate her to a fortified position. They quickly assembled an armoured convoy. 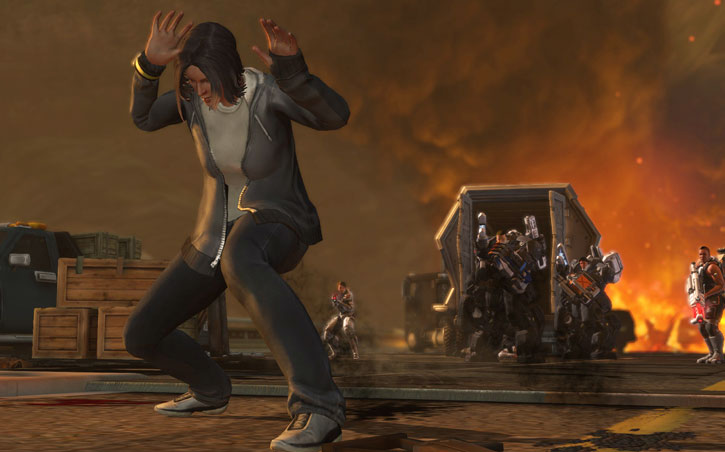 Near Lyons, this convoy was attacked – this time by heavily-armed Human mercenaries. Though the mercenaries suffered heavy losses, they did capture Annette. The attack killed all the soldiers defending her, plus numerous nearby civilians.

The XCom tactical team swept in soon after. It ran into alien Thin Men who were apparently trying to find some trace of Annette. The commando disposed of them. They found a surviving mercenary, whom they captured and brought back to XCom headquarters.

Whether the prisoner talked is unrevealed. In any case, XCom eventually determined that the mercenaries worked for a secret organisation called EXALT. At first, XCom’s impression was that EXALT were quislings  collaborating with the aliens.

Meanwhile, in the hands of the aliens, Annette and other selected Human subjects were tortured using medicine and telepathy. These subjects had latent psionic abilities that seemed of high interest to the aliens.

After XCom raided the aliens’ planetside base, the extra-terrestrials prepared a retaliatory raid on XCom headquarters. A key asset was the Human psionics, whom the aliens used as a sort of magnifier for their mind control abilities.

This allowed for taking over a number of Xcom technicians and engineers. This in turn made the fortified headquarters vulnerable to an assault.

XCom narrowly defeated the attackers, but couldn’t determine right away how the mind control manoeuvre had succeeded.

EXALT then attacked the aliens in order to recapture Ms. Durand. This clearly demonstrated that they were not pawns of the ETs after all. It is possible that they somehow seized the moment when the Human psionicists were being transferred back to captivity after the failed raid against XCom HQ.

One gets the impression that the other Human subjects used against XCom died from psychic stress during the battle. Or perhaps they were killed during the EXALT raid. 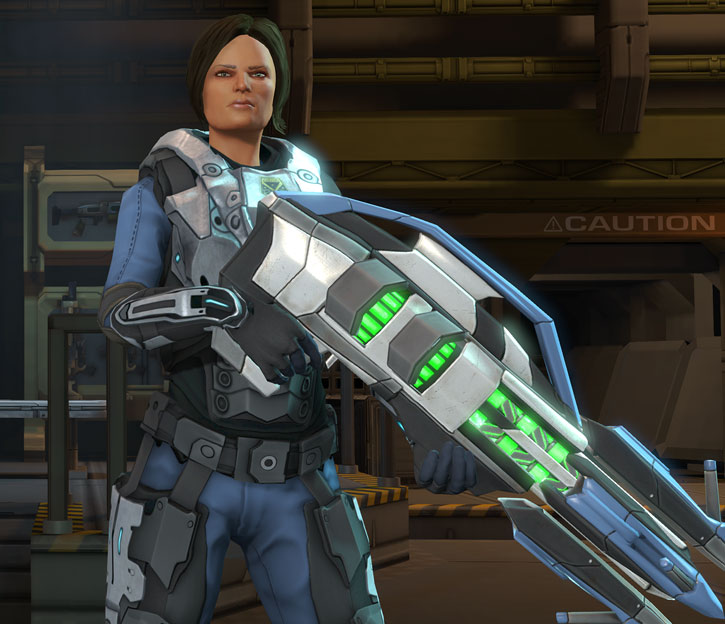 The extra-terrestrials reacted in anger. They located the EXALT extraction team while it was driving away over a dam. They shot EXALT troops to pieces, also damaging the dam and killing most people nearby.

XCom immediately detected the attack. Its tactical cadre arrived in the scene just as alien troop transports were coming in.

Rushing in as the dam was beginning to crumble away, XCom fought through alien arrivals. They reached Ms. Durand just in time. On her side, she had used her psionic abilities to kill the EXALT guards within the vehicle holding her. However, she was still in partial shock over the torture and seeing many of her fellow abductees die.

Annette expressed a strong interest in joining XCom’s tactical operators. She craved revenge and wanted to help rescue her fellow abductees. Given her athletic capabilities, strong willpower and demonstrated psionic strength, XCom agreed to train her. The 4th Company training was pretty much ideal given her profile.

Ms. Durand became a fixture of the XCom tac ops team. She brought both her psychic strength and her plasma BFG  to bear against aliens.

The information she provided also helped XCom rescue three other psionic captives, who also enlisted with the organisation.

The following are animation tests by a Firaxis artist who worked on the character. They include the audio for her voice. For what it’s worth, her French accent sounds about as accurate as Dr. Vahlen’s German accent.

Not much is visible in the game. During the cutscenes where she appears Annette is still in partial shock over the psychic abuse.

She’s not an experienced fighter and doesn’t have a lot of tactical experience. But she’s aggressive and has a strong killer instinct without being gung-ho. She also really really wants to keell zee ahliens.

Her mistreatment may have left her with a mild fear of the dark. But she’s generally a solid trooper.

Annette feels that she owes her life to XCom. Especially since she was also used against her will as a weapon in a raid that killed a number of XCom HQ personnel.

The simplest parallel would be for Annette to have developed some minor super-powers during the Invasion . She would then have been authorised by the French government to enlist with the Human Defense Corps.

A XCom-type scenario would probably involve the Psions as the “boss” aliens behind it all. 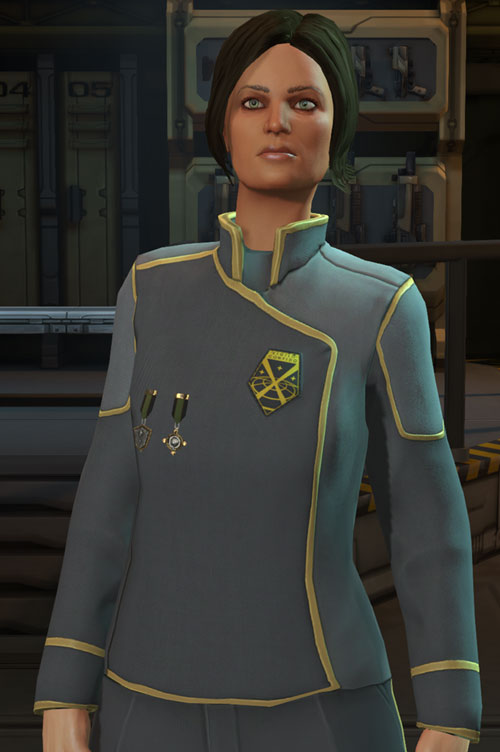 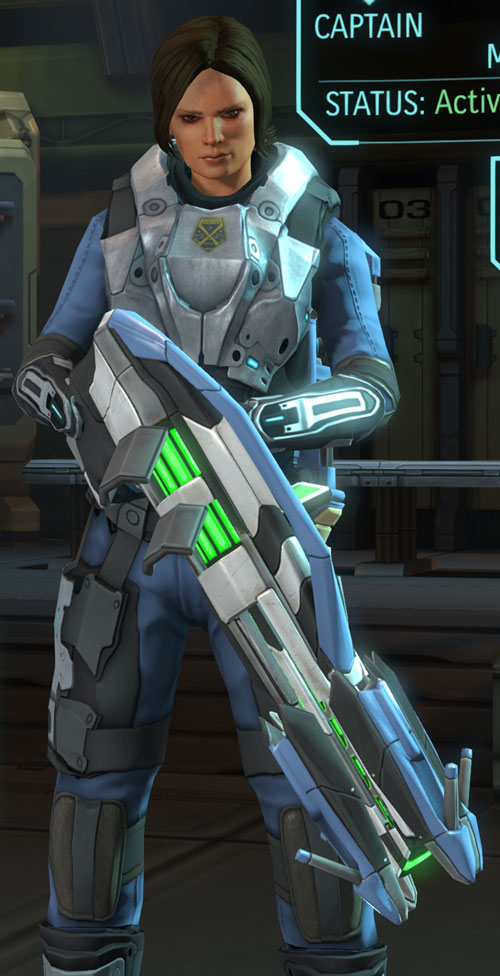 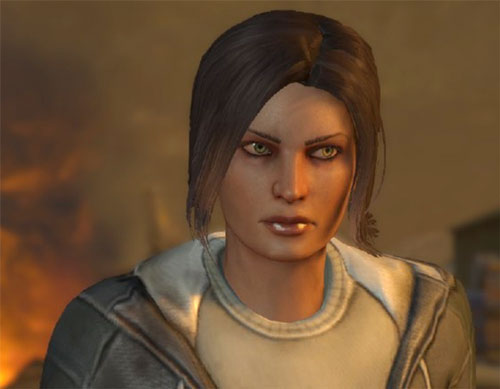