Annihilus is a powerful conqueror and destroyer from the Negative Zone . He can take on the Fantastic Four by himself.

While his body is powerful in itself, most of his power comes from an extremely dangerous artefact, the Cosmic Control Rod. When the Rod is taken away from him, Annihilus loses the benefits of the Immortality advantage it confers, and is highly weakened by all the delayed aging.

Annihilus mostly uses the Energy blast and Matter Manipulation powers, but has been known to Teleport or use Time Travel.

Centuries (or more ?) ago, the alien Tyannan species set out to fertilize barren worlds in the Negative Zone with bio engineered spores. One of their ships crashed, and one of the spores that was released mutated.

It grew up into the insectoid being now known as Annihilus. He used the resources within the crashed ship to educate himself and create the powerful artefact known as the Cosmic Control Rod, which made him immortal. 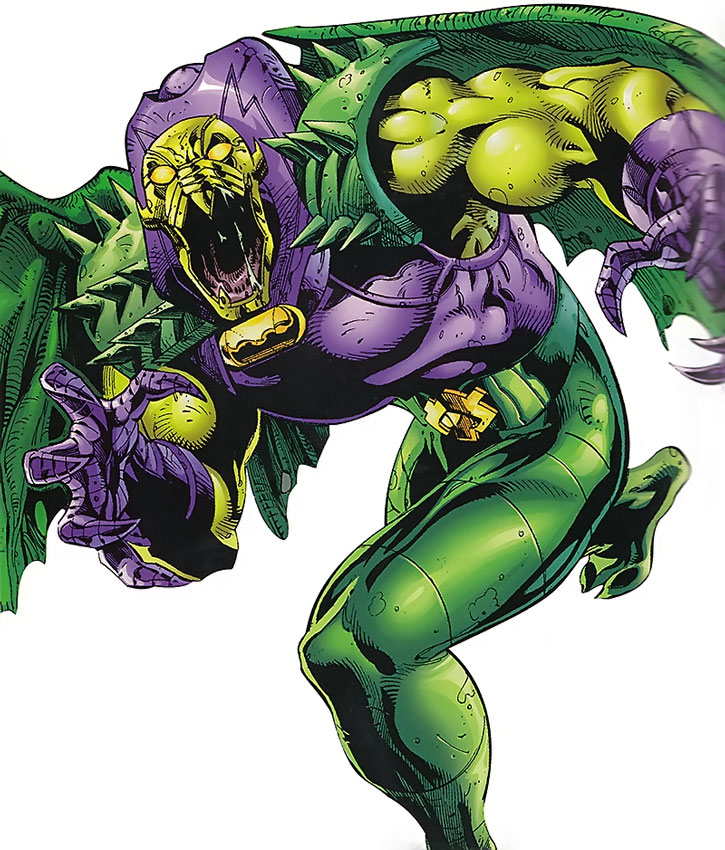 Annihilus is the Negative Zone’s answer to Genghis Khan . He conquered a multitudinous planets in Sector 17A of the Negative Zone, where leads the portal invented by Reed Richards. He fought the Fantastic Four and Avengers numerous times, and has been locked for years in a war against Blastaar, another Negative Zone conqueror.

Annihilus is an humanoid insectoid, with a nightmarish, Kirbyesque head but an humanoid, light green body. He has large, pine green bat-like wings. Annihilus wears an heavy magenta and pine green carapace/armor, which may or may not be a natural exoskeleton.

Annihilus is a raving megalomaniac and paranoid, who thinks his sole destiny is to conquer and destroy, and that everyone is out to get his precious Rod. He’s a classic villain, bent on being haughty and inflicting megalomaniac speeches to his adversaries, whom he chronically underestimates.

Can you say “Qward” ? Annihilus would thus become an independent conqueror, wishing to be the new Anti-Monitor and viciously opposed to the Weaponers. Blastaar would be one of the Weaponers.

Kansas Jim’s version is even cuter : “I think I had it the other way in my writeup, Annihilus arose out of the Weaponers of Qward (perhaps the Cosmic Control Rod came out of the wreckage of the Anti-Monitor’s devices ?) and Blastaar was a conqueror from somewhere else (Blastaar always came across as a bit more honorable than the Weaponers did.)”

Drawbacks:
Authority Figure, SIA to Power, CIF of having the Rod taken from him, MPR (paranoid), Loss Vulnerability on Attributes and Powers when away from the Cosmic Rod.

Source of Character: Fantastic Four and other titles (Marvel universe). 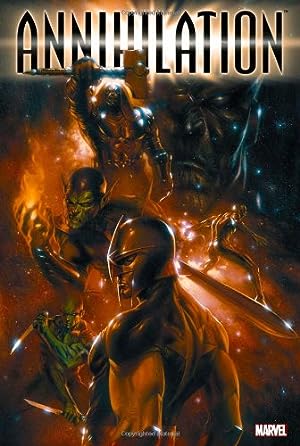 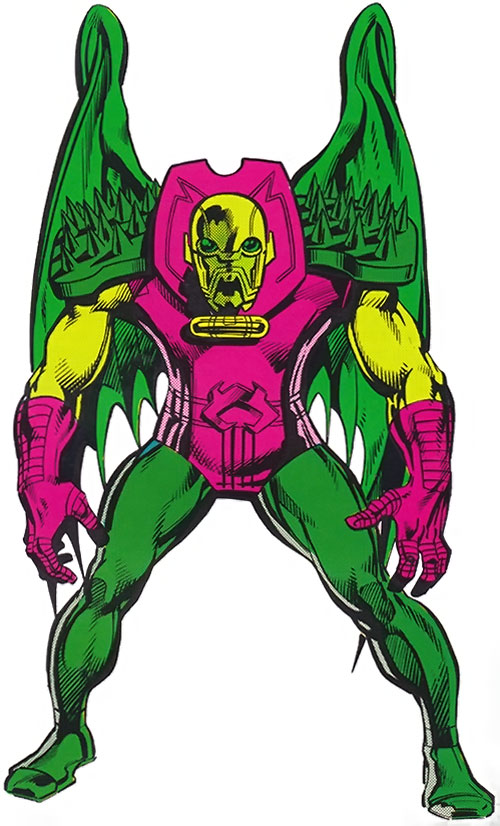 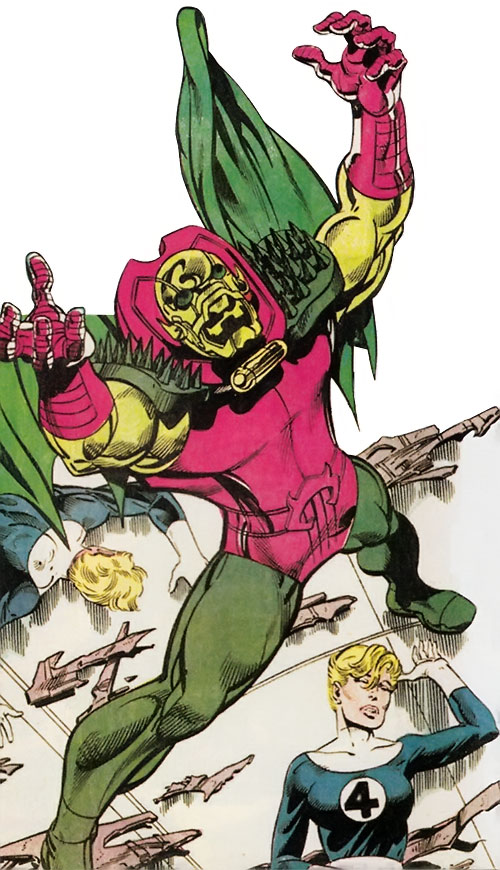