In practice this means he can fire blasts of electricity. He can also remotely supply power to electrical devices in place of their normal source, and has some kind of super-sight which allows him to see clearly at a range of about 60km (40 miles).

A successful and famous actor, Henry’s resemblance to Tony Stark saw him portray Stark on screen. He and the famous industrialist became good friends.

(Hellrung seems to have played Tony Stark as Iron Man, even though he wasn’t publicly known to be Iron Man at the time. This is probably best considered as creative licence from the TV show.)

Joining AA , he got himself straight. Henry became the poster boy for AA in Hollywood, salvaging some of his fame. He also became Tony’s sponsor when Stark sobered up.

So when Stark started up the Order program, he recruited Henry to lead the team.

The Order responded to Namor raising a menacing wall of sea around San Francisco. The Submariner surrendered himself to their custody rather than that of S.H.I.E.L.D., as a slight to Stark. Anthem questioned him, trying to convince him to drop the sea wall, but Namor insisted on the recorder’s batteries being removed before he’d speak.

He then admitted (arrogantly) that he’d accomplish more as a political prisoner than vainly leading his people back and forth across the ocean floor in a vain search for a homeland he didn’t believe they’d ever find. Anthem’s powers let him power the recorder himself, and he used the too-honest admission to force Namor to lower the water. 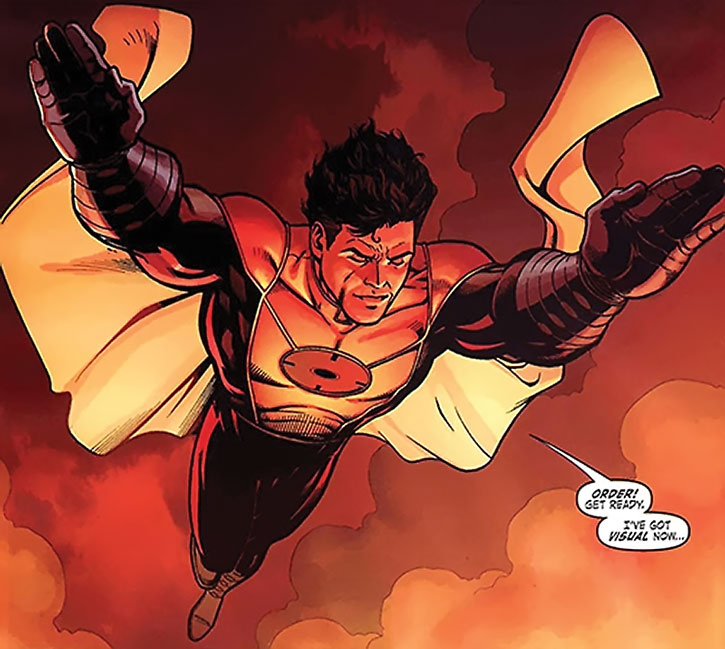 When the Order finally found Mulholland, abandoned atop one of the Watts Towers, her powers out of control, Henry leapt to her side. He tried to comfort her as her powers grew out of control.

When it became obvious she and LA probably wouldn’t survive much longer, he ended her suffering.

Sober and earnest, Anthem tries hard to be a leader, despite not feeling qualified. Therefore he tends to come across as stiffer than he is, and he’s frequently second-guessing himself.

Initially he had trouble remembering the names of his team mates.

Mulholland’s fate left him more determined of his role, and wanting to gain revenge for her death.

“So here I am. A one-time actor according to Wikipedia, a full-time drunk as a matter of public record, and the guy that made AA cool in West Hollywood on Friday nights about a hundred years ago. Are you sure you want me to lead your little super hero team?”

“All right, Order, shut him down.”

“I’m just trying to do the next right thing. One right thing at a time, lined up in a row. That’s it.”

Writeup completed on the 3rd of December, 2011. 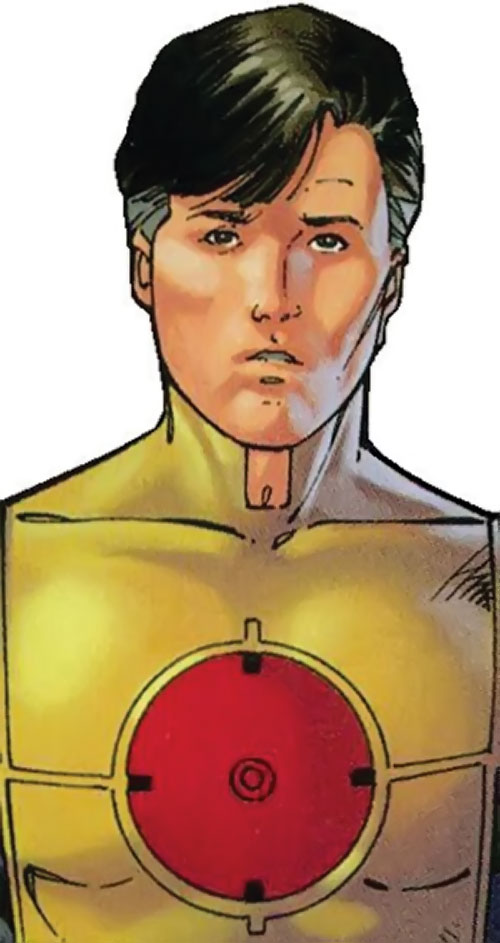 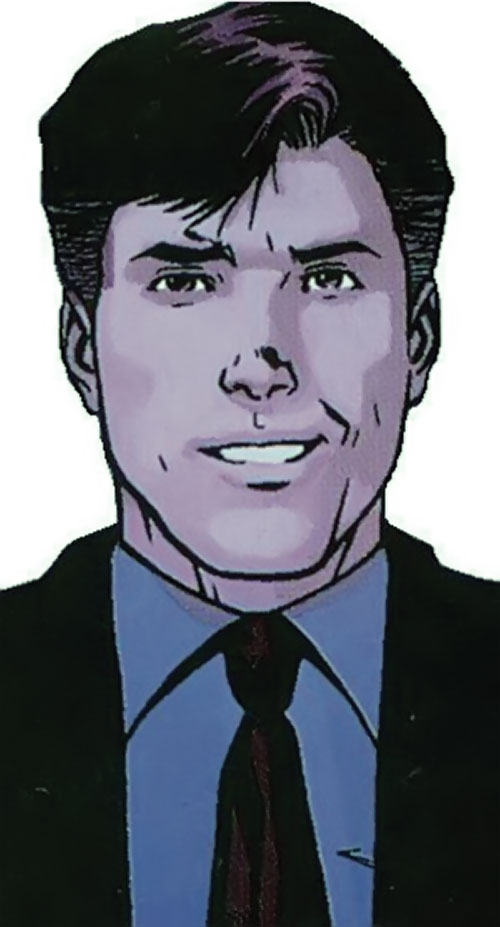 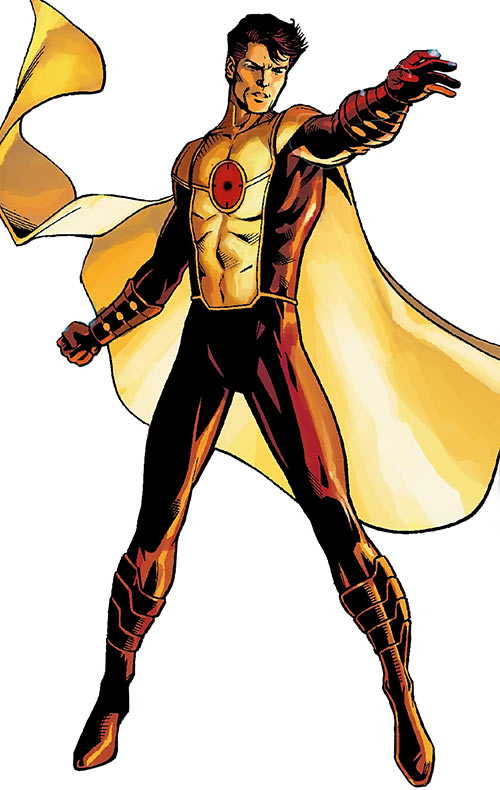 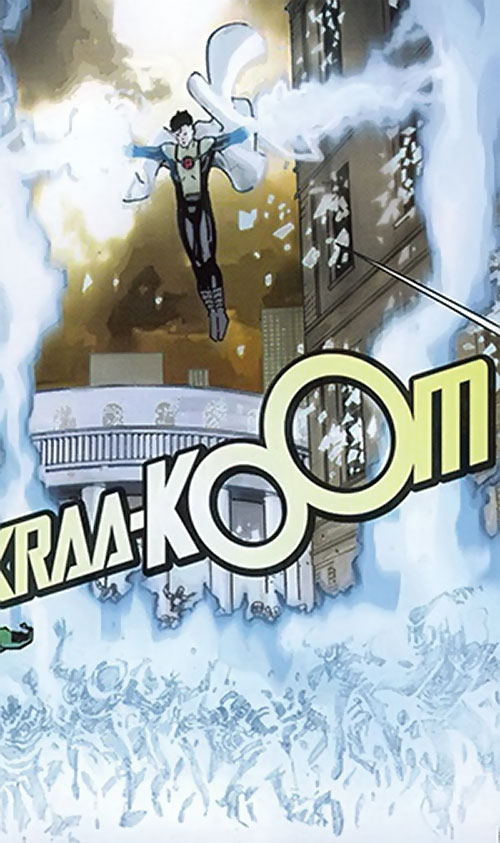