Anthro is a boy in excellent physical shape and with a gift for combat.

However, his greatest power and weapon is his quick-to-adapt mind and his ability to show compassion for an enemy.

The dinosaurs had long since died off and the Neanderthal Man was giving way to the Cro-Magnon. Homo sapiens sapiens was finally coming into its own.

(Apparently, Cro-Magnon was then seen as a spontaneous, evolutionary mutation from Neanderthal. Or at least it was by comic book writers. But this view of human evolution might well be true in a super-hero universe). 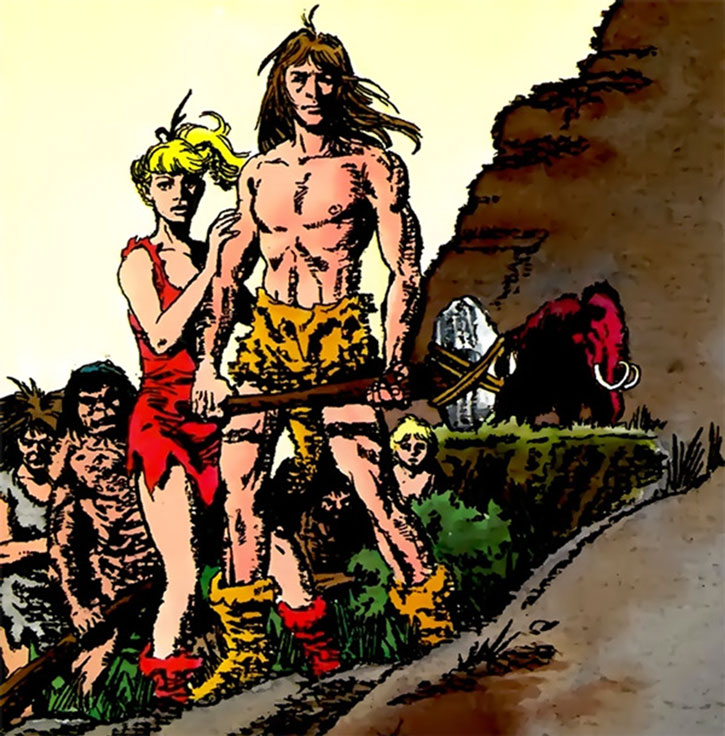 Societies were forming, people were coming together, and times were moving forward without stop. Yet, this was a world caught in the moment of change. The old existed side-by-side with the new, while resenting that its time was over.

Into this world was born Anthro, the first Cro-Magnon boy. His Neanderthal father still firmly clutched to the roots of the past. Ne-ahn was chief of the Bear Tribe, and Anthro’s mother, deceased, was from another tribe long thought destroyed.

With no permanent home to speak of, the Bear Tribe lived a nomadic existence, trying to survive the hostile elements in an ever changing world, the dawn of civilization.

Anthro, the first boy on Earth

Compiled By Sébastien Andrivet (stats from 2nd edition, history from Who’s Who). 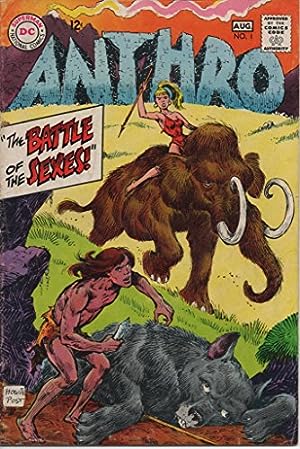