(These very old notes are about an original sort-of-character used in a DCH game. It stems from an adversarial GMing style that isn’t generally shared by the contributors — Ed.)

This character is a version of myself I use when players think that there is nothing their PC can’t do. Antithesis is much like Ambush Bug except that Antithesis can be deadly if need be.

However, I have him around just to teach players that no matter how powerful one may be there is always someone tougher and in my case it’s me, the GM.

Many heroes and villains have had to put up with Antithesis’ evil clones going about giving the original a bad name (or in case of a villain, even a worse name).

Seriously though, when a PC thinks he can handle anything let old Antithesis teach them a lesson. After all it would be rather difficult to beat five clones of yourself. BWAHH-HA-HA-HAH-ha !

Not really worth mentioning as no one cares.

Antithesis generally appears as a big (6’2’‘&280lbs), slightly scruffy Caucasian in his early 20’s with dark brown hair and glasses. It’s a good guess that some or most of his clothing will be dark or black in color and odds are he’ll be wearing some sort of hockey jersey.

Other than that he can take the shape of a hero or villain that he is cloning.

Antithesis isn’t such a bad guy. Depending on what’s going wrong in his life Antithesis can be lazy, driven, pessimistic, peeved and so on. Generally whenever he shows up to screw with PCs he can be a real @$$-hole who everyone wants to beat the $#!+ out of everyone. See this way it can really help pick up his spirits.

Some times though a thorough humiliation will do and Antithesis may leave it at that. 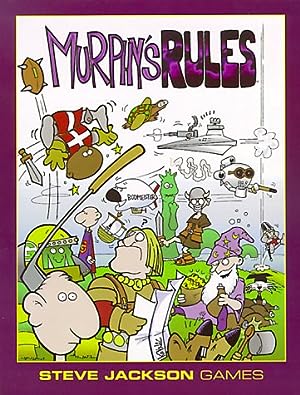