The Antithesis is an early Teen Titans foe, whom they fought in 1978. There have been further flashbacks about this adventure since, but when these notes were taken the 1978 version was the only one.

These notes are among the very oldest on the site, so they’re succinct. They were primarily about adapting DCH stats from the hard-to-find Titans sourcebook.

A powerful mentalist and JLA-level opponent.

The Antithesis was a strange entity, somehow imprisoned in the Justice League computer mainframe during an untold case.

Accidentally released by Brom Stikk, the Antithesis turned Stikk into Mister Twister, a minor villain who lost against the Teen Titans. It then to send the Justice League members on a super-crime wave before being defeated by the heroes’ junior sidekicks, the newly-formed Teen Titans.

As he was thrown back into Limbo, he swore vengeance, particularly on Robin, who had masterminded the counterattack.

Sometime later, Antithesis pulled Stikk into Limbo as well. He transformed him into the Gargoyle, a villain with great physical power. So far, all their attempts on revenge have failed and they are still trapped in Limbo.

The Antithesis is not a fighter but an intelligent supervisor of the evil he causes. It tends to talk too much in combat, proclaiming his omnipotence before he has achieved it. 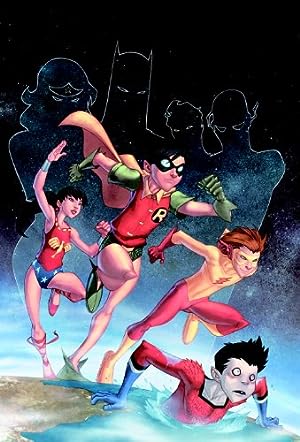