This is a monster from the landmark Doom video games of the 1990s. For more context, see our Doom marine profile.

These walking gun platforms can unleash a barrage of plasma bolts, acting as an effective light anti-personnel emplacement and providing suppression fire for other demonic troops.

The Arachnotrons are the rapid-fire gunnery support of the demon castes.

Take a giant mutant brain the size of a beachball with a vaguely human face on it, saddle it on top of a slightly smaller blocky robotic four-legged crawler with a stubby plasma gun barrel poking out the front.

Keep an eye out for enemies. When a foe is spotted, hunt him down and hose him with pulse bolts.

Drawbacks:
Catastrophic Rage (if hit by an attack that is not another Arachnotron’s Energy Blast, will always attack the offending creature even if it is an ally), Miscellaneous (a moving Arachnotron makes a distinctive metallic shuffling sound that can be heard at quite a distance — characters trying to detect or locate a moving Arachnotron get a -1CS Bonus to the OV/RV of the Perception Check), Strange Appearance. 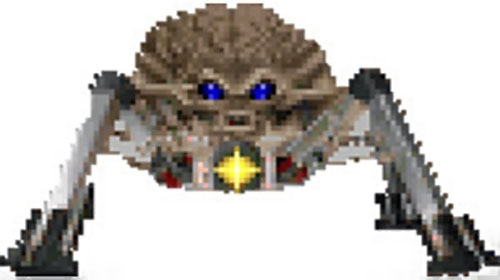 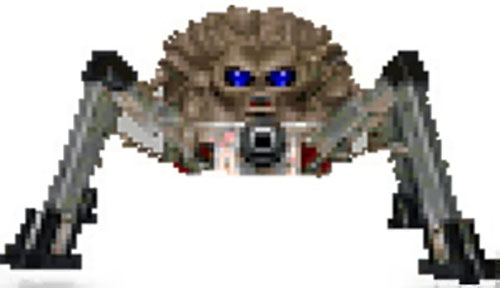