Arak the Wind-Walker can summon and control spirit winds (in DC Heroes RPG terms, Air Control). Those seem to have characteristics that vary depending on the spirit. So, the panther winds are faster, the bear winds are colder and carry snow, and the moose wind is heavy with fog. But these differences do not seem significant in game terms.

He also an excellent self-taught metallurgist, having produced chains with a BODY of 12 or even greater, and a professional-level mechanic. He’s the one who fixed the various 1940s cars left around the ghost town they live in, though their driver is usually Mister Bones.

Helix members were raised outside of conventional morality. Until their late teens, they only knew about the world through television. They entered into contact with the world as rowdy teenagers, which led to considerable trouble and further sharpened their clan-like mentality. 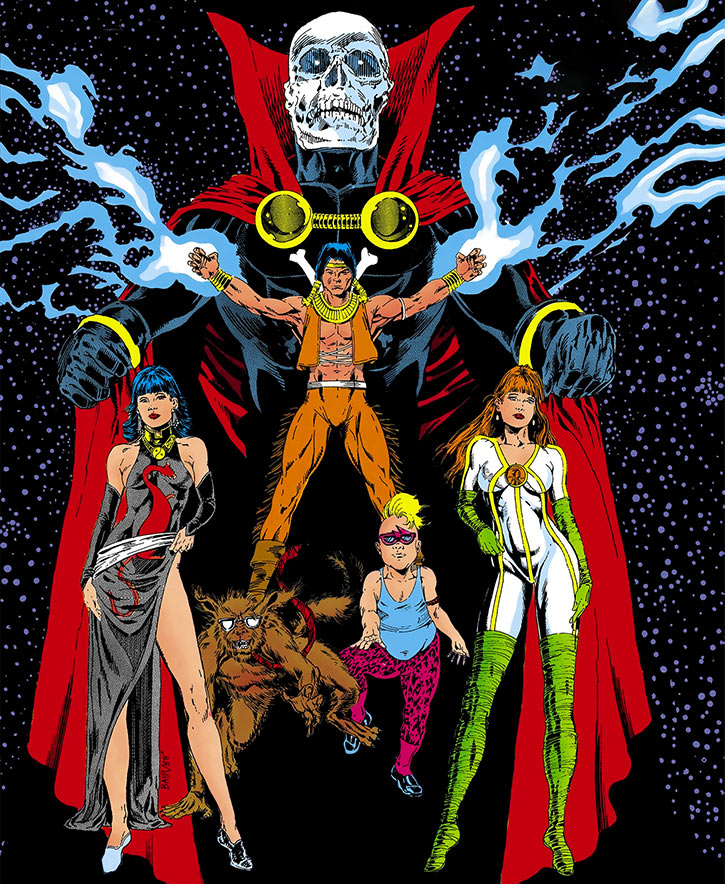 Arak behaves like one of the youngest of Helix. He’s rowdy, immature and tends to feud with Tao Jones. He likes to announce the summoning of spirit winds with corny, heavy-handed poetry, and is a fan of big, expensive, luxurious cars.

After they started leaving the house, he started getting fascinated by youths fads. This being the 1980s that meant things like skateboarding. Generally speaking he is annoyingly juvenile, and gives Mister Bones a lot of puerile talkback.

“Come, panther wind — violent, whining, tearing ! Let these mortals feel your power if they dare to step within its deadly province, and let them bear witness with their eyes if they dare not !”

(Blasting Northwind) “Nothing like a blast of panther wind to upset a flight plan, huh, feathers ? Or did you forget that my ancestors used to pluck yours to make war bonnets ?”

Equipment:
Arak took to carrying an early model of walkman during the mid 1980s. Asides from the obvious functionalities, it can serve as a source of electricity for Penny Dreadful. 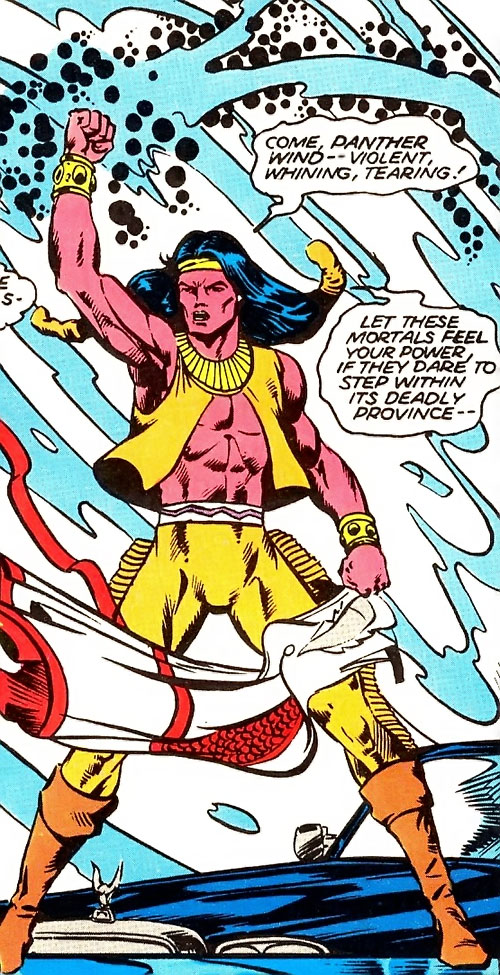