This giant monster was seen in… mmmm… I’m not sure I remember, since it had no name in the story. Early 1990s L.E.G.I.O.N. or Lobo comic, I reckon.

Anyway, it’s a giant monster from Apokolips. At some point, you’re going to need one right ?

Arakno-Mekkanoids are huge combat robots bristling with armor plating, buzzsaws, guns and the like.

Apokolips robots are normally equipped with self-destruct mechanisms. Ffor something of this size that would be Bomb: 10, goes off when current BODY condition is a 03 or less. Yet the one encountered didn’t explode. That may be a fluke or Arakno-Mekkanoids might not be rigged for self-destruction for some reason.

Arakno-Mekkanoids are combat robots meant to quell serious, armed disturbances. Parademon patrols can sometimes call one for backup if they feel things are really out of hand. This particular one was seen and defeated by Lobo when he crashed a large number of drunken partying bounty hunters on Apokolips. 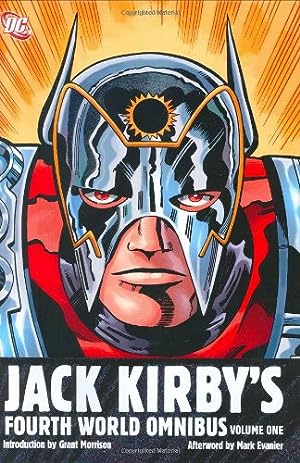 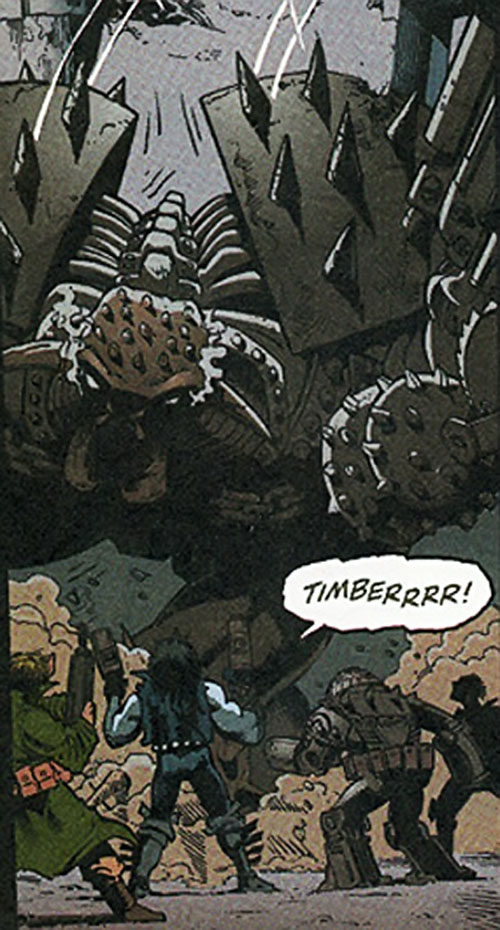