Arcimboldo is capable of changing parts or all of his targets into other materials. This is usually based on the works of Giuseppe Arcimboldo .

Examples of changes he has made include:

He can also reverse the change at will.

Arcimboldo took his name from the artist Giuseppe Arcimboldo, whose work he tries to copy with his powers. He either received his powers, or had them boosted, by Neron.

In return for this, the Dystopia team undertook to serve Neron. They were to kill the sister Violet Jones and Pansy Smith. The two ran a Coffee Bar called Crossroads, where the Sovereign Seven worked.

When Dystopia attacked, Violet and some of the Seven were in Gotham. Dystopia quickly overcame Cruiser, Rampart and Pansy. They held them captive until they could also capture Violet. Bosch travelled to Gotham, hunting down Violet. This left Arcimboldo and Escher guarding their prisoners.

Cruiser and Rampart were freed by Daisy Miller, Violet and Pansy’s cousin, and her friend Casey Rassendyll, who had been in the bar when Dystopia attacked. They managed to overcome Arcimboldo and Escher, who were then handed over to the authorities.

Cruel and brutish, Arcimboldo enjoys the suffering of his victims, viewing the emotions it evokes as a judgement of his art.

Bonuses and Limitations:
User can choose Mutation instead of rolling (+2), and Mutation may only affect part of targets body (+1). 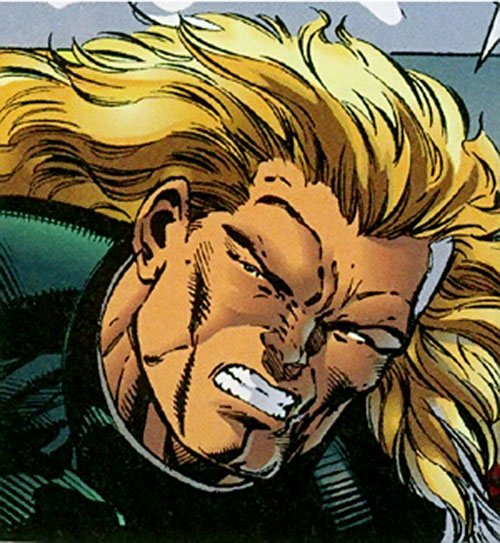 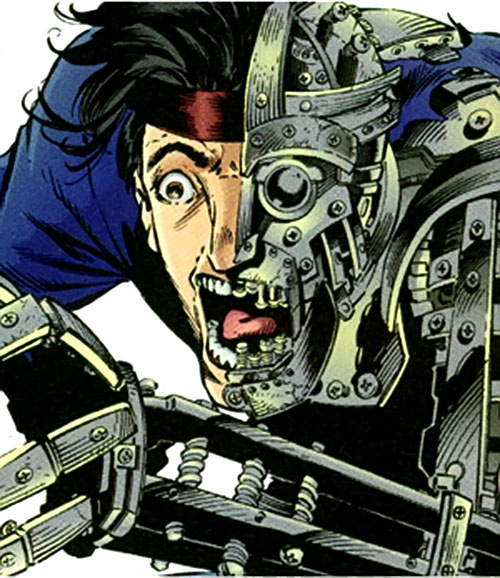 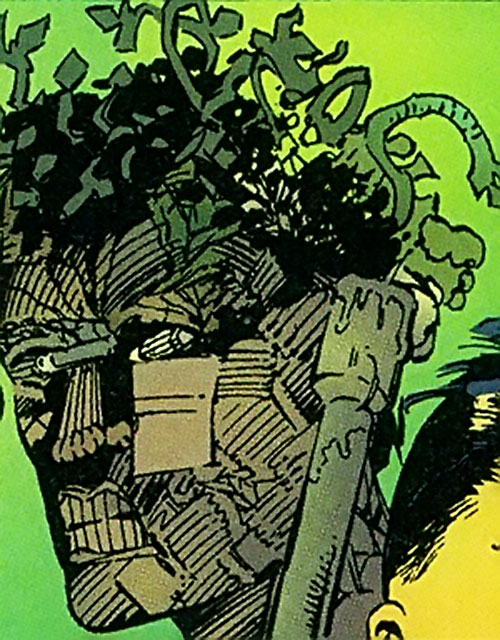 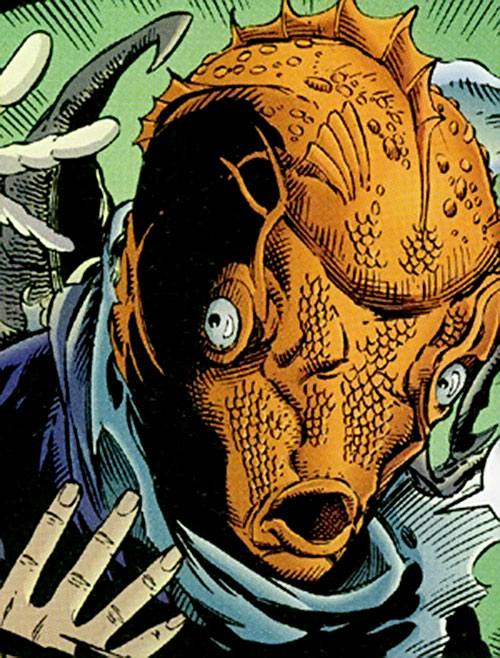