Arclight’s mutant ability is to project kinetic energy from her body. She uses this to create small earthquakes by stomping on the ground and punching holes in objects and people with her fists.

In DC Heroes RPG terms, he often uses the Planned Knockback Maneuvre (with her EV) against superior opponents (and probably spending Hero Points  on her AV while doing so). The goal is to knock them out of melee range to allow her teammates with ranged attacks to finish them off.

As protection she wears a silvery suit, although her natural strength and endurance are already superhuman. She’s quite adept at hand-to-hand combat and as a former soldier she can handle weapons and has some military skills.

The mutant known as Arclight, Philippa Sontag used to serve with the American ground forces in Việt Nam. The experience proved traumatic for her. She’s still haunted by the memories from that place. After returning home she redirected her rage into body building, which further augmented her mutant abilities after which she started to work as a mercenary.

Some time in the past she was recruited by Mr. Sinister to join his group the Marauders. It was the largest collection of superhuman slayers ever assembled, and has since been part in all the major operations of Sinister (including the Morlock Massacre). Quite soon she became a couple with her teammate Scalphunter, which probably is the only person she cares about.

Arclight continues as a henchman of Mr. Sinister. Like all the other Marauders she’s been brought back from death several times by replacing her with an identical clone of the original. She seems to be on the Marauders team on a permanent basis, much like teammates Harpoon, Malice, Scalphunter and Scrambler.

Combat experience in Việt Nam for a woman ?

Arclight’s background includes combat experience in Việt Nam, which (outside from the obvious chronological problems, which are usual in the Marvel universe) is historically a bit difficult. The two main possibilities are:

Arclight is an athletic woman with short purple hair and purple eyes. Her entire body, except right arm and head, is covered by a silvery armor that gives her some protection against physical attacks. On the free right arm, she wears a silvery arm band.

She started out with a long, feminine hair and no shades. She later had a look of short hair and heavy silvered shades. This later look is better, more befitting and more butch.

Like the rest of her fellow teammates, Arclight is a cold, cruel killer. She sees no difference between the massacre of the Morlocks and the obliteration of an insurgent-harboring village. Thus all enemies (or innocent bystanders) are in lethal danger in her vicinity.

She enjoys a challenge in combat, and prefers to pit her skills against individuals with an impressive reputation. Unless there are tough opponents to go up against during a mission she tends to get impatient or bored. She follows Mr. Sinister’s orders fully and completely.

Teammate Scalphunter is her lover and joy and the feelings they share are those of two people in love. Towards the other teammates she’s mostly cold, blunt and to the point.

All the cloning that has been done on in Sinister’s labs makes her pretty uncertain of which one in the order she really is, but this ain’t bothering her at all. Mayhap it is even firing her rage further.

“We’re up against the X-Men ! Hot dog… some real competition !”

Bonuses and Limitations:
Vibe has a Range of Touch only. 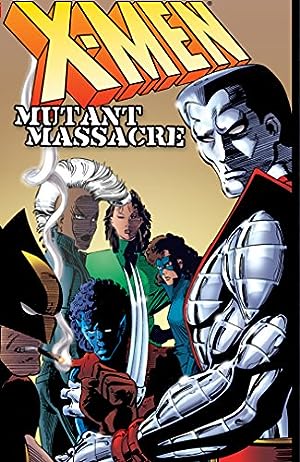 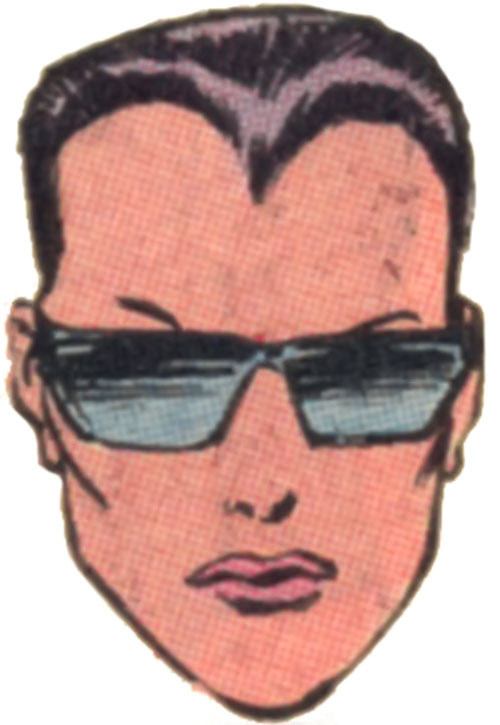 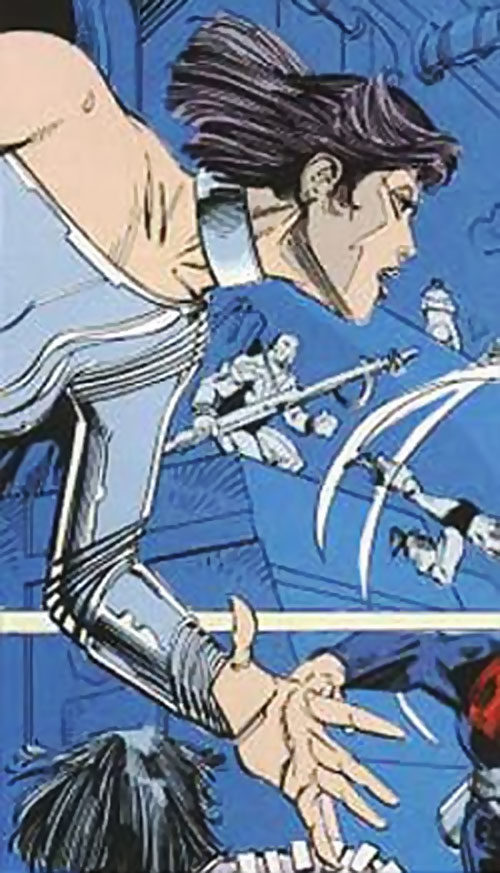