Arion’s magical abilities have slowly decreased to the level of power described in the stats. This power level is for when he sacrificed most of his magical power to save the Light from Frostfire. At this point, he has to use a source of energy to perform powerful magics, such as a fire or an earthquake.

When powered up, Arion can do things like increasing his size, creating energy forces, tidal waves and other disasters, etc.

At any time, he can project illusions upon existing dust or water vapor ; he also possesses a limited but heightened sixth sense, warning him of danger.

On the continent of Atlantis, a focal point for unharnessed magical energies, homo sapiens evolved into Homo Magi (also classified as Homo Sapiens Magi). That was a result of their exposure to these energies.

The people of Atlantis quickly adapted to the environment, eventually learning to master it. Thus Atlantis produced a line of mages and magicians and soon became a cradle of civilization. In the burgeoning metropolis called the City of the Golden Gate, on the coast of the continent, a series of kings and queens guided Atlantis through its early years.

At some point a group of magicians formed the Twelve Crystals of the Zodiac (also known as the Twelve Gems) with magical properties to help differentiate power and status. The twelve gems contained unparalleled power and were never kept together.

At the end of this period the Atlantean sorcerers known as Calculha and Dark Majistra have two sons, Ahri’ahn and Garn Daanuth. Calculha, a follower of the Light, raises Ahri’ahn, while Majistra raises Garn and teaches him dark sorcery.

In a ploy to gain vast mystical powers Majistra and her son Garn use their magical abilities to gather the Twelve Crystals, an act that triggers a cataclysm that threatens to destroy Atlantis. Their ploy is ultimately thwarted by Calculha and Ahri’ahn. Ahri’ahn sacrifice himself to disrupt Majistra’s control of the crystals, thereby averting the cataclysm.

As a result of his sacrifice Ahri’ahn is turned into pure energy, Calculha is exiled to the Darkworld, and Garn’s body is drained of all color. Calculha then forms Ahri’ahn’s life energy into a sphere that he sends into outer space.

During the 100.000 years since the disappearance of Ahri’ahn, Garn Daanuth had studied and mastered dark sorcery. Thus he became a threat to the existence of Atlantis, which he threatens to engulf in a new Ice Age.

Calculha brought back Ahri’ahn to Earth where he regained human form and became known as Arion, Lord High Mage of Atlantis. Over the following centuries Garn and Arion clashed many times.

When the ice queen Frostfire attempted to do what Garn couldn’t, Arion had to sacrifice most of his magic. This sacrifice prevent her from stealing the Light forever and triggering a new Ice Age. He then set out to find other civilizations and explore new territories.

In the process, he founded a colony in the dimension of Skartaris . That is from where he sent his grand-daughter in a symbio-ship into the far future, along with a set of false memories. She would eventually become Power Girl – or perhaps note, depending on the week. During this period he also fought against Vandal Savage along with the Time Masters.

Toward the end of the period the Atlanteans fashioned an exploratory vessel. It was hurled to the stars with magical energy. 500 years later it returned, bringing aliens that threatened Atlantis’s existence. Though Arion fought valiantly, the City of the Golden Gate was destroyed and most of the continent of Atlantis sank.

Arion lived and long mourned the loss of Atlantis. For years, he despised the magic that defined his life and rejected the Art before he apparently died.

In truth, he survived, although powerless and pretty much bereft of drive. He observed the rise of mankind, but never participated. His only infrequent companions were a few surviving Atlantean deities and immortals, likewise powerless.

At that point, Arion was seen again in New York City. He was a grouchy poor old man eking out a living by running street cons, such as chess games and three-card monte. The nasty, anonymous, little old man in Salvation Army hand-me-down clothing was content.

But Atlantean magic returned in the 1990s, threatening to destroy humanity. To fight this threat, Arion was forced to accept the magic, returned to the height of his power and regain the youthful appearance he had lost *long* ago.

Arion managed to defeat the forces and energies of the Darkworld. He saw himself as being forced to take the mantle of humanity’s protector again, but finds this unpleasant and does not have a very good attitude about it.

For most of his career Arion was bright, energetic, brash, stable and grounded. He was a consummate wizard and willing ruler of men.

By Daniel Greenberg (additions for v1.1 by Sébastien Andrivet). 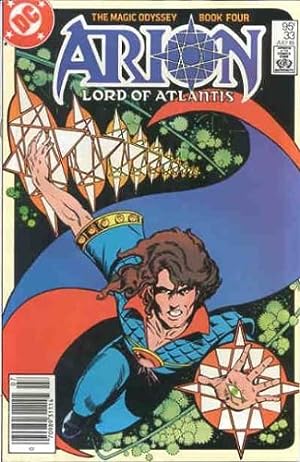 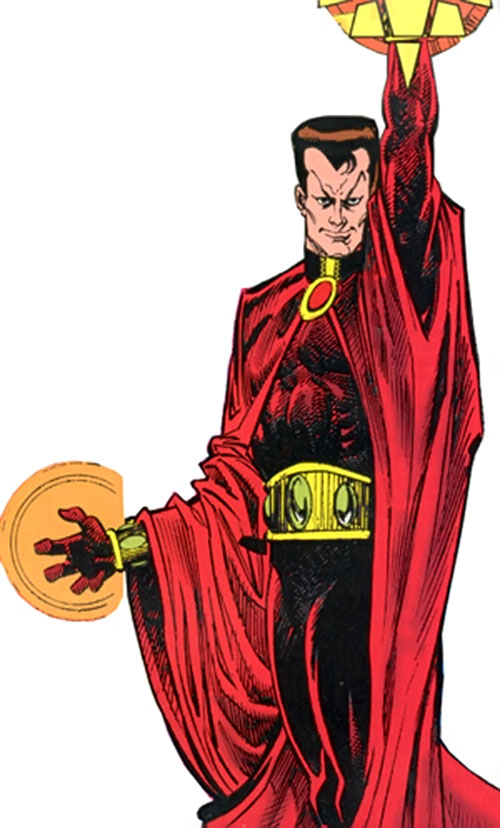