Rodor used to be an noticed inventor, although he later became more of a philosopher-scientist. He was a early Internet user (he had a connection in the late 1980s) and thus has vast online experience.

On the other hand, he has all of the myriad physical skills of a sedentary man in his 50s or 60s.

Since he has a lot of free time, he has continued to read voraciously and to extend his fields of knowledge. He is now able to conduct complex exegesis of obscure theological works with complex historical and philosophical references. He has also displayed medical skills. Rodor seems to be a true polymath.

Aristotle “Tot” Rodor was something of a child prodigy, showing a talent for invention from an early age. Though he was a natural genius, he was also something of a gadfly who never received his doctorate. Rodor refused to submit inferior work in the pursuit of advanced degrees.

Several inventions he developed while still in his 20s left him with a regular, if modest, income. Rodor retired to his home outside of Hub City to pursue his wide variety of interests. He also taught courses in advanced biology and philosophy at a nearby university.

Among Rodor’s students was the young, rebellious Charles Victor Szazs. Szazs would become famous as Vic Sage, the television investigative reporter. Some have theorised that Szazs may actually have been Rodor’s son, but there is very little to support that hypothesis.

Among his many accomplishments, Rodor co-invented Pseudoderm with Dr. Arby Twain. This is a unique artificial skin created to treat wounds. But this invention turned out to have a toxic flaw, and Rodor and Twain agreed to shelf it for the moment. However, Rodor later discovered that Twain was actually selling it.

He came to ask for his old student Vic Sage’s help in stopping Twain. It was he who fashioned a mask out of Pseudoderm for Sage, who became the Question.

Rodor served for a long time as Sage’s best friend and advisor. Sage even came to live at his place for a large part of his post-Shiva career as the Question.

Eventually, they agreed that it had become necessary to leave Hub City and did so. However, they were unable to convince Myra Fermin, the mayor of Hub City and Vic Sage’s great love, to throw the towel and come with them.

Little is known about the activities of Tot Rodor during the 1990s. Charles was eventually diagnosed with an advanced lung cancer ; after he and Tot exhausted the resources offered by conventional medicine (Tot having apparently significant medical knowledge), they searched for Charles’ old teacher Richard Dragon.

Eventually the three men spent time in the highly mystical city of Nanda Parbat in the Himalayas. There Dragon could use herbs that greatly eased Charlie’s symptoms and slowed down the cancer.

Charlie, whose symptoms had been almost entirely alleviated for a time, left to recruit a successor. Alhough he never revealed why, possibly even to Rodor, he chose former GCPD Major Crimes Unit detective Renee Montoya.

Montoya had hit rock bottom and was angrily destroying herself through alcohol, tobacco and depression. He helped her face her fears and start rebuilding herself, seeing that she had the right prerequisites to become the new Question when he would be dead.

During their adventures Charlie and Renee stole the holy book of a strange and powerful cult called the Dark Faith. When they got to Nanda Parbat, Rodor was fascinated by the book. He worked tirelessly to translate and explain it. Renee shared this fascination.

Charlie eventually entered the terminal stage of his cancer. Despite Tot’s and Richard’s care and Renee’s efforts, and died some weeks later. He bequeathed Tot and Renee a lighthouse, and obviously wanted Tot to work with Renee as she became the new Question.

Tot found that difficult. He was in deep mourning for Charlie. Furthermore, Renee was still crawling from the wreckage of her life and could be a difficult person to be with as she healed her emotional wounds and looked for meaning.

Tot seems to have gradually grown fond of the new Question, though. In an almost fatherly way that embarrasses him and which he doesn’t want to show.

Rodor originally had short hair and no beard.

Now that he seems to be in his early 60s, he has gone back to the shorter hair and being clean-shaved.

Rodor is a classic professional intellectual. He lives amidst books, the internet, some teaching, and correspondence with other scientists and philosophers.

He is quite intelligent and skilled at research. Tot greatly enjoyed teaming up intellects with Sage when the Question meet with difficulties. Whether it was a criminal mystery, a philosophical question about the right thing to do in a case, or the occasional scientific titbit.

Rodor is steeped in classic, Western culture and Greek philosophy. He finds Sage’s Eastern philosophy interesting and intellectually challenging. He also disapprove of his friend’s violence and find his curiosity excessive, but he understand those flaws.

He’s clearly not a man of action, however, and will be quite lost when quick and decisive action and decisions are needed.

He has a dry wit, especially when he makes friendly fun of Sage’s behaviour.

As of this writing, Tot is still dealing with the death of Charlie. He’s trying to make his relationship as the support for Renee as the new Question work despite his grief and regrets. 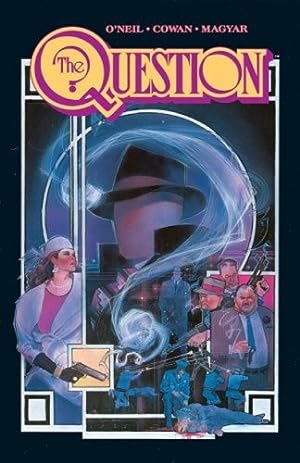 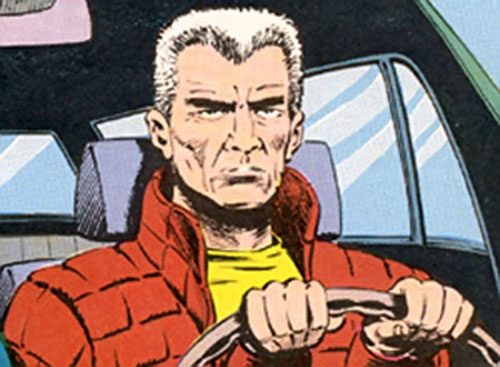