This old profile only covers his original appearance. There were some flashbacks later on, but these were written after this profile was done.

He’s got no arms ! But his teeth are really sharp.

As a youth, he worked in a mechanical laboratory in Munich. But one day his arms were caught in some machinery.

After the loss of his arms, he spent years training to make his teeth and legs abnormally strong and dexterous. Excessive development of his jaw muscles twisted his face into a hideous mass of bone and flesh. He also, naturally enough, began to hate machines.

After wrecking some German factories, the German authorities decided to send him to the USA. There he could wreck machines while aiding the German cause.

However, his evil schemes came to an end when the Angel happened upon one of the Tiger Man’s victims. The Angel visited the Tiger Man in disguise, but the Tiger Man could tell that the Angel was no mere waiter. With speed, power, and cleverness, the Tiger Man managed to escape from the Angel.

The Angel mentions that if his mad obsession (against machines) does not leave him, “we might unleash you on the Nazis.”

A mad psychopath when it comes to machines, the Armless Tiger Man is actually fairly intelligent and sophisticated, ordering a rare type of wine that is in short supply.

Substitute Mr. America — or Mr. Scarlet — for the Angel. 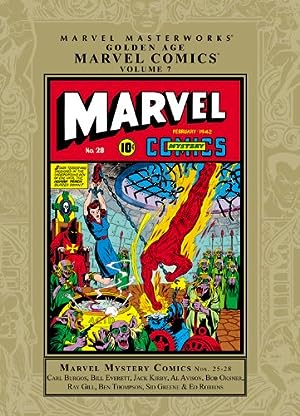