The Graveyard Faction are an obscure, low-powered team of super-mercenaries. They appeared in 2014 issues of The Movement, by Gail Simone for DC Comics.

There is little material about them. But they’re exactly the kind of foes needed in many super-hero tabletop RPG campaigns. So this sort tends to have writeups.org profiles, even if that means tiny articles where the stats are mostly guesses.

Arson seems fit and combat-trained, albeit not to any exceptional degree. He seems to be the least competent GF member, and lacks initiative.

He can belch a sizeable jet of fire. This appears to be a burning sticky liquid, though it soon burns off. This jet seems less powerful than common fictional depictions of infantry flamethrowers.

We’ll assume that his bodysuit is fireproofed. But this is solely based on this being a sensible precaution.

The Graveyard Faction was hired by a Coral City patron to raid the headquarters of the Movement, a grassroots organisation in a broken neighbourhood. They were given a jammer to approach unseen. Their orders were to kill a few people then leave.

Prior to the invasion they took down and hospitalised Movement member Mouse. However, the attack was derailed by Movement member Vengeance Moth, who also destroyed their jammer. Then they ran into Burden. This allowed other Movement to come in.

The Graveyard Faction was forced out by Movement leader Virtue. They then told their employer that they were pulling out of the contract, as the opposition was considerably stronger than indicated.

Anguish and Arson might be siblings, given the resemblance.

Arson is just… there. He happily vomits napalm at people when ordered to by Anguish, but otherwise he seems reluctant or unable to take initiatives.

He seems to be the least determined of the lot. He’s tougher than a random civilian, but his focus, pain tolerance, etc. seem on par with those of a bloke who trained for a few weeks.

Bonuses and Limitations:
Flame project is its own AV. 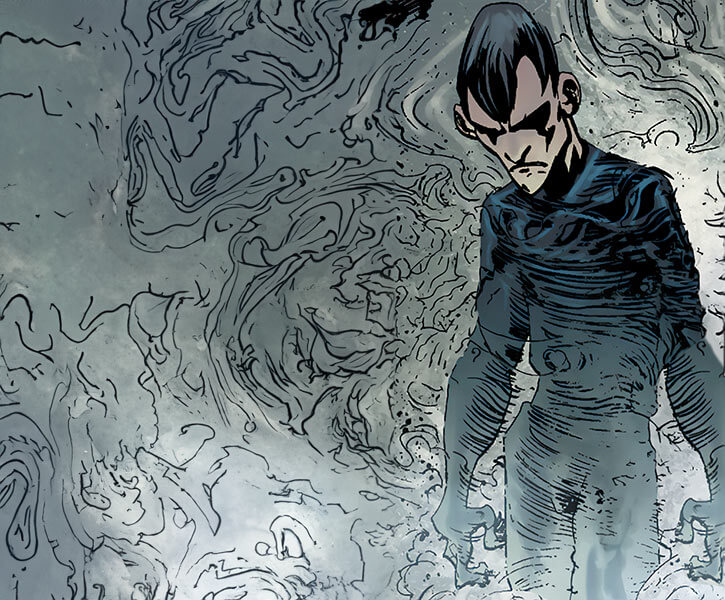