Nagan is a natural genius in medicine. He has perfected techniques enabling him to switch human brains from one skull to another, preserve brains in special fluids, and so on.

He also has the body of a 300+ (600lbs, according to one account) black gorilla. For unclear reasons, Nagan’s gorilla body is more powerful and possess more physical prowess than should normally be possible. He’s roughly on par with the Beast (Henry McCoy). This is probably a combination of further surgery and physical training.

Arthur Nagan was first seen as the protagonist in a short, minor horror story (Mystery Tales #21).

A prodigy in medicine, Nagan became a rogue scientist. He thus conducted cruel experiments on live gorillas, to expand his knowledge and surgical technique. The gorillas somehow began to understand his skills. When they revolted, they grafted his head onto the body of a freshly deceased gorilla before fleeing.

Nagan quickly managed to turn this terrible events into an asset. He founded a cabal of misfits aiming for world domination.

Despite their comparative lack of power, the so-called Headmen went pretty far by manipulating the Defenders. Yet, their first attempt failed due to Nebulon’s meddling.

Your average mad scientist – with a lust for power that matches his lack of respect for life. Of course, he rationalizes most of his action as benefiting Science and Truth. And his quest for power as a mere tools for conducting more and more fruitful experiments.

Nagan is quite dangerous indeed. He’s analytical, ruthless, and he’s got a clear vision of what he’s doing. His skills at combat, manipulation and medicine are also remarkable.

If you can get over the basic silliness of the characters, he and the Headmen are good opponents for beginning characters. Especially when they discover their terrible, hidden opponents are such a band of freaks.

“Each of us was born into a niche. For example, I was born to control the world… to ride herd on chance factors like you. And I relish my position.”

The concept of the Headmen is taking very minor characters from old horror stories and turning them into supervillains. Since DC has a very rich history of short horror stories, it could be amusing to conduct a similar project in the DCU.

Transplanting Nagan as is in the DCU is easy. The DCU is full of intelligent supersimians. 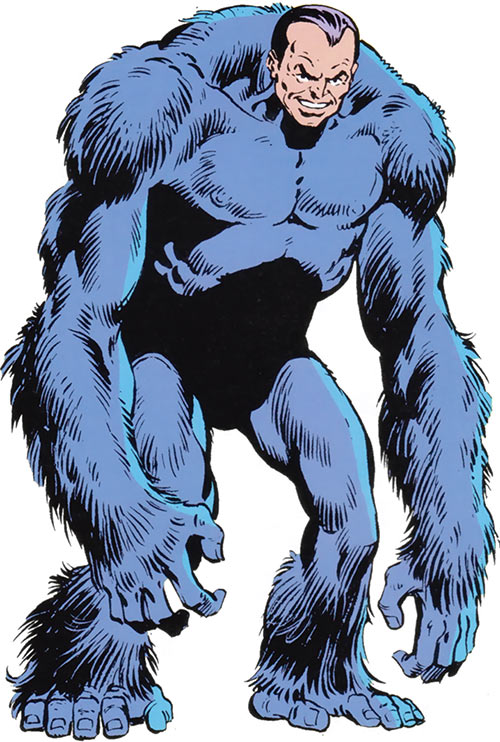 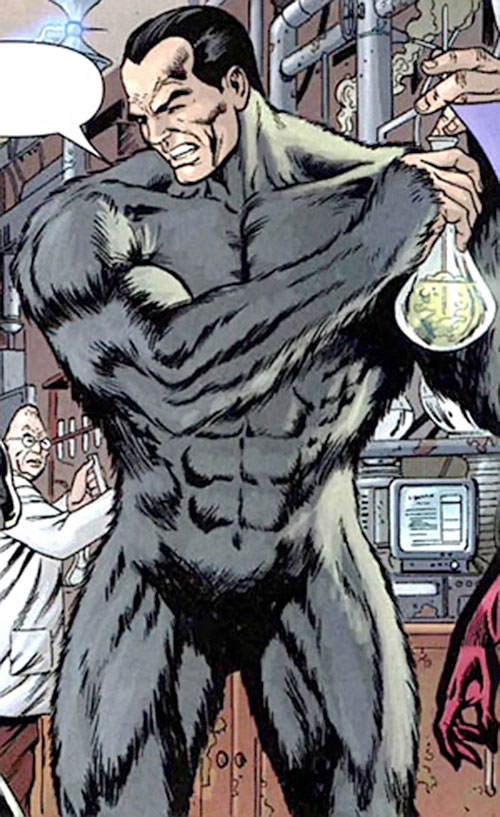