In Hindu mythology, Aruna is a son of Garuda (the prince of birds) and rose into the sky to become the red glow of dawn. A rather specific divine sphere, but a pretty one.

Aruna is a shapechanger. They can take the shape of any humanoid, complete with any sort of clothing. They can also adopt the form of imaginary humanoids.

Aruna is a skilled actor and stuntperson. They also proved to be a competent amateur detective, with excellent deduction, observation and interrogation skills.

Aruna was raised by their two poor, Dalit  parents in the middle of nowhere, India.

They never went to school, never saw anybody else, and nobody in the house had a name. Despite those oddities, they were loving parents, and Aruna had a wonderful childhood.

One day, men wearing suits came to the house. Their parents told Aruna to run before the men took them away. Who were the visitors, and why the parents feared for their child, is unrevealed.

The child fled toward the city, aimless. There a pack of kids starting jeering and pushing Aruna, who involuntarily changed their face to mirror the kids’s leader’s. The assailants fled in horror, and Aruna was shocked to discover their abilities.

Aruna then adopted the shape of a male grown-up – friendly, well-groomed and with good clothes. Along with their natural talent and intelligence, this allowed them to rise despite their nature and Dalit roots.

Due to their lack of a name and gift of shape-changing, Aruna suffered from a very vague sense of identity, not even knowing their gender or real appearance.

While on a movie set, Aruna heard that the monster costume designer was missing, and offered to replace him. Aruna started selling their services as a Bollywood SFX specialist. She often took the form of a fantasy monster, or of mythological figures such as Vedic gods.

They never revealed their “trade secrets”, and became successful in cinema. Their multi-talented profile made them affluent by Indian standards, and very much in demand.
When teenage movie star Ashok Ramanan was kidnapped, Batman and Batgirl (Cassandra Cain) came to Madras to find him. Aruna reflexively flew when the pair came to her as part of the investigation, but the bat-duo caught the shapeshifter.

Aruna agreed to help out of a sense of justice, and cracked the case alongside with Batgirl.

Relaxed, mysterious, and not very interested in lying despite their abilities.

Aruna is a bit of a lost soul, wandering and wondering about their own fate and the role they’re supposed to play in the greater scheme of things. They’ is on a quest for themselves.

A Dalit, Aruna has something of a “civil rights” mentality for their own kind. They also seems to be interested in truth and justice, so maybe Aruna will become an Indian super-hero. 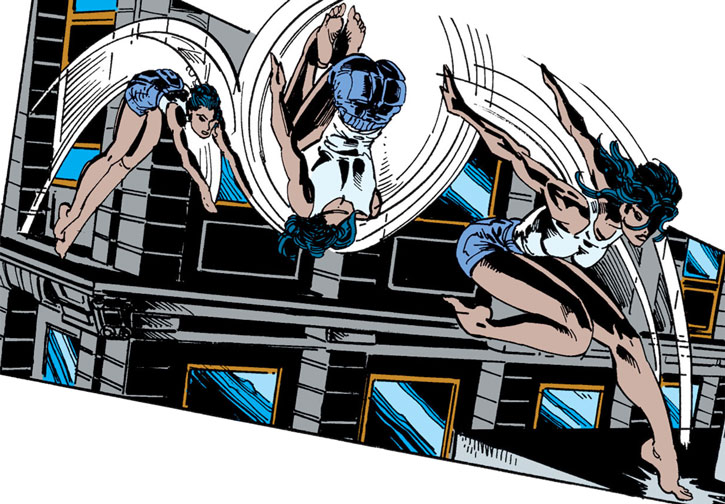 Aruna usually wears the body of a lithe and curvaceous young Indian woman. Their usual attire is flattering denim short shorts and a white tank top, with bare feet – but they sometimes wear a nice salwar kameez  for something more traditional.

If male, they will go for the mandatory white shirt and summer trousers.

The appearance in the last picture (with the flowing white hair) only appears on the comic book’s cover, but since Aruna’s a shapeshifter…

Charisma and Detective are only useful in campaigns with house rules about Unskilled Character Interaction… or as precursor APs for Character Development. 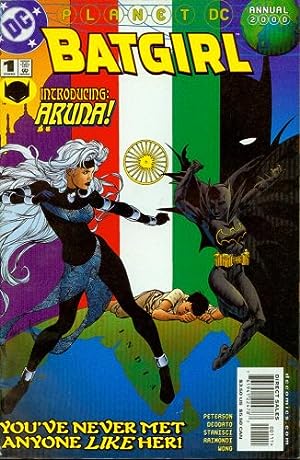 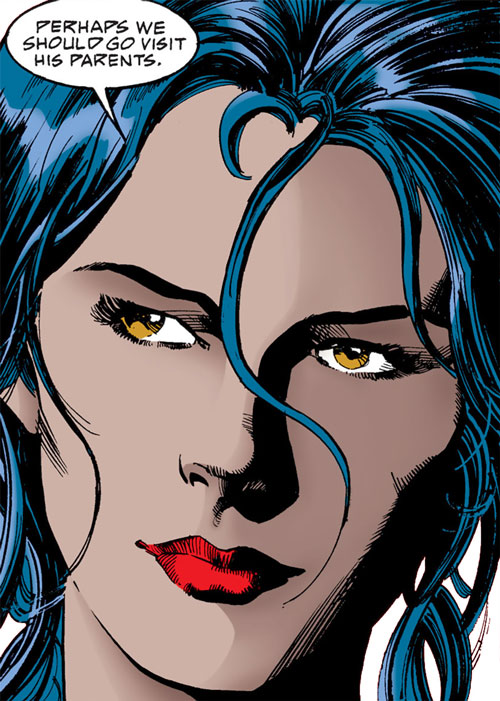 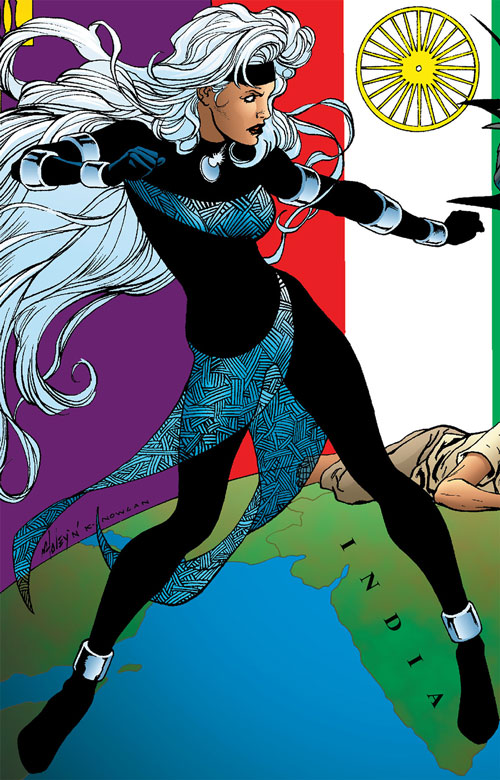