STARDROP is a 2017-19 indie video game, from a one-man studio  (plus freelancers). As often with games from micro-studios, it was Kickstarted.

It is, in gaming jargon, a “walking simulator”. That is, the game doesn’t include combat or genuine difficulty. The goal is to explore, and piece the story together.

It has Very Positive reviews on Steam. And the graphics are notable for a game developed on a microscopic budget.

(Since the developer has a background in HλLF-LIFE modding, Aryn’s family name is presumably a wink toward Alyx Vance. The game even has a crowbar joke and a service train ride sequence).

Ms. Vance is a starship salvage and rescue technician. She routinely works in near-null gravity and in EVA. That is, in a vacuum suit and outside of a space vehicle.

She works with her BFF John Kindley. He’s a pilot. His main role is to deliver Aryn to the work site. He normally stays on the ship, but he’ll plug into the target ship’s systems to provide Aryn with useful intel. 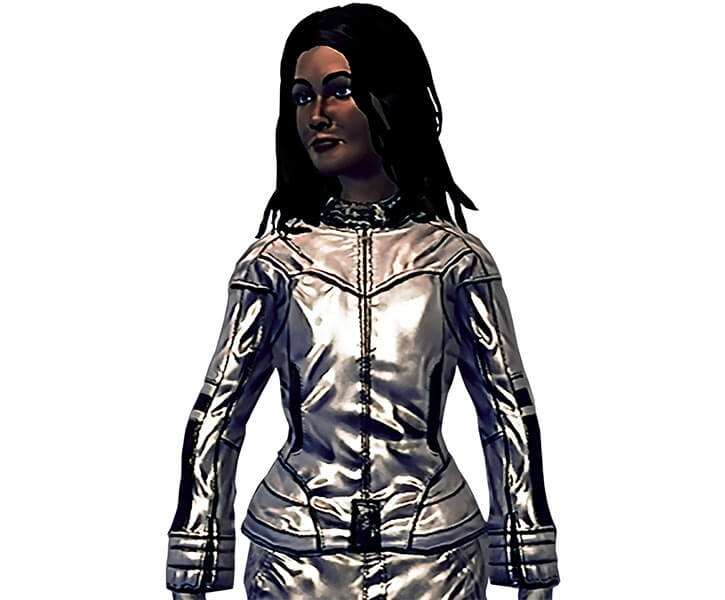 They fly a two-person (plus a cat) MCCV-2 salvage spaceship. The ship seems owned by the Finix corporation. It also looks pretty old, though the more aging systems have been replaced.

The MCCV also carries a humanoid robot called Leaky. It can help with simple ExtraVehicular Activities (EVA), being vacuum-hardened.

Lastly there’s an assault rifle stored inside the ship. It seems unlikely it ever was used.

Aryn does most of her work in an APD vacuum suit. Beyond allowing for work in a hard vacuum, it includes useful tools :

The flashlights and sensors recharge using the wearer’s body heat.

The APDS is plugged into a datapad – a high-tech tablet. It can read most known file formats, and has an automapping feature. The latter is presumably useful to coordinate a team of workers.

Later on, an app to hack maintenance androids gets installed on Aryn’s APDS. 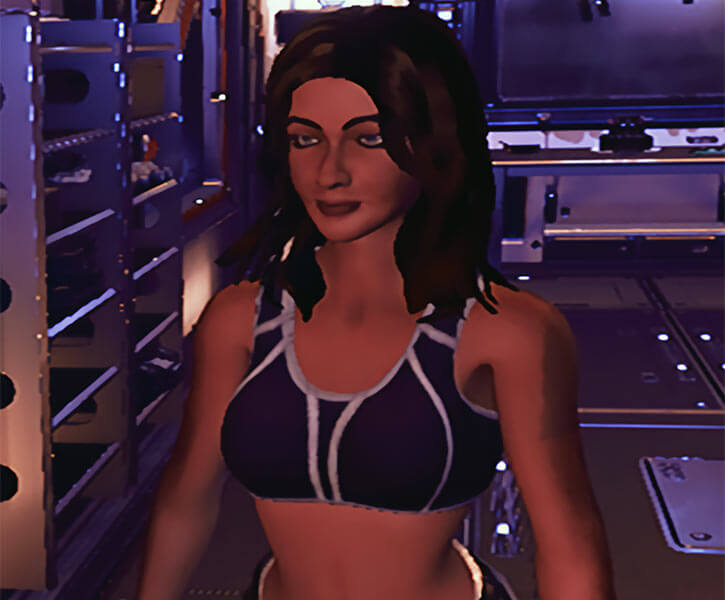 STARDROP takes place circa the year 2228.

Things seem to be going well. Space stations and spaceships are clean, well-lit, spacious and full of bright colours and creature comforts.

Ergonomics aren’t terribly different from the XXIst century. Even paper books are still around.

FTLFaster than the speed of light space travel was apparently mastered 80+ years ago, launching the Pioneering Era. Nowadays, a flight to the Cassiopeia constellation  (10,000 light years away from Sol, give or take) is no big deal.

(Which would be, lessee…using the Star Trek: The Original Series modified equation  … warp 9 or so. Not bad !)

One of the great pioneers, just before space travel became widespread, was one Ido Hamada. To spacers such as Aryn, he’s what Bruce Lee was to martial artists.

Ms. Vance is a young but reputed rescue/salvage expert. In 2223, she and her pilot saved the entire crew of the Nova Star in difficult circumstances.

By 2224, she received the Outstanding Service Award from Vektra, a major corporation. Vektra might have been the Nova Star’s owner.

One random day, the Salvage & Rescue Ops centre had only one job up for freelancers. Aryn snatched it first.

But as their MCCV ship approached the site, John’s perplexity mounted.

The starship wasn’t an identifiable model. It couldn’t be found in databases, and its matriculation format was weird. If it was so old as not to be in databases, finding it so far away from Earth was very unlikely.

From the engines, John also suspected that it was just a dropship. However, no mothership was detectable. 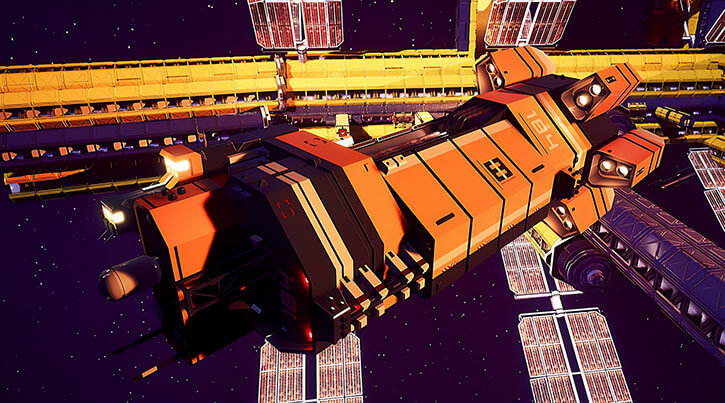 Nevertheless, there was little issue in docking at the airlock. Aryn suited up and went in.

Everything aboard seemed oddly high-tech for a 50+ years old ship. There was no trace of damage. It was as if the crew had vanished into thin air.

As she explored, Aryn started suspecting what the ship matriculation SD-01 meant.

Ms. Vance seems to be in her late 20s. She has dark hair with brown highlights, brown skin (maybe a Fenty 390, but that’s highly dependant on lighting given the game’s environments), and is fit enough to spend hours working/sweating in a vacuum suit.

When not working she’s seen in gym clothes – sweatpants and athletic bra. This was presumably because she was to suit up soon. 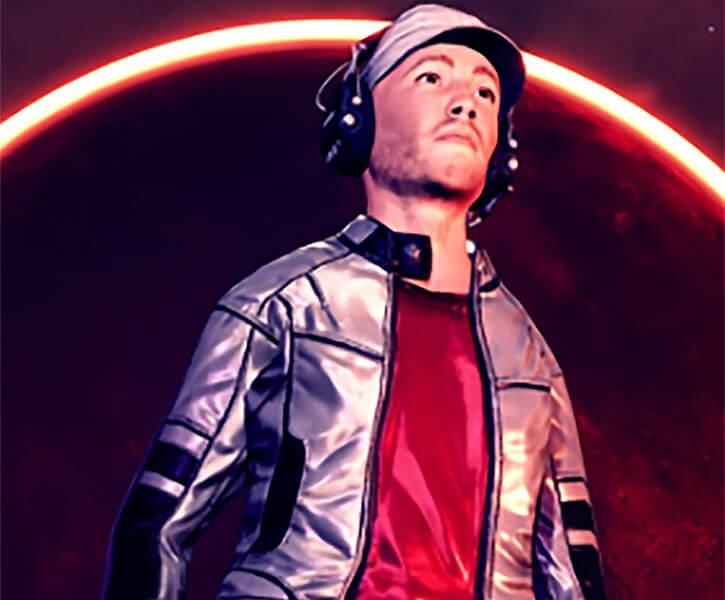 Aryn is an upbeat lass. She enjoys her job and her life, and seems to have a thing for XXth Century pop sci-fi (including classic games such as Doom.).

Her most noticeable character traits are :

She clearly is not comfortable at all with creepy situations, but she nonetheless does the job.

(Looking at several crates of chainsaws shipped there by mistake) “Well, if there’s a demonic invasion I know what to do…”

(This section proposes ways of using this character in stories set in other fictional settings).

The tech involved in the story is doable in contemporary comic book universes. But the tone of the story requires that there be a big universe out there to peacefully explore, in a very Star Trek fashion.

The story would work in other sci-fi universes. On a Sunbeam comes to mind (though John would be a woman). As does Mass Effect before Commander Shepard finds a certain thing on Eden-Prime. 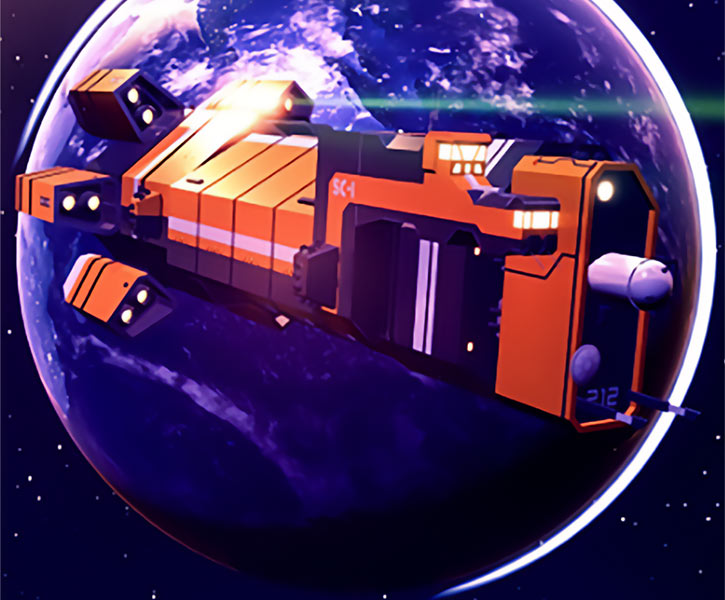 The Skills are arbitrary. The game being simple, Aryn doesn’t get to do complicated actions – but these are Skills she likely possesses, or the gameplay hints at.

The Luck is there as a nod about the game not being about difficulty. There’s no fail state, so Aryn doesn’t miss rolls. 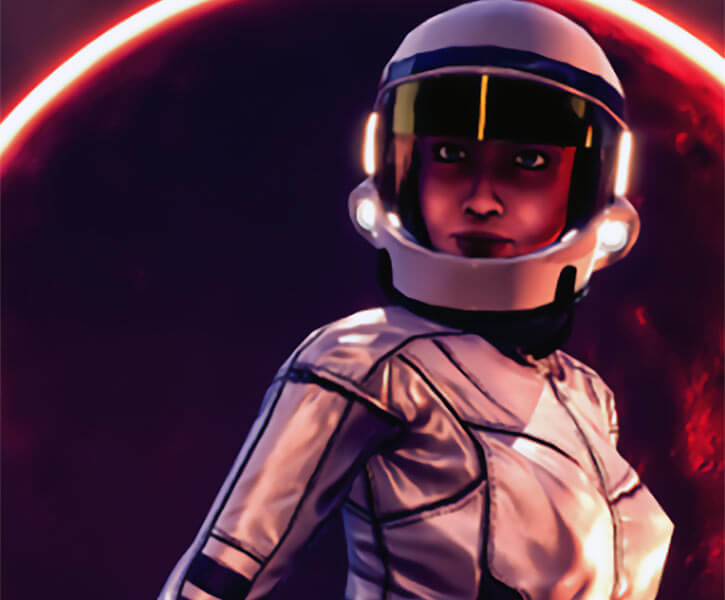 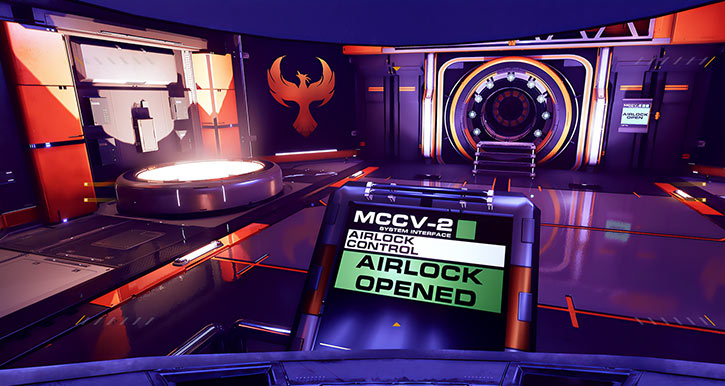