The Astrologer was just a charismatic crazy with some astrology knowledge.

Unexpectedly, the Astrologer’s hippie henchmen were a genuinely tough and hardened bunch. His closest aides were remarkable athletes and combatants. Several of them seemed to be ex-military.

In the early 1970s, the Astrologer was the head of a commune in New York City. It was made up of random runaways, militant hippies and assorted antisocial types.

The Astrologer would “read the stars” to guide his associates in committing various small crimes. They considered these to be Robin Hood-like justice. Stealing from the rich to give to the poor, namely themselves.

In 1971, the Astrologer read in the stars that their fortune would be written in blood. His totally logical conclusion was a plan to steal the city’s entire centralized reserve of plasma for ransom. One member of the commune, a nameless young drifter, fled because he disagreed with the plan. The lad eventually came into contact with the Black Widow.

The Astrologer’s men attacked the Widow’s place, but were beaten back. Buring the fight the nameless young man sacrificed his life to save the Widow. 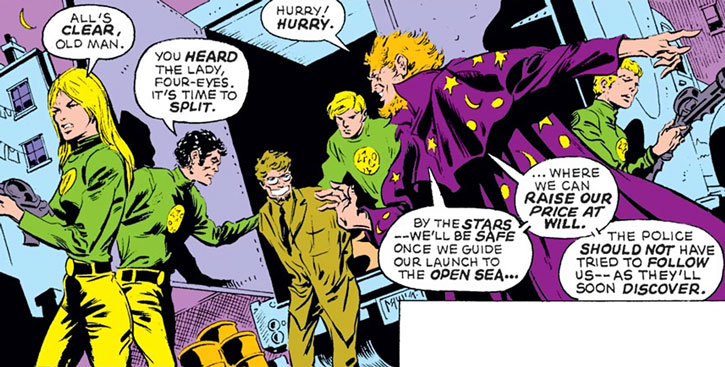 The Astrologer was determined to follow his “omens”, and only slightly modified the plan. His followers infiltrated the hospital as orderlies, but to steal a new plasma substitute being developed there. The Widow got wise on them, yet they managed to escape with the precious fluid and a key scientist, using the hospital’s helicopter.

The Astrologer sent one of his goons to relay their demands to the police for ransom. But the man was beaten up and interrogated by Ivan. Thus, the Widow followed them while they were moving the experimental plasma substitute, and engaged them on a pier in pitch darkness. She beat everyone up and rescue the kidnapped researcher.

During the fight the Widow and the Astrologer fell in the water. When the Astrologer tried to shoot the heroine with his blaster , the weapon exploded.

It is possible the Astrologer died from drowning while knocked unconscious by the detonation. He hasn’t been seen since.

The blond guy in uniform is a typical elite hippie henchman. They had reluctantly shaved their beards to disguise themselves as orderlies.

The Astrologer is a nutter obsessed with astrology and pretending he’s Merlin or something.

He’s ruthless, perhaps even fanatical, and certain that the stars cannot fail him.

“The stars do not lie, my children — nor my readings of same. If they indicate that our fortune is written in blood — then so it is.”

“That female is rapidly becoming a thorn in my tender flesh. Quickly, my son — take this wingless chariot up, as we planned.”

Zenobia: “Greybeard here fell right into our itchin’ little hands.”
Astrologer: “Naturally. That’s because I let the stars do my planning for me.”

“I can dig that, Astrologer.”

Drawbacks:
Depends with individual, may include a SIA to some drug

Note:
Some of the elite hippie henchmen had abilities even beyond such solid scores : 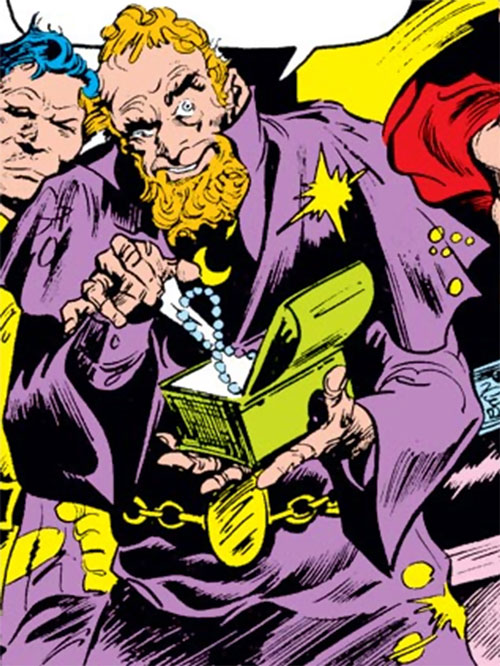 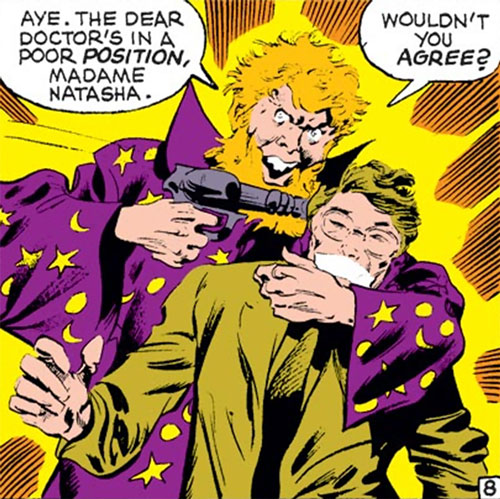 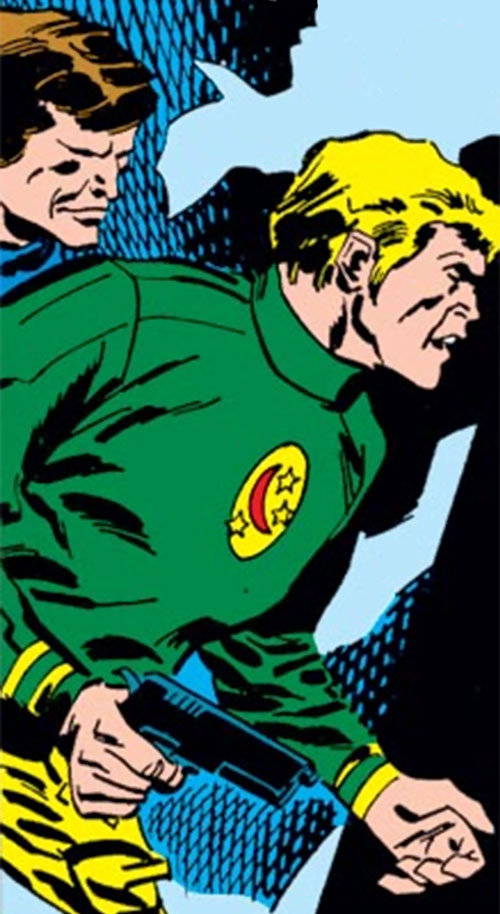