He can precisely project powerful energy blasts – once shooting rockets in mid-flight.

His body is strongly radioactive. He might be now composed chiefly of energy, or be a radioactive animated corpse, or be something else entirely.

Kevin Leonardo used to work at a Stane International nuclear plant. Neighbouring citizen groups advocated for the plant closing, claiming that nearby cancer rates were 33% above national average.

By happenstance, Leonardo discovered the problem. There were huge hidden stockpiles of radioactive materials, some dating back to the 1950s, stored in dismal conditions and leaking into the aquifer .

The citizen groups having been sued into bankruptcy by Stane, Leonardo warned his employer by himself. After having been assured that the problem would be fixed, the would-be whistleblower was shot dead, crammed into a barrel of radioactive waste and thrown overboard.

A re-animated and heavily mutated Leonardo eventually returned from the ocean floor. Unhinged, he became an eco-terrorist fighting against unsafe use of nuclear energy. His first campaign was to attack the plant he used to work in. He wanted to detonate it and trigger a catastrophe that would result in public backlash.

As “Atom-Smasher”, he killed guards and took over the plant, obtaining a TV interview. The military cordoned off the area while an operative with a Firepower Mk2 power armour was en route.

Due in part to the difficulties in fighting in the hideously unsafe power plant, Atom-Smasher held his own against both Iron Man and Firepower. Realising that fighting wasn’t the solution, Rhodes promised Leonardo to shut down and clean up the plant. He also promised to limit Star International activities in nuclear power.

Atom-Smasher was reluctant to trust Iron Man, but Firepower attacked them both. Rhodes chose to trigger a powerful EMP  that felled both himself and Firepower for several minutes.

With Iron Man at his mercy, Leonardo realised that Rhodes had been sincere and flew away. His systems rebooting much faster than Firepower’s, Rhodes bagged the military operative then honoured his promise to Atom-Smasher on the next day.

Atom-Smasher normally wears a hardened suit of unknown origin (perhaps in an attempt to reduce his radiation spill levels).

It hides the fact he is intensely glowing and corpse-like, with a dull yellow radiance and dull red features. It looks a bit like a bad X-ray imaging in false colours.

Before his apparent death, Leonardo never cared about this environment and industrial watchdog stuff. But being personally devastated by it made him a zealot.

These factors and the damage to his sanity combine to make him awful as an activist. He’s highly motivated but doesn’t has any of the necessary education and experience in environmental issues, politics, industrial policies, activism strategies, etc.

Thus, he rages on and yells virulent talking points devoid of any nuance or analysis. These are usually about the evils of capitalism and radiation destroying and poisoning the Earth. He’s ready to inflict mass carnage to “raise awareness” about his point of view. Leonardo will also kill anybody trying to stop him by force (even hapless guards with pistols).

He craves media exposure due to his mistaken impression that the public will magically see the light and rise against malfeasance if only he can talk to them.

However, he wants to be the good guy. So it is possible to reach out to him and negotiate, though he will be very wary and demands that every aspect of such a deal be 100% ethical.

“Typical. Billions for war, billions more to line their pockets — but nothing for safety when it comes to dangerous technologies.”

“You just love those macho one-liners, don’t you ? Do you think this is some kind of game ? Or is it that you enjoy violence ?”

“I’ve been expecting one of our beloved superhuman preservers of the status quo. Bottom-line ’heroes’ bought and paid for by the technocratic robber barons of the ’90s.”

“I want to show people that the parasites you represent can be defied ! That they don’t have to march blindly to oblivion in a toxic, barren future.”

Advantages:
Life Support (full – and he may in fact also be immune to effects affecting the living, such as ageing attacks and the like).

Drawbacks:
Strange Appearance, SIA toward his Cause, and presumably Altered Anatomy. 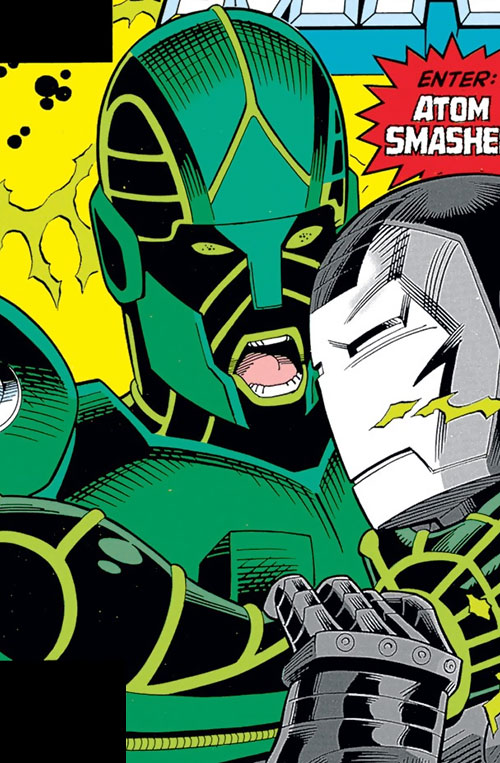 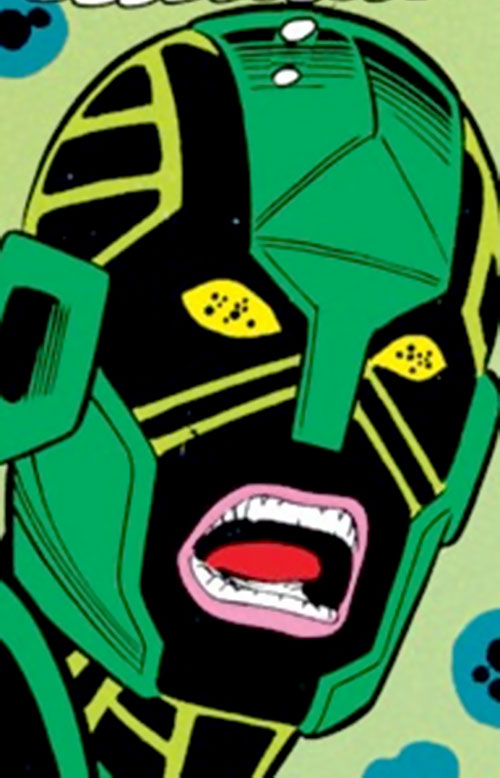 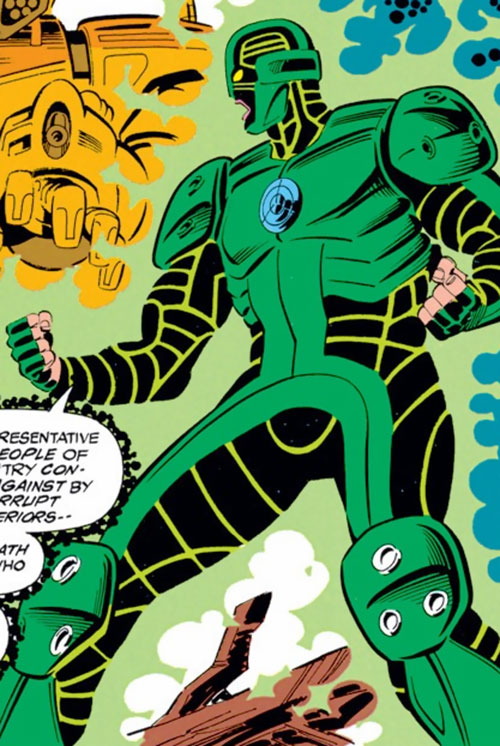 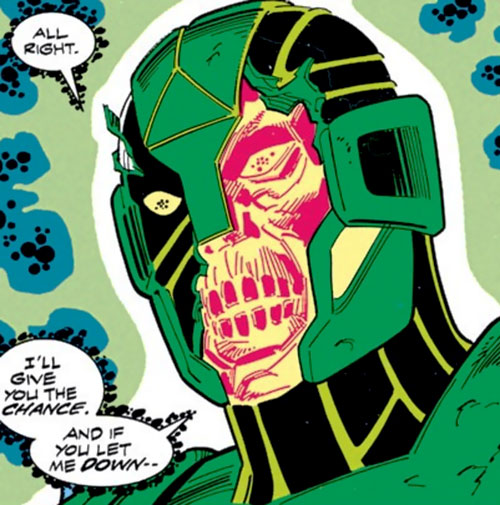