The Attackoid is a large combat construct, with superhuman strength and durability.

It carries containers of chemicals, and can change the surface composition of its body using those. Applications included super-heating its body and generating noxious vapours. In DC Heroes RPG terms emulating Acid, Icing, Poison Touch, Knockout Gas, etc. is possible. It was done by other Synthoids.

Another feature of the Attackoid is that it can be programmed to replicate some characteristics of a thoroughly probed subject. In the comic, this equipment was used to Adapt the close combat skills of the Black Widow (Natalia Romanova).

Despite its name, the Attackoid tends to keep his Hero Points  for LDD. 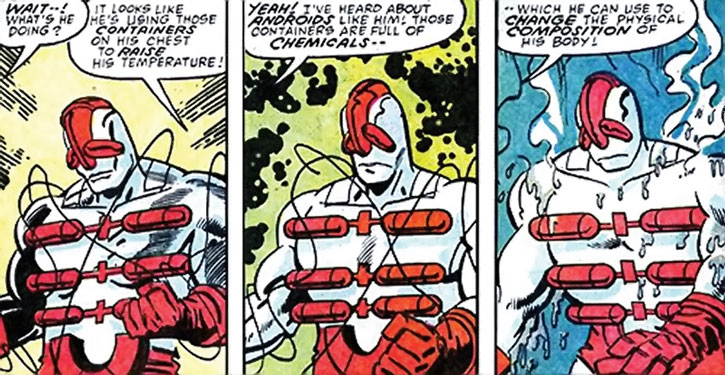 The Attackoid combat synthoid was being developed in an AIM base under a mall in the L.A. area, under supervision of the AIM Imperial Council.

The Black Widow and Hawkeye (Clint Barton) discovered it before it was fully tested, and managed to defeat it through teamwork.

A silent, mechanical robot. He has decent tactical acumen and fights well.

Equipment:
Can be plugged into a BANK OF COMPUTERS that can use Adaptation: 12 on a subject who has been bound to special equipment and probed for a while.

These stats are for the Attackoid having mimicked (to an extent) the Black Widow’s DEX and Martial Artist. 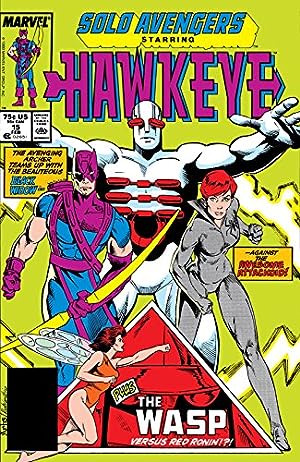 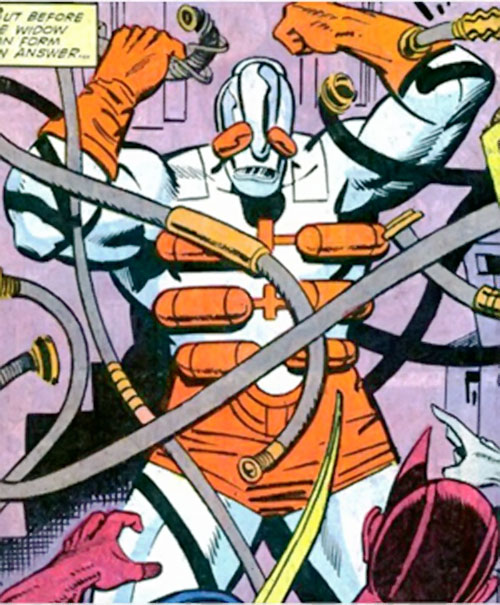 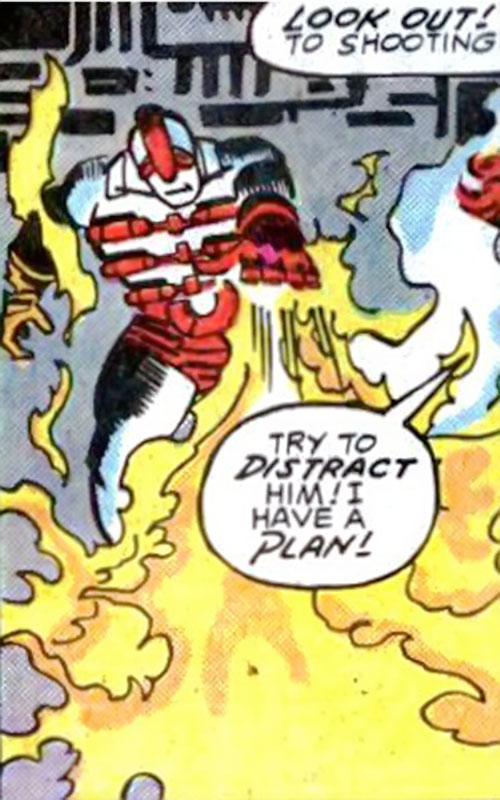