Due to exposure to a Durlan infection, and the experimental medicines used to cure him, the August General’s body has been transformed so that it is covered in rusty iron plates. This has increased his strength and resistance to injury.

He also wields a staff topped with a pair of energy blades.

Captain Fang Zhifu was leader of an elite special ops unit of the Chinese army. He was based in Gansu Province, where he lived with his fiancée. Shortly after the invasion of Earth by an alien alliance, an unidentified object crashed in Qinghai Province. It was was determined to be a Durlan spacecraft, and Zhifu’s unit were sent in to secure the site.

The surviving Durlans attacked them. The soldiers captured two alive, and took their craft. But not before the Durlans had transformed into a bacterial infection, infecting the Chinese unit.

Injecting a broad-spectrum counteragent in seconds, a few of the unit managed to survive, at least briefly. But the cellular breakdown continued to affect the men. Even being hospitalized within the hour didn’t help much, and the rest of his unit soon succumbed, their bodies dissolving.

Zhifu held on until one experimental treatment actually worked, halting the decay. However, there were side effects. His body gradually transformed, becoming overgrown with rusty iron plates.

His fiancée ended their engagement on seeing his condition. But the army were happy to have such a weapon at their disposal. Within a couple of years Captain Zhifu became the August Captain in Iron, joining the Socialist Red Guardsman as the first official super-functionaries of the People’s Republic of China.

He served them over for a decade. He hunted rogue metahumans such as the Accomplished Perfect Physician, and the Celestial Archer.

One of his earliest assignments was investigating rumours of a mysterious woman hunting criminals in Hong Kong. Investigating, Zhifu first encountered the Ghost Fox Killer. An immediate attraction drew the pair together, neither of them able to experience true human contact.

Eventually, 13 years after his transformation, the Party decided to forge a proper team, recruiting many of the rogue metas he’d previously hunted. They also made Zhifu, now the August General in Iron, field leader.

Less than happy about being assigned to work with Checkmate, Zhifu nevertheless did his duty.

He acts as a loyal member of the organization, but is open about that loyalty being secondary to his loyalty to China.

Stern and unyielding, Zhifu is a devoted servant of the Party. He follows orders for the good of his country. He has little time for dissenters, and has to work to control his temper around some of the team mates he considers less than loyal to the Party. 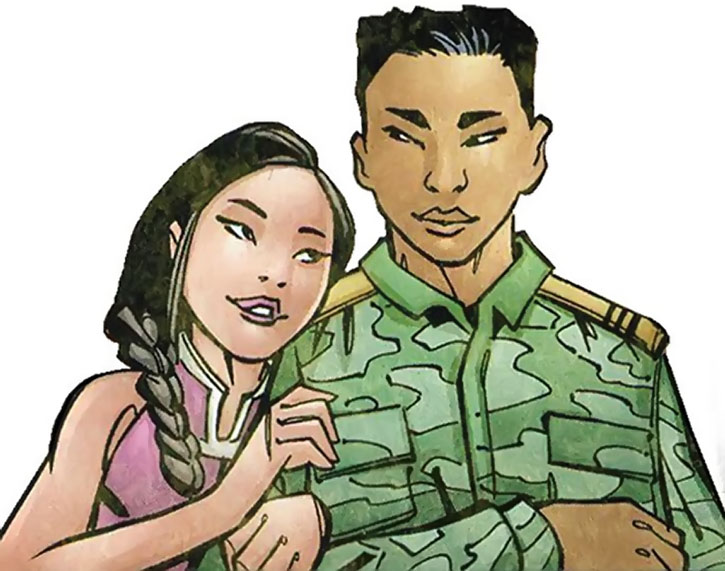 Part of his persona is undoubtedly due to his inability to make proper physical contact with others. This has left him detached from normal relationships. He has formed a romantic bond with the Ghost Fox Killer, though, and she is the only person with whom he appears able to drop his guard.

He sees part of his role on the team as being to keep the more liberal members (such as the Accomplished Perfect Physician, and Thundermind) in line. He takes a firm, authoritative, stance in commanding the team. It’s unlikely he’s particularly close with any of his team mates other than Ghost Fox Killer.

“You are violating Chinese airspace, Green Lanterns. You have ignored the requests of the Chinese government to retreat.”

“You have committed an unlawful incursion into sovereign Chinese territory ! Explain your presence here immediately !”

“You believe that I am here to spy on Checkmate’s activities for my superiors in China. You are correct. This does not mean that I cannot serve you, as well. Do not ignore the facts of the situation.”

“Alien DNA is not meant to be introduced into human bodies, and I say this with unique authority. The tactical advantage may be well outweighed by the side-effects.”

Shield: “Sorry, General, I don’t do surrender.”
August General in Iron: “Understood. Do you ’do’ bleeding out in agony ?” 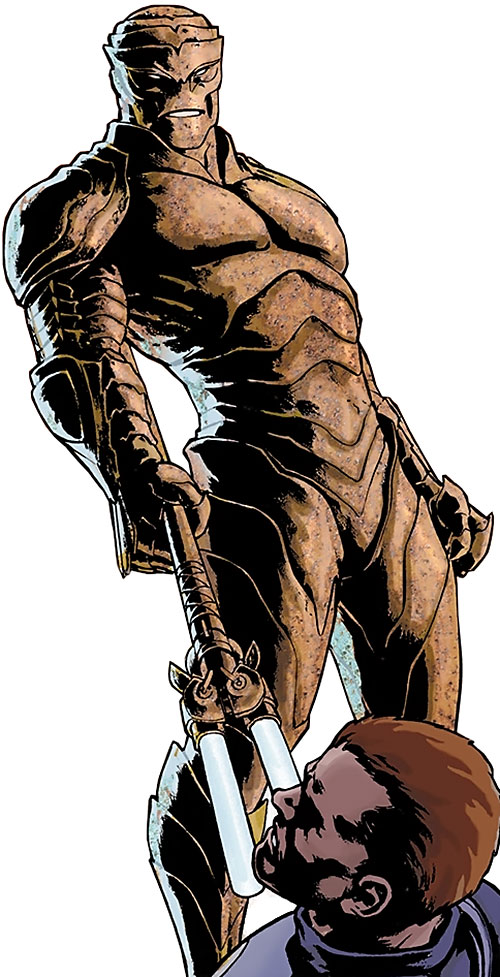 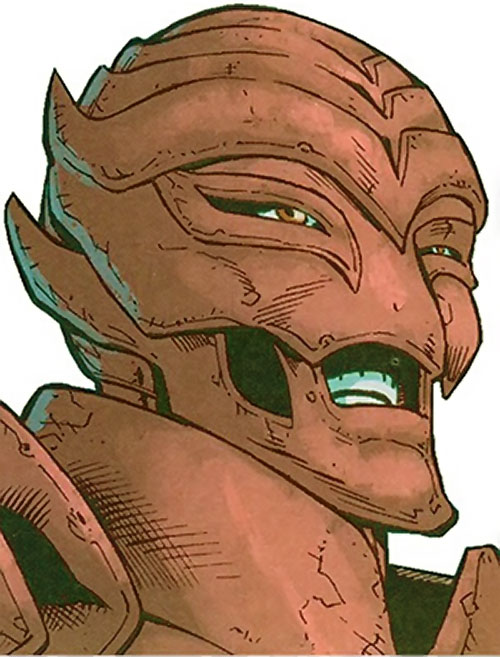 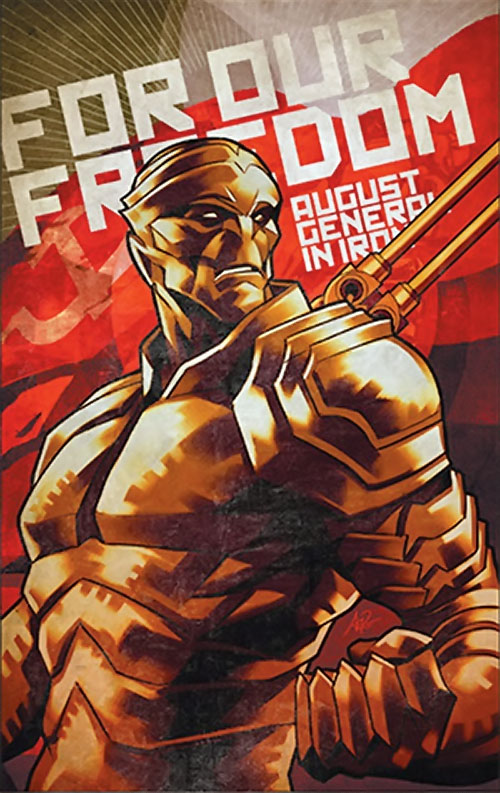