Aunt Harriet is a voice of reason in the 1966 Batman TV show.

Harriet has no combat skills. Only a stern tone of voice, regularly practiced on Dick Grayson

Harriet Cooper took up residence in Wayne Manor at an unknown point in time to assist Bruce Wayne in raising her nephew Dick Grayson. Harriet never learned that Bruce and Dick were Batman and Robin, believing their time as such was spent fishing.

Once though, she did pose as Batman’s wife. That was to save him from marrying Marsha, Queen of Diamonds.

After Dick acquired his first full driver’s license, Harriet’s presence in Wayne Manor diminished in frequency. But she did turn up visiting Commissioner Gordon in Londinium.

Harriet is a portly woman in her mid 40s with red curly hair.

Harriet is a dedicated aunt to Dick Grayson, determined to instill traditional moral values and as many different skills as she can, including Latin, Greek, and piano. 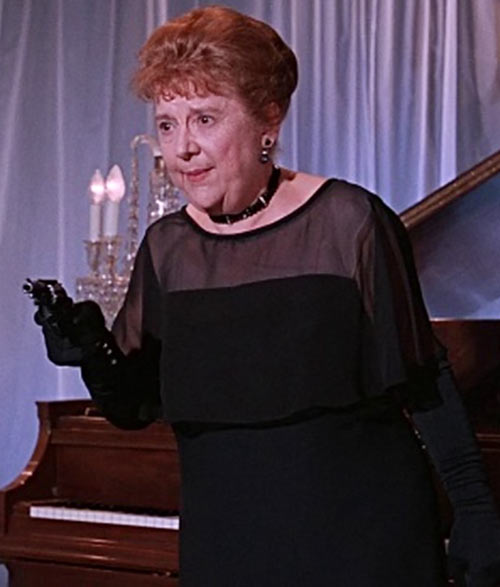