Avatar was a 2009 science-fiction movie, about the exploitation of an alien planet by mankind and the ensuing conflict. It was enormously successful, and in this world of ours might be better remembered for how much it grossed than for its story or the groundbreaking visuals and CGI work.

Jake Sully is the protagonist of the first movie. The title refers to the fact that he’s detailed to use technology to inhabit an artificial alien body — an avatar of sorts — for an deep intelligence-gathering mission among the natives.

This profile is relatively short character notes, not a full-blown writeups.org-style profile.

Jake Sully is the soul and mind of a crippled Force Recon Marine in the body of a giant blue warrior. He is proficient in many types of weaponry both modern and primitive. He is an acrobat and aerialist of great ability and is utterly fearless.

Jake is a talented speaker and a war leader of notable skill. Jake’s avatar body can breathe the strange atmosphere of Pandora but not standard Earth air.

Jake’s Pandorian body is ten feet tall and very durable. He survives a number of long falls with minimal effort. He is proportionately strong to his size. Jake, as all Pandorians, has an exposed bundle of neural fiber that comes from the end of his long pony tail.

This neural link can be matched to a similar protrusion coming from most high animal life on Pandora. If this link can be established a symbiosis is established and a Pandorian can control the animal. Once the link is established the animal remains compliant to that user for life. Even with this power Jake is a questionable equestrian but an utterly awesome flyer.

Jake, by proxy of technology, projects his psyche into this body during most of the movie.

On one occasion Jake used his neural interface to communicate with the world spirit through its exposed neural strata.

Jake is a crippled marine. He is brought in at the last minute to take his murdered brother’s place off-world on planet Pandora. Only he can use his brother’s avatar body as it is grown to the user’s genome at great expense.

After arriving on Pandora and subsuming himself to the Avatar he finds he likes the local primitives better than his world. He falls quickly for a Pandorian huntress, Netyiri. 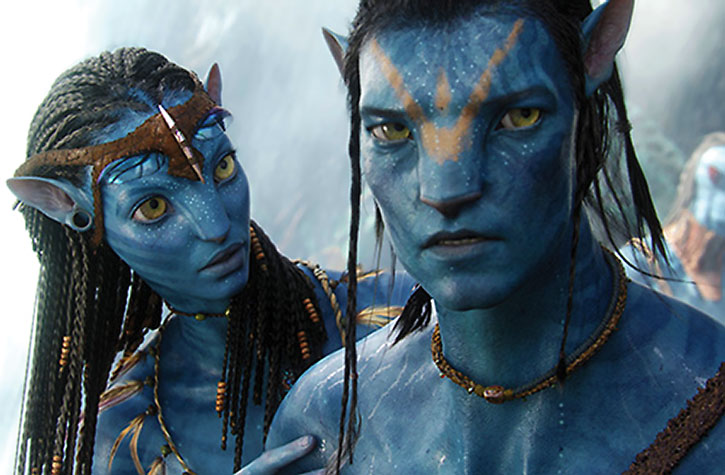 The Humans come to armed conflict with the natives over a local mineral, unobtanium. Jake sides with the locals and fights a war against his native kind.

After the war, the world spirit transfers Jake’s spirit into his avatar body permanently.

Jake is a 10 foot tall blue male with a waist length pony tail in his black hair. Inside the ponytail is an exposed bundle of nerve fibers. He has yellow eyes and intimidating fangs.

In his human form he is a good-looking paraplegic man with dark hair and dark eyes.

Jake changes a lot during the telling of the story. He starts as a crippled marine living in his brother’s shadow. He grows into the hope of getting his legs back through exemplary service. 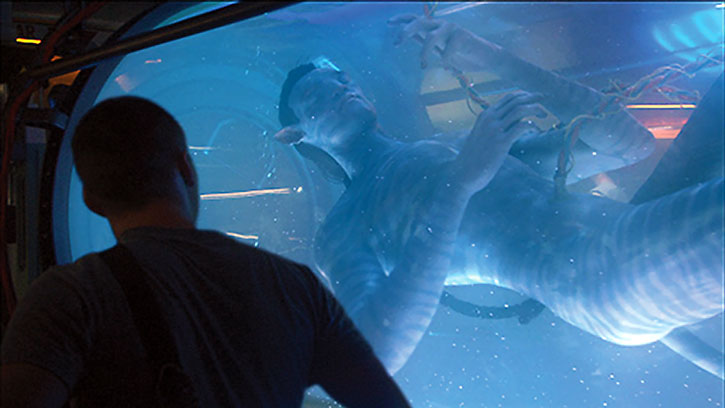 He becomes a native warrior, and falls in love in a foreign culture. He is forced to make a choice between his old and his new people. He becomes a great hero. In the end he goes back to being a hunter and married man.

“They’ve sent us a message… that they can take whatever they want. Well we will send them a message. That this… this is our land !”

“Everything is backwards now, like out there is the true world and in here is the dream.”

“It’s hard to put in words the deep connection the People have to the forest. They see a network of energy that flows through all living things. They know that all energy is only borrowed… And one day you have to give it back.”

“I was a warrior who dreamed he could bring peace. Sooner or later though, you always have to wake up…”

“If Grace is there with you — look in her memories she can show you the world we come from. There’s no green there. They killed their Mother, and they are gonna do the same thing here. More Sky People are gonna come. They are gonna come like a rain that never ends until they have covered the world. Unless we stop them. Look, you chose me for something. And I’ll stand and fight, you know I will. But I could use a little help here.”

Jake’s story can be placed independently anywhere as it is so isolated. You could take your favorite low power space traveling character (Vril Dox, Adam Strange, the Warlord, Starfire, Carter Hall, etc.) and put them in the position of needing Unobtanium.

Maybe someone will be hiding on Pandora. They will need to deal with Jake as a guide if they can get his agreement.

Bonuses and Limitations:
Animal Handling is Double-Specialised with flying animals – Jake receives a -2CS OV Penalty from Specialisation when dealing with other beasts.

Note:
Sully’s physiology follows a Pandoran logic. He likely cannot function well on other planets (such as Earth), and would be considered to have Altered Anatomy in a setting where Pandoran biology has never been studied.

Man in a box

For most of the story Jake’s real body is in a scientific projection chamber that lets him control his Avatar body (main stats) while in a near coma. If the projector is damaged or disengaged his Avatar body drops unconscious (Current MIN Condition zero) until he can reestablish the link.

No one other than Jake or an identical twin could use the link. The range of the link is planetary (24 APs). For mechanical purposes this could be seen as Personality Transfer: 24. Limitation, Works on the users Avatar only.

Over the 4 months or so of that story Jake finds his true calling as an alien warlord. His INF rises from 3 to 7 across that time.

He also gains all his survival and primitive weapons skills. The Martial Artist Skill is intended as a precursor Skill for future Character Advancement. 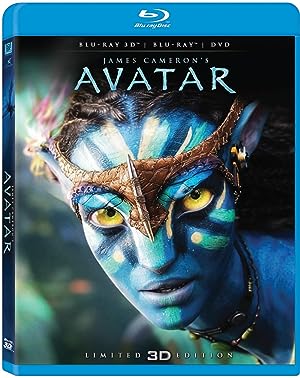 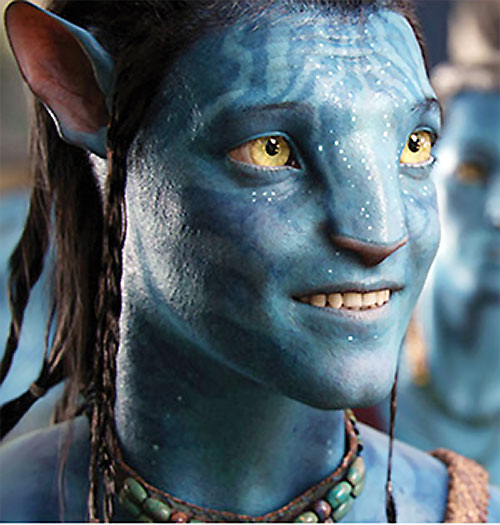 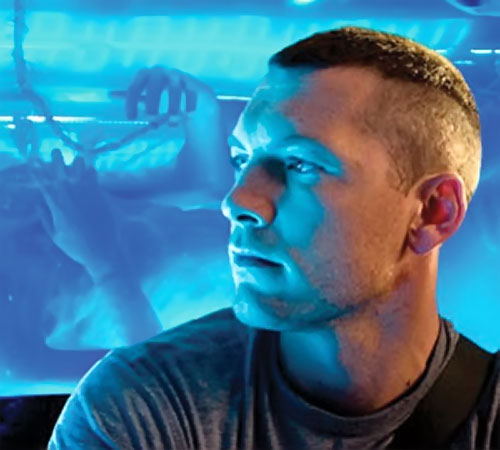 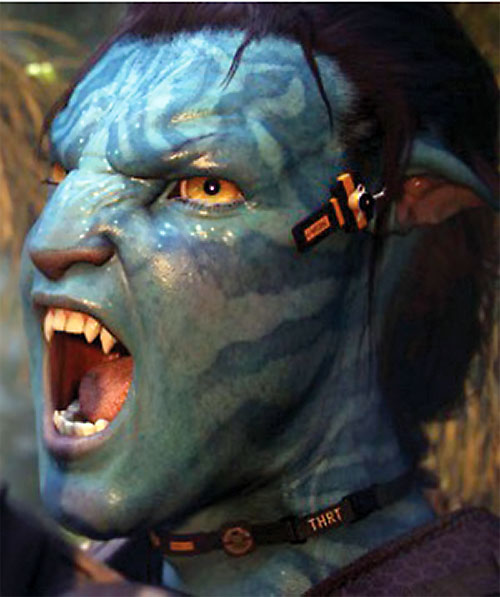