Avernum: Escape from the Pit is an old-school, D&D-esque computer role-playing game. It was released in 2011, but it is a remake of a game originally published in 1995. It features an isometric view and turn-based combat.

The following is advice for the video game. It was originally part of our profile about the setting and a sample adventuring party in Avernum, but was spun off out of convenience.

If you’re new to this site, writeups.org is an encyclopedia about fictional characters — including video game characters.

Most of the useful advice for Avernum: Escape from the Pit is on the Spiderweb forum .

There have been some changes in the game since the guides were written and some guides still reference Avenum 1 (which explains some discrepancies about loot, for instance), but generally it’s good.

What this article does is offer strategy advice beyond what’s in the advice in the link above. This is a guide in the “what I wish I knew when I started” vein.

Strategy advice for Avernum: Escape from the Pit

The junk bag can hold unlimited content and the items therein can all be sold in one click. So, keep the useful stuff in the normal inventories and dump the vendor thrash in the junk bag. This is especially useful if you do the standard thing – not selling anything until you reach level 8 and everyone takes Negotiator.

Any well-built party can play at Hard difficulty, though Normal might be better if you’re none too good at this sort of game (that happens)

The difficulty of all dungeons rises as you progress within – quite faster than character levels do. Since a lot of the gameplay is determining what you can tackle and what you can’t yet, it’s entirely normal to begin two or three different dungeons, stopping progression in one as it becomes too tough (i.e., consumes valuable resources such as pots and scrolls) to switch to the early, easy parts of another and get xp there.

The final boss fight is often noticeably harder than everything before it, as in “requires 2+ levels than the rest”.

This feature of the gameplay recedes as the party gains power.

Likewise saving, attempting a fight, gauging its difficulty and deciding that it’s too tough for now is normal gameplay (though in some cases it may just mean you need better crowd control). This is especially true for fights against nameds, and large static outdoors encounters. You might even reconnoitre such a fight this way just to check whether you need Ward of Steel or Ward of Elements.

You will inevitably need to backtrack as you will happen on spots you don’t have enough Cave Lore to use, barriers you can’t breach yet, spell tomes you can’t read yet, traps you can’t disarm, doors you can’t pick open, etc. It is thus best to note what rooms/resources you couldn’t access so backtracking isn’t too chaotic, and which boss fights remain to do.

Everyone needs a good bow for the +5% chance to hit. 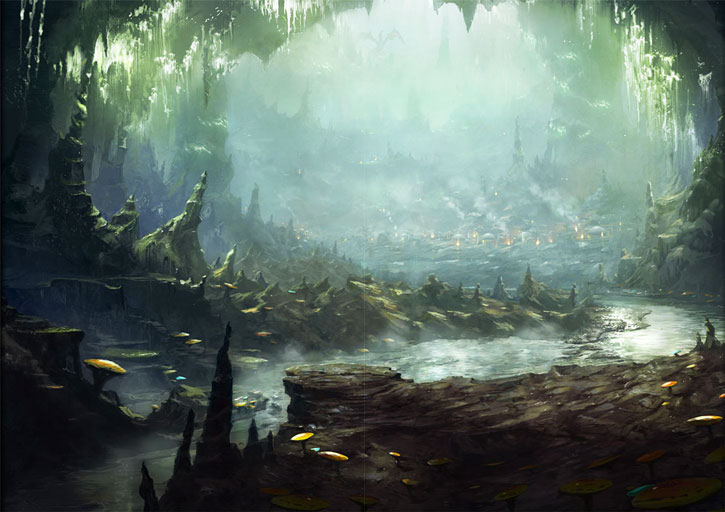 Giving one point of priest spells to your main tank is very good. This allows that character to top off everybody’s health between fights without draining your main healer’s mana, and it gives you another source of spot healing or curing if your main healer is, say, stunned or out of range – or somebody will die to a DoT before the healer’s turn.

Plus, you’ll probably want your main tank to progress toward the resistance skill in the magic skills tree anyway.

The min-maxing guides emphasis the attack stat because hitting things is much harder on Torment difficulty. On Hard, I find that even a ⅔ split between the attack stat and Endurance is excessive, assuming a proper traits selection – I never get under 95% to hit. You can thus afford a greater focus on hit points and resistances.

Likewise the prices for spells and skills were lowered a bit since most guides were written. You’ll still want full-team Negotiator, looting everything that sells, watching your expenses like a hawk, etc. but you don’t necessarily need the absolute lowest prices for every single talent or spell. Except perhaps if you have three dedicated spellcasters on the team.

Despite appearances, you can get past the waterfall at the center of the map by rowing close to it. 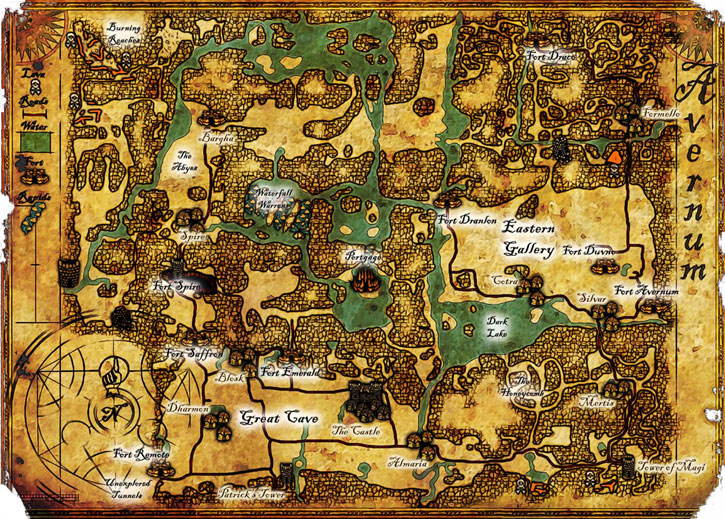 Some traps give a magical penalty called Dread Curse, which is listed in your Traits and is thus very easy to miss. Only one NPC priest can dispel it, and it costs.

Save often and revolve over 2 or 3 save slots – it *is* possible for the party to be trapped in a situation they can’t survive, meaning that you have to go back to an earlier save. For instances several dungeons have traps that drop you to a lower floor.

These are the bases of the builds I used, with a target of 63 points (that’s level 30). Obviously, many other approaches are possible.

A fleshed-out version of this party is described at the link, to present the settings, the magic, etc.. 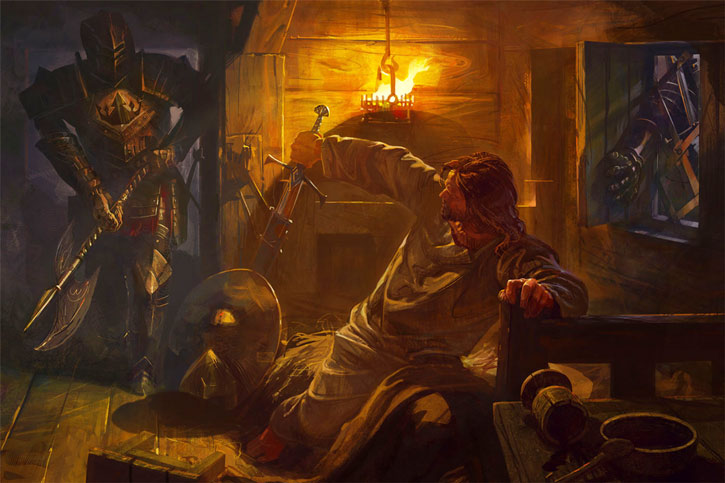 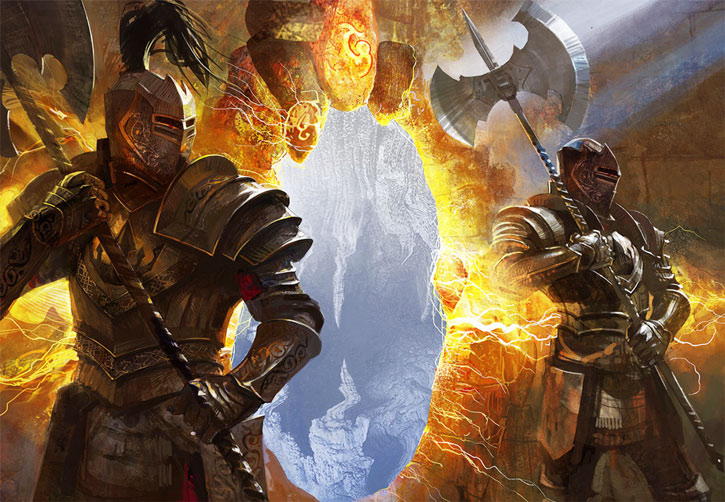 Important notes about these builds

The bought levels are noted (in parentheses) when they are necessary to pass thresholds. But you’ll want to buy further levels in key skills (Hardiness, Resistance, Parry, Blademaster, Spellcraft) once these are maxed out.

Buying levels in Lethal Blow (you can do that without having the prerequisites), and in Resistance for the assaulter character (ditto), is also good if money is available.

With everyone having ten points in Melee, buying 5 more points to get the Adrenaline Rush discipline is straightforward (start with 2 in Bows, which might actually get some use for tactical or mana-saving reasons). 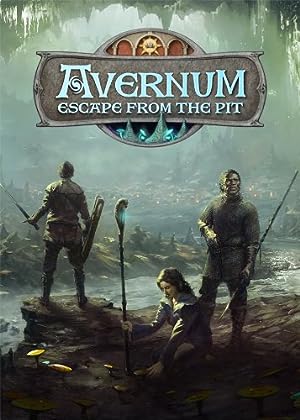 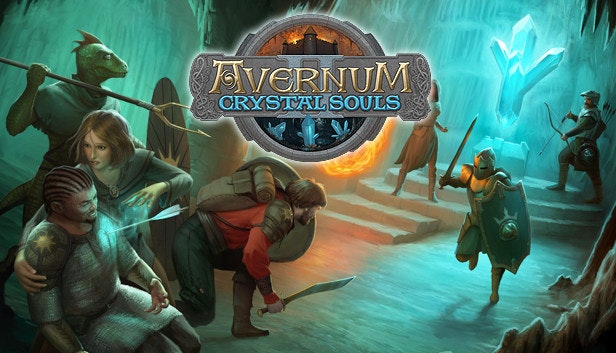