The Awesome Android is a hulking creation. His strange head can expel a 180 miles per hour super-breath effect. His skin/covering is made of unstable molecules that can replicate the physical properties of other beings with whom it comes into contact.

In the past, the Awesome Android has adapted the Thing’s durability (by replicating his rocky hide), Iceman’s ice covering, and Captain America’s peak human physique (which allowed the android to increase his strength by forming more muscles).

He often uses his skins’s properties to reshape his fists as huge square blocks, or to expand his already considerable size by a further 10%.

The Awesome Android is one of the first things the Thinker created when he gained access to Reed Richards’ labs and notes. It was a new kind of android – not a robot per se, but an organic body containing various robotic parts and instrumentation.

The Awesome Android, more precisely, is a mix between unstable molecules, a robotic architecture and the DNA of a great ape (hey, those were the 1960s, OK ?). At first it was solar-powered, but was later upgraded with an atomic battery.

The Awesome Android, despite being only a borderline sapient , has had a long and colourful career. It fought the FF when they attempted to retake the Baxter Building, and some time later both the FF and X-Men. His power level was quite respectable in those days, you see.

It clashed with Rom, Captain America, the Avengers ; it was also part of the Super-Adaptoid rag-tag band of combat robots which he hacked to attack the Avenger’s artificial island. In many cases he was salvaged by some highly gifted technician who repaired it and reprogrammed it. The Thinker himself has long lost any interest in that early effort.

Yes, he has one – but a very small one. Most of the time, he’ll just be a basic robot/android controlled by someone else. But if he is left to himself he will behave almost like a very small, supernaturally quiet child (about 2 or 3).

If calm, alone and approached with caution, he’s likely to react in a naïvely friendly manner. Most of the time he’ll just be unbelievably shy. For instance, he remained hidden in a barn somewhere in Ohio for years.

If you import the Mad Thinker, the Android will be an early effort just as in the MU. 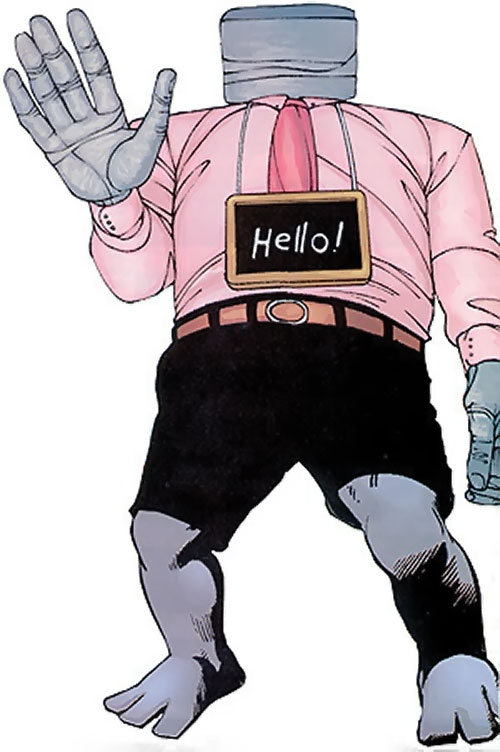 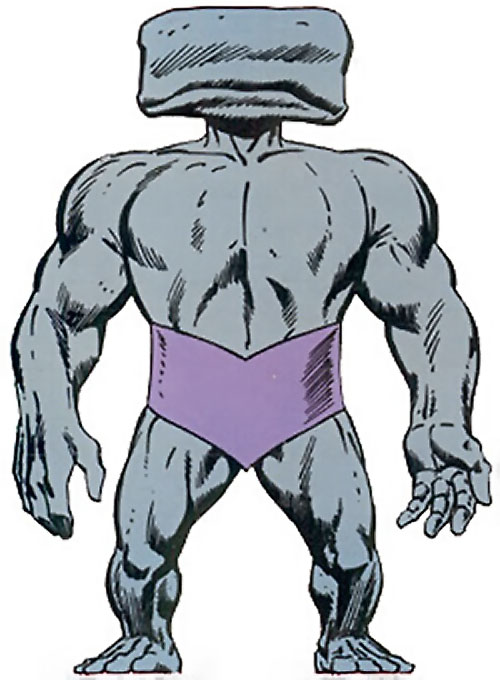 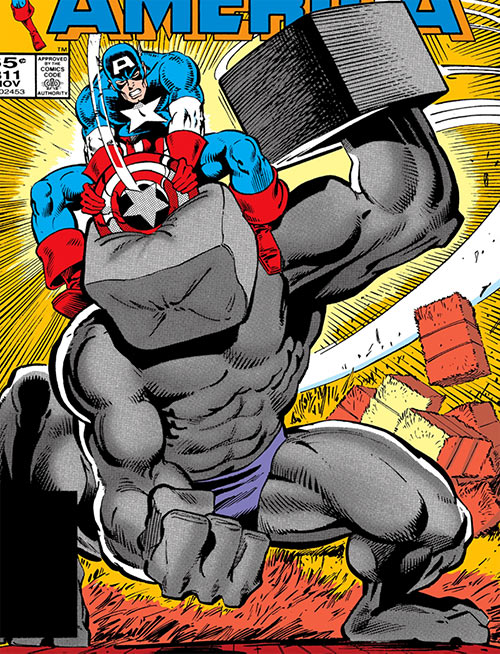