He has all the agility of a hippopotamus with St. Vitus dance.

Awkward Man wears a skin-tight blue costume with an A superimposed over an M inside an oval on his chest. His head is covered by the costume, in the style of the Flash, with little “ears” sticking out the top. He also either has webbed feet or wears swimming fins.

On his first adventure, the “AM” was on his belt instead of his chest. 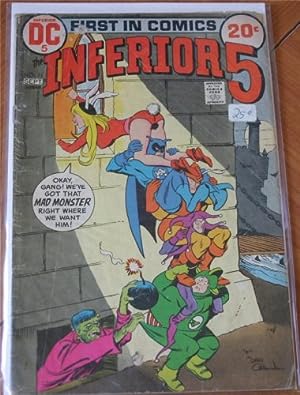