Fortune teller Baba is a witch.

Her greatest powers are watching remote things in her crystal ball. She can more or less preview the future and travel back and forth to the Afterworlds. Especially Dragon Ball’s version of the Realm of the Just Dead.

Baba is the elder sister of the Kame Senin, Mutenroshi. But she hasn’t devoted her life to martial arts nor to upholding the good. Baba is a necromancer who dominates divination.

She has made of her powers both her business and her pleasure, because whoever that wants her services has two options:

Until Songoku’s arrival, nobody had gone beyond the third fight.

After Songoku and his friends managed to defeat Baba’s 5 fighters, she was consulted on further occasions when science wasn’t enough to locate something, watch distant events, foresee future events or travel between dimensions.

She no longer asked for money or fights as she know the heroes had developed well beyond what she was able to throw against them.

Baba is a witch… Well, this almost says it all, because Baba looks like typical witches. Black dress, wizard hat with a wing and a magic ball that allows her to see the future and where things are.

She’s very small, but you’d also be if you were that old !

Phantominus is Baba’s ghost assistant. Despite of his ghostly looking, he seems pretty solid. He welcomes people at the door and farewells them, always politely, without caring about the looks of the losers… excuse me, of the ones who tried :-).

Baba lives in a big complex. Her HQ include the house where she lives, deliciously decorated ; the Pit of the Demon, a horrible pit of acid over which some fights take place ; and the Ring, where most of the fights happen (and quickly end 🙂 ).

The insides of Baba’s house are decorated in different ways. Some rooms (her own) seem the insides of a XVIIIth century French palace, while some corridors are made with the skeletons of huge monsters. The house is full with traps and secret doors, which Baba and Phantominus know very well.

“Ba-Ba-Ba… I am Baba the See-All !” (singing loud so the fighters couldn’t pick by ear where her Invisible Man fighter was)

Baba could make a good Deadman or John Constantine contact.

On the other hand, her attraction to good fights could make interesting to make her cross her path with superheroes like Batman, Blue Beetle, Steel, Supergirl or teams like The Outsiders or The Titans. 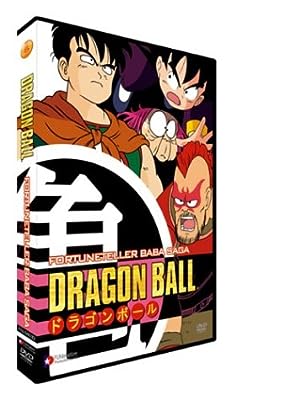