Baby Boom can kill with her mind. More precisely, she can trigger large explosions (enough to raze a large house) just by looking at something and concentrating.

She generally explodes objects near her target. But when she is willing to kill, she can detonate her target itself. This likely will instantly kill anyone who does not possess massive superhuman durability.

Baby Boom does not look like a normal kid. She is closer to a Cabbage Patch Doll  than a human kid in appearance. She’s stuck at the age of five. 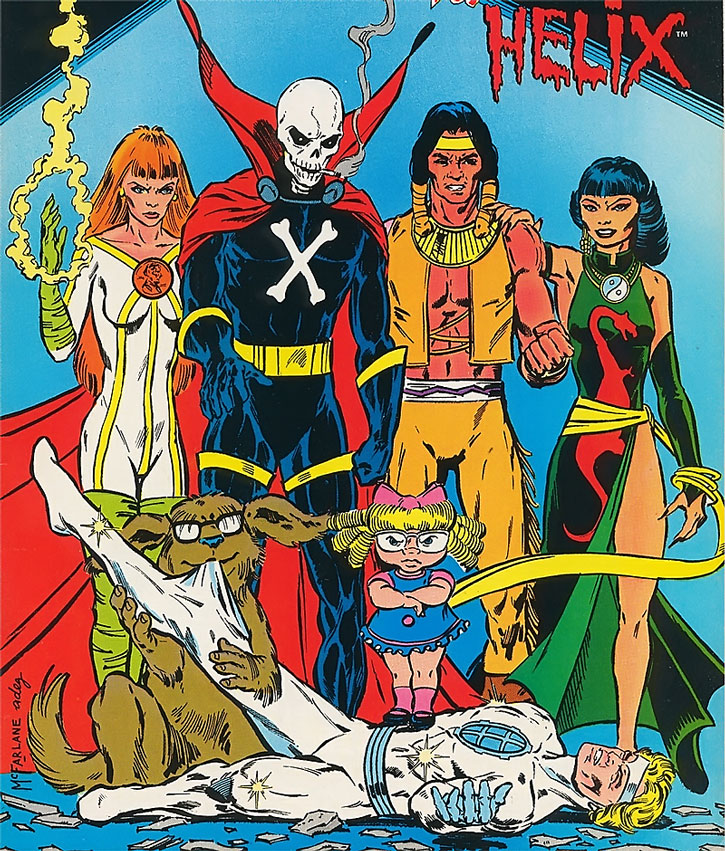 Helix members were raised outside of conventional morality. Until their late teens only knew about the world through television. They thus entered into contact with the world as rowdy teens. This led to considerable trouble and further sharpened their clan-like mentality.

Baby Boom often seems to be a case of arrested development. She enjoys kiddie shows on the TV, sweets and playing kid games, especially the cruel ones. She generally speaks like a child, but occasionally weirdly veers. Then she starts speaking like a hardened 1970s Brooklyn ruffian.

She might be completely insane. Supposedly her mind is as mature as the the mind of other Helix members (which may not be saying much), but in practice something is obviously not quite there. She hates being treated like a kid, but keeps behaving like a rather disruptive one.

As Babe she was still disruptive, but slightly more mature. She felt like a 12-year old playing at being like Madonna rather than a 6-year old. 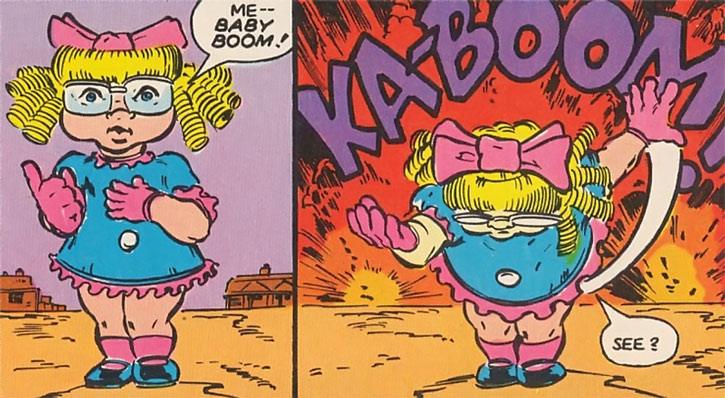 She likes playing fetch and the like with her closest friend, Kritter.

She tends to solve every issue by “booming” it – i.e., using her powers to trigger explosions. Other Helix members often have to make her promise not to use her powers when the situation does not actually calls for violence. She seems to have an unhealthy, almost pathological fascination toward killing, which makes even the other uneasy.

Baby Boom was apparently a supporter of killing Dr. Love. She was obviously quite happy at the original announcement of his death by cyanide.

“Later, shmater ! Wind-Walker’s right ! We got the broad over there. Let’s off ’im and make daddy-hawk pay for the pieces !”

“Don’t get mad, pretty lady, Baby Boom got a riddle for you: ’What’s furry and bouncey and got a long tail and flies ?‘ Time’s up ! A dead kanga !”

(About a nearby positive emotional experience) “Yeccch ! This is so sweet it’s fattening !” 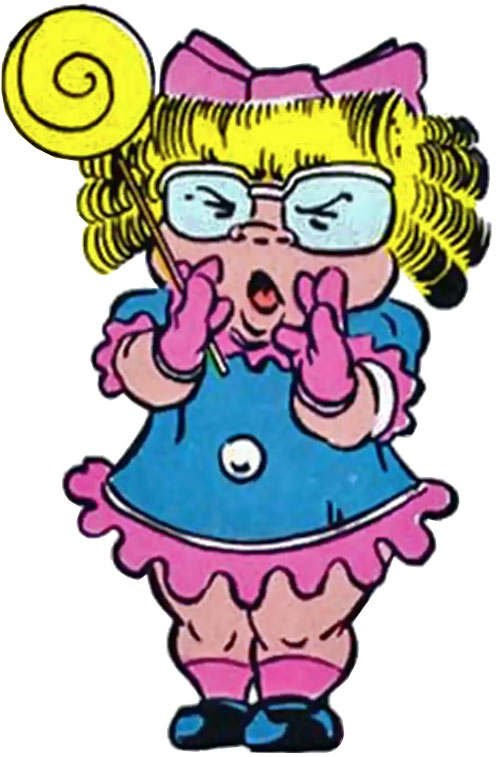 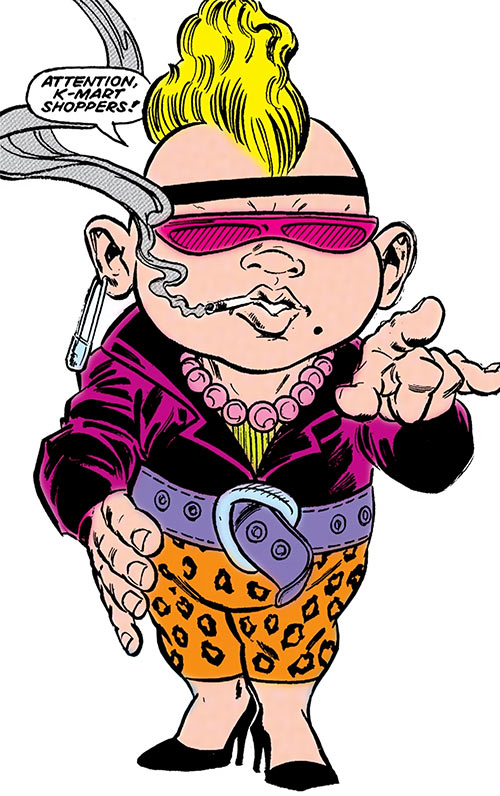 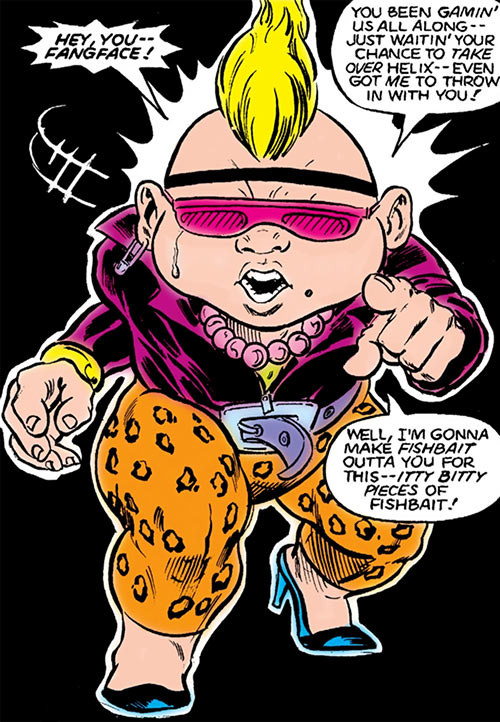 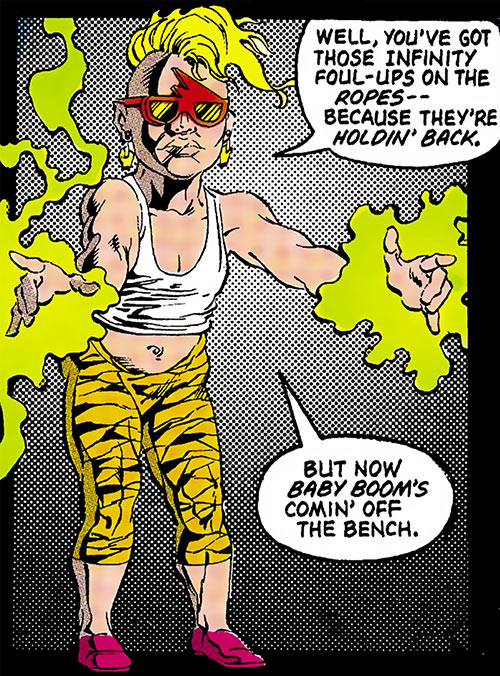