Back to the Future was a 1985 adventure/comedy movie with a time travel theme. It was ginormously successful, which seldom happened back then to genre movies that weren’t Star Wars.

It was funny, clever, well-made, well-reviewed and became a cult classic. There were two sequels.

Logically enough, it thus received DCH community notes early on, during the 1990s.

Back then it was reasonable to assume that everybody knew this movie trilogy backward and forward. So these were but brief notes with an emphasis on TTRPG stats.

And there isn’t much to gain in doing a more extensive version. The protagonist has no special abilities, and the movies remain well-known.

Marty can use his skateboarding Scholar to combine with his Land Vehicles skill, giving himself a +2 Column Shift bonus to his OV in combat while riding a skateboard or hoverboard.

Additionally, he can increase his speed by grabbing onto nearby vehicles. 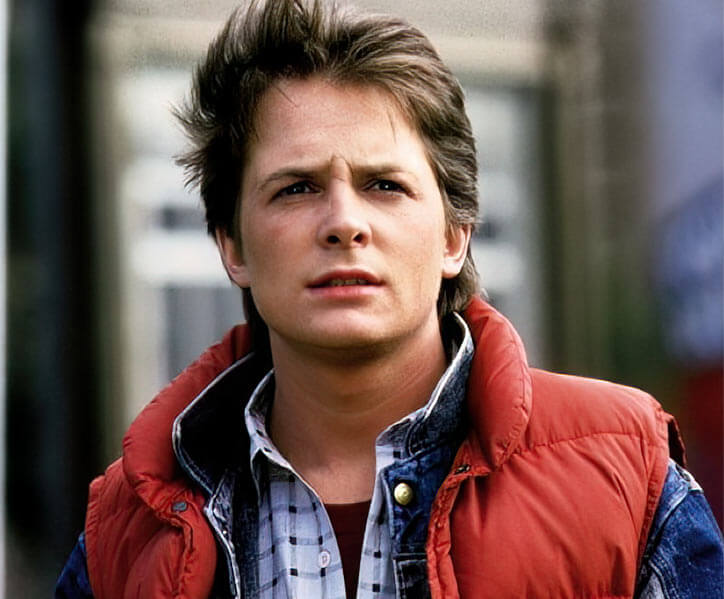 As a result of Dr. Emmet Brown’s invention of a time machine, Marty manages to screw up his own timeline. In order to make things right, he inadvertantly makes things better than before and saves Doc Brown’s life.

Later, Doc takes him to the future, where an old version of his enemy Biff borrows the time-travelling Delorean and alters the past so that Biff becomes rich and powerful.

Again, Marty manages to fix things, though Doc Brown is inadvertantly trapped in the old west, where Marty joins him in order to save him from a quick death.

While there, Marty overcomes his character flaw which would ruin his future life while Doc Brown solves a greater mystery even than time travel : women (why, yes, it was a 1980s movie – ed.). 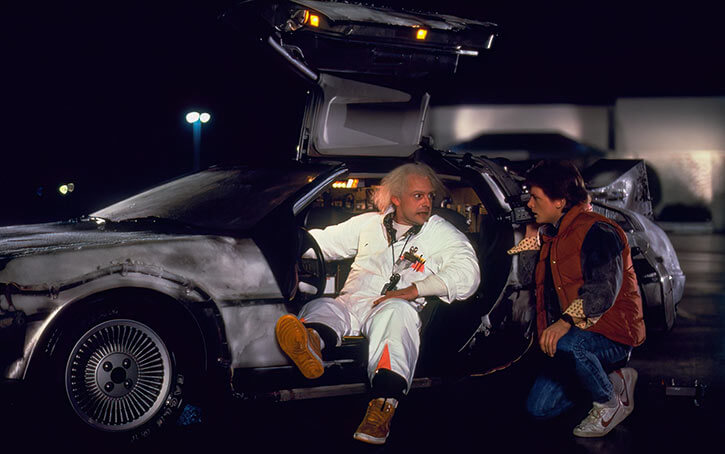 Hoverboard [BODY 04 STR 02, Air Walking: 00, Running*:, Bonus: Air Walking may be used in conjunction with Running, APs of Running equal APs of character’s normal movement (though this may be increased by holding onto a faster object like a car), Air Walking may not be used to float higher than a few inches above the ground.] Marty only has the hoverboard after the first part of the second movie.

Hoverboard Flight 1, Limited (to within a few inches of the ground), Platform • 1 point

Marty only has the hoverboard after the first part of the second movie.

Source of Character: Back to the Future movies.