Bad Penny seems to have super-human powers. She can generate enormous electrical charges in her body and discharge them through her hands, usually as lightning bolts.

It is possible, but unlikely, that she actually uses a gadget to do that.

Bad Penny could electrify a whole house’s conductive surface in order to shock anybody trying to open the windows, doors, etc.

Bad Penny used to work in a copper-working factory, manufacturing wiring and the like. When the large World’s Fair in Star City decided to use optical fibre rather than traditional copper cable, the factory failed to land a key contract. It thus had to fire people, including Penny.

Furious at the loss of her job, Penny joined two other disgruntled persons who had lost their job due to technological progress – Printer’s Devil and Pinball Wizard. They launched a campaign of amateur terrorism against the World’s Fair, taking over and destroying various parts of the Fair until Green Arrow (Oliver Queen) stopped them.

Bad Penny seemed to be the smartest and most determined of the three. Despite her bitterness, she led the strikes. She was capable of such actions as taking hostages and negotiating with the police. However, she never intended to have anybody actually harmed.

Though she was brusque and abrasive, she mostly wanted people to care about her problems.

(Blasting an automated junk food restaurant) “More machines mean less work for us ! From now on… Bad Penny’s running this restaurant !” (unloads lots of watts into the machines)

“The Fair’s deprived us of a living ! So all we want is the money we’d have made if it had never come to town ! At 100,000 dollars a year… for the two of us… over what would have been a 30-year professional life… you owe us six million dollars !”

“I’m cutting off the juice… but if you try to rush us… back it goes, and you’re all fried !” 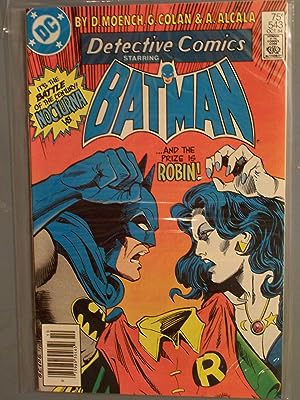 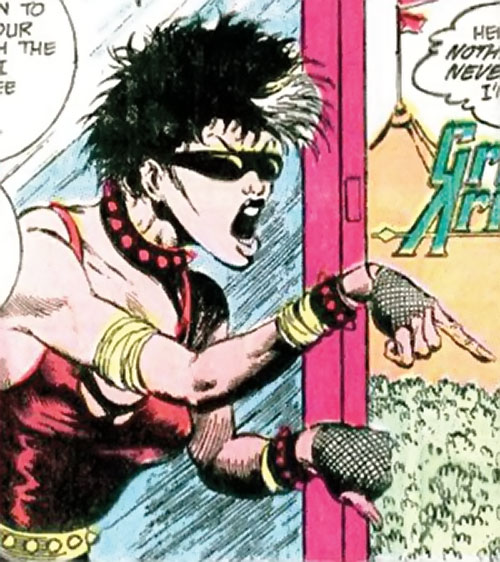