Badb is a minor but dangerous enemy of the Suicide Squad, and Jihad member.

She is presumably named after the Irish goddess , who is one of the Morrigans (no relation).

After making eye contact with her target, Badb can cause their fears to manifest. This paralyzes them and may cause cerebral haemorrhages in weaker targets.

She can attack a number of people in an area (multi-attack) or focus on an individual.

Badb has even been able to briefly incapacitate Superman.

A young Irish girl, Badb was recruited to the second iteration of the Jihad group.

Her age implies her powers weren’t the result of metahuman experimentation performed by the Quraci government as most of her teammates were.

Part of the group which attacked New York City, Badb caused chaos among pedestrians on the streets. When the Suicide Squad arrived she found himself facing Vixen, whom she overwhelmed using her power. But the arrival of Nightshade turned the battle, and Badb was subdued.

In 1992, she was part of the Jihad unit which tried to break President Marlo of Qurac out of an American military prison. They found themselves facing the Israeli Hayoth, the Suicide Squad, along with Batman, Superman, and Aquaman. Thus, their failure wasn’t any real surprise.

A vicious sadist, Badb enjoys the agony she inflicts on people. However, she’s capable of restraining her psychotic urges enough to perform her mission.

“I’m thinking it would be fun to peel yur mind ! Ah, so it’s death by suffocatin’ ye fear most, is it ? An’ isn’t that what you’re experiencing now ? ’at’s funny, mister ! Air all about ya and you can no take a breath, can ye ?” 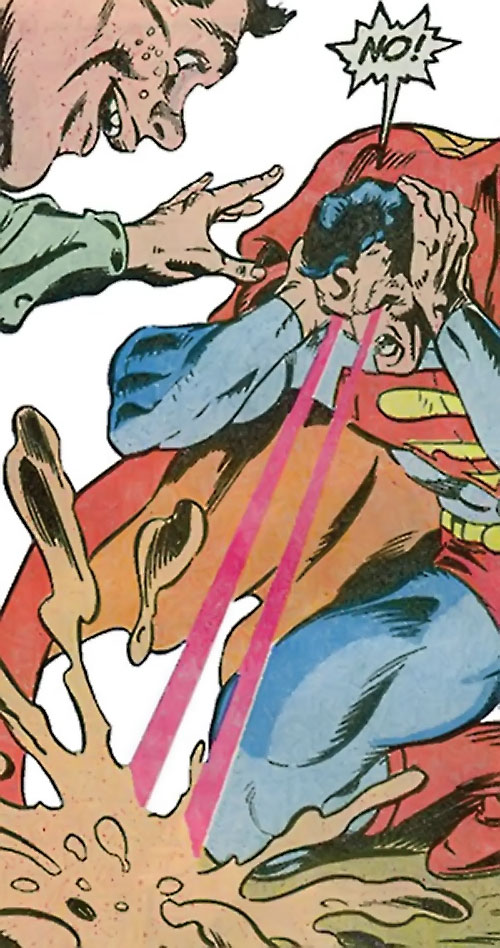