The Badger’s mental condition began to deteriorate early in childhood due to the physical abuse of his step-father, Rollin Sykes. To escape home, Norbert lied about his age and joined the Army. He was sent to Việt Nam, where he was captured and tortured by the Việt-Cong.

One of his captors, a Việt-Cong captain named Sang, used to bring Norbert and other POW’s out of their holes to fight him. Regular severe beatings by Sang nevertheless allowed Norbert to begin absorbing martial arts techniques from him.

During his imprisonment, Norbert was first visited by the God of Badgers. Thus “divinity” told him his purpose was to escape his captors and deliver justice unto the world. Soon afterwards, a bombing raid freed Norbert.

It is believed he remained in Asia for a time after that, studying various martial arts. He eventually he made his way back to America, and adopted the Badger identity.

He drifted in and out of mental institutions upon his return to the States. It was during one of these stays that he encountered Ham, the Weather Wizard.

Ham revealed himself to be an ancient Celtic druid. With the help of psychologist Daisy Fields, both he and Norbert were released. Intending to establish a power base in the 20th century, Ham hired Daisy as his personal assistant and the Badger as his bodyguard.

Badger embarked on many adventures. His enemies included Lord Weterlackus, the Hodag and the Roach-Wrangler.

During the tournament Norbert met and fell in love with another competitor, Mavis Davis, M.D.. They soon married.

Badger continues to work for Ham, and operates in the Madison, Wisconsin area.

Norbert and the Badger are only two of the eight multiple personalities this man possesses.

Badger is a hair-trigger vigilante,who sees nothing wrong with beating the crap out of those he views “uncivilized”. This includes people who harm animals or the environment, common street criminals, super villains, jaywalkers, etc.. He sees Norbert as a wimp, and insists on being called “Badger” at all times.

The Badger often makes animal noises when battering his opponents. When he gets really pissed off (Catastrophic Rage) his eyes go in different directions.

Badger also likes to drink beer a lot. He has a habit of referring to everybody he talks to as “Larry”, especially the first time he meets them.

Badger is often accompanied by an animal companion. He has used trained dogs, badgers, bulls, rats, etc., during adventures.

Another oddity is that Badger occasionally sees and talks with actor Warren Oates and other phantom people as well. Including but not limited to John Wayne, Bruce Lee, Liberace, and Elvis Presley.

He prefers to (and does) remain in his Badger persona most of the time. His other personalities are brought out when suffering from his Catastrophic Psychological Instability. They include:

Except for Gastineau, all of the personalities seem to be aware of one another.

Drawbacks:
CIA to beating up those who harm animals or the environment, CPI (eight multiple personalities ; sometimes Badger can see and talk to the ghost of actor Warren Oates ; he believes he is directed by “Myrtle”, the God of Badgers, who occasionally appears to him as a giant badger and gives him advice), “Married” (Mavis Davis, 5pts), Public Identity, Catastrophic Rage, Traumatic Flashbacks (Rollin Sykes). 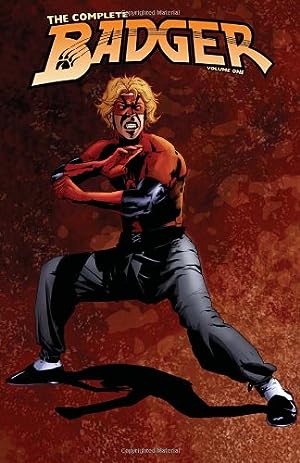 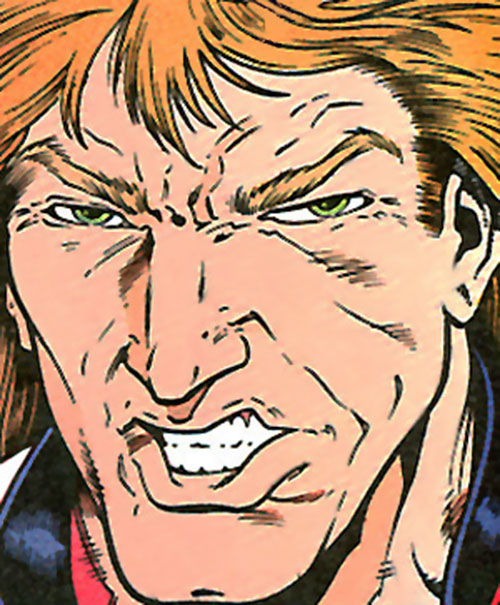 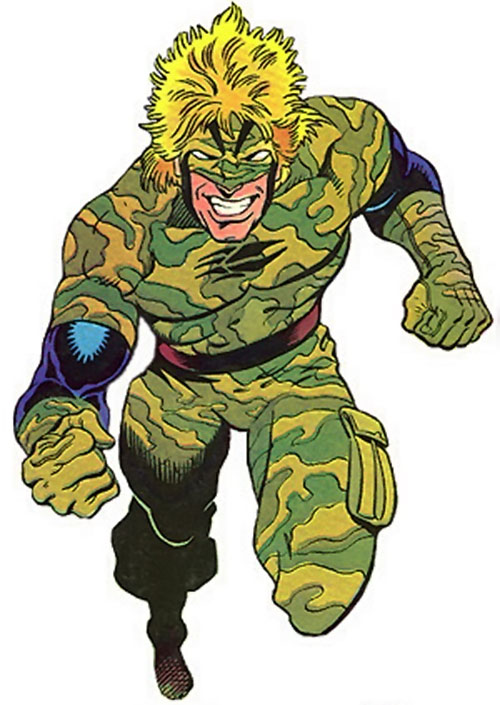 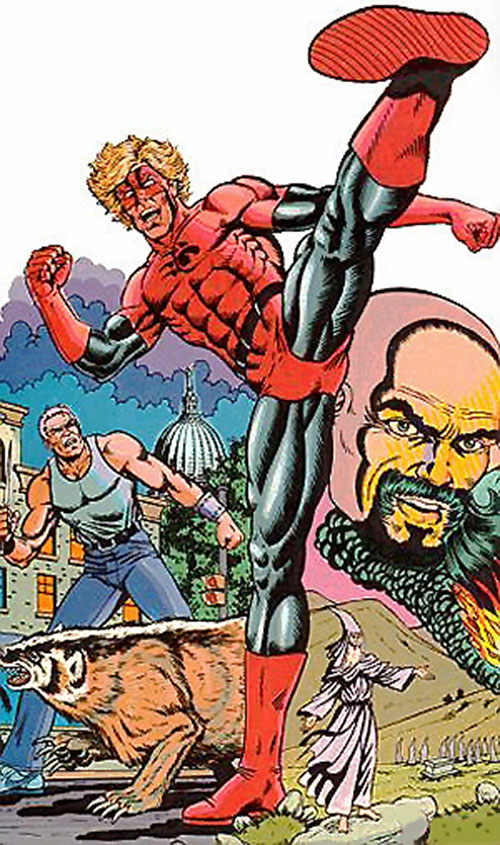 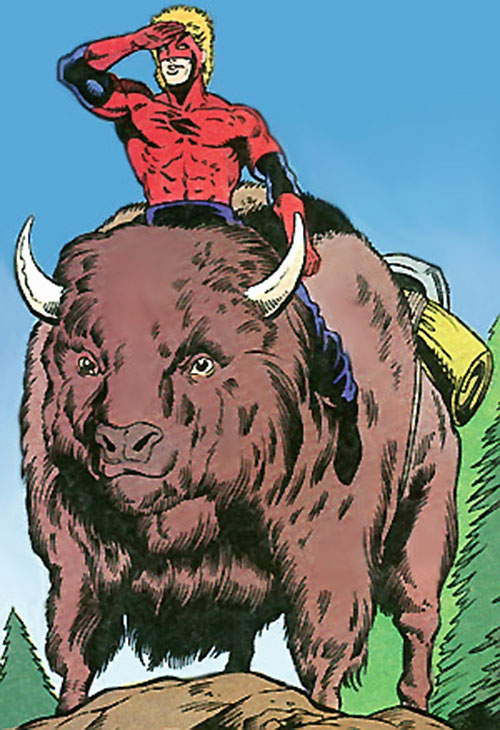 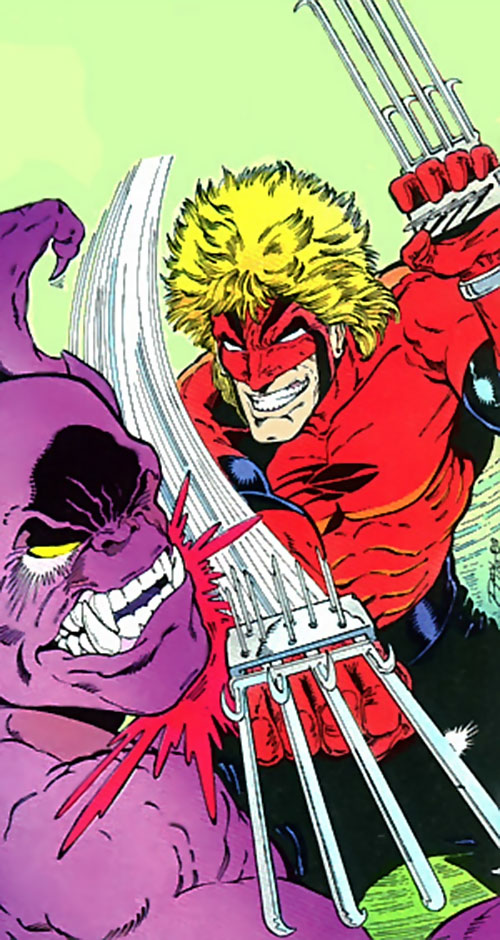