Radiation exposure turned Ned Creegan into a walking dynamo. His electrified body makes him a formidable foe in hand-to-hand combat. Trying to punch or grapple him is like grabbing a live wire. He could knock out even Batman with a touch, though it lasted for but seconds and was a surprise attack.

Creegan was supplied with two sorts of special pills. A white one will let him stay human for up to 24 hours, a purple one will instantly turn him into his superhuman form.

However, his superhuman form rapidly depletes his life expectancy – though the “one month per second” original assessment was likely exaggerated.

He’s a semi-competent petty thief, and knows how to handle a gun.

Ned Creegan was an ordinary thief until 1967, when he robbed gems in the laboratory of scientist Nevil Logan. In the process, he was bathed in a strange purple light.

As it turned out Logan was researching a cure for terminal radiation poisoning. Exposure to his experimental equipment turned Creegan’s flesh transparent, with his bones glowing purple through. It also charged his body with static electricity.

Logan cut Creegan a deal. He’d keep him alive using his curative pills, but Creegan would regularly come back so Logan could study him. The somewhat crooked scientist hoped to refine and sell his miracle cure to the Cold War-era governments for millions. 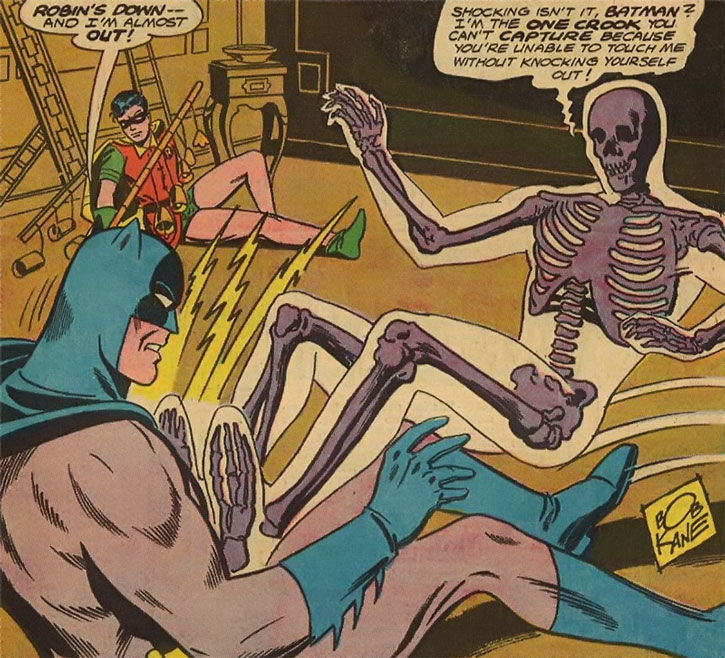 With his newfound abilities, Creegan was a more formidable thief than ever. He gave even Batman and Robin a run for their money. It was the Boy Wonder who nicknamed their new foe “Bag O’Bones”. When the Dynamic Duo finally defeated Creegan using statically-charged gloves, “Bag O’ Bones” lost his curative pills in the fray.

Batman and Robin rushed to Logan to get more, but the scientist unleashed test animals mutated like Creegan. By the time the Caped Crusaders captured Logan and forced him to concoct more pills, Creegan had allegedly lost most of his remaining years. Creegan blamed Logan for his impending death, while Logan pointed out that it was Creegan’s fault for trying to rob him in the first place.

In human form, Ned Creegan is a nondescript man with short brown hair, who dresses in ordinary casual clothes.

As Bag O’Bones, his skin, clothing, and internal organs become transparent, revealing a glowing purple skeleton. Sparks fly whenever his electrified body comes in contact with something.

Creegan was a cheap thug with little imagination or ambition. When granted superhuman powers, his only thought was to keep committing the same kinds of small-time robberies as always.

He was understandably reluctant to assume his Bag O’ Bones form. Thus, he would start out his crimes in human form, only transforming if some unforeseen difficulty occurred (i.e., superheroes show up).

If a fight started to go on too long, he would start looking for an escape route, or failing that, surrender. He was terrified about losing too much of his lifespan.

Bag O’ Bones clashed against a relatively early Batman, who probably still had Physical Attributes of 7/4/5/. 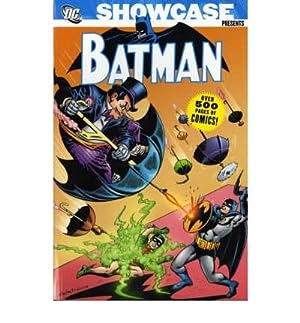 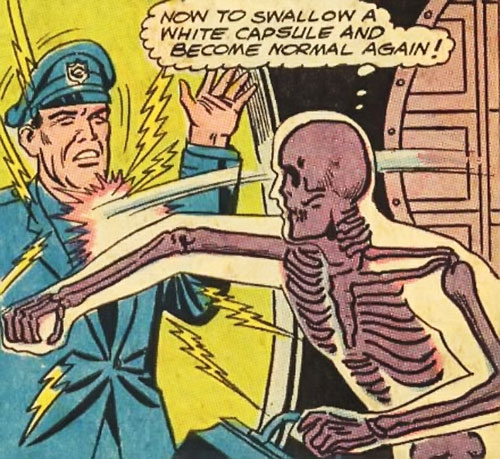