Balalaika is one of the toughest, meanest crimelords in Roanapur. She’s a former Russian special forces commando who still operates with her unit. Her nickname comes from an archetypally Russian musical instrument .

As seen in Two Father’s Little Soldier Girls, Balalaika is a crack shot, and scores several head shots in a row using a SVD Dragunov sniper rifle. She is also skilled with handguns and manages to nigh-instantly shoot the pistols out of Revy’s and Roberta’s hands in Episode 10 , The Unstoppable Chambermaid.

She’s also shown to be capable in hand-to-hand combat as well. Balalaika effortlessly disarms an attacker of his knife and then snaps his neck in Episode 20, The Succession.

However, Balalaika’s greatest “power” is her cadre of more than two dozen ex-Spetznaz/VDV troopers. They served with her in Afghanistan. Known as the Desantniki (Russian for “deep strike”), or the Visotoniki, these men are hardened combat veterans.

Well-trained and skilled at combat operations, they are as ruthless as their Captain. They follow her with nearly fanatical devotion.

Unlike most other criminal cartels, Balalaika acts as if any Hotel Moscow operation is a military one. She approaches situations with military planning and precision.

This is seen best in Episodes 14 and 15 (Bloodsport Fairytale and Swan Song At Dawn) when Hotel Moscow is hunting Hansel and Gretel. It can also be observed in the entire Fujiyama Gangsta Paradise story arc, in which the Desantniki destroy the Washimine Group.

Balalaika is a former Spetznaz/VDV (Russian Airborne) trooper. She saw combat in the Soviet invasion of Afghanistan. She ocne held the rank of Captain in the Russian military. Her exact age is never specified, but my best guess puts her in her mid-30s if Black Lagoon is set circa 1995. Or mid-40s if it is set around 2005 or so.

Flashbacks during Episode 21, Two Father’s Little Soldier Girls, show her to look to be between 10 to 14 years-old in 1976. Furthermore, it is mentioned she is training to enter the Olympics in target shooting.

Eleven years later, in 1987, she is a First Lieutenant in Afghanistan, and is an expert marksman. However, in 1992 she has been stripped of her rank, is no longer a Captain, and watches dejectedly as an American wins the gold in women’s Olympic rifle competition. Her face isn’t scarred at this point and her hair is still fairly short.

Sometime later, we see a scarred Balalaika at the funeral for her original second-in-command. She declares that “dirty money” was what killed him and it is her intent to go to war.

For Balalaika, war meant becoming part of Hotel Moscow, a branch of the Russian mafia. She (and her men) now live and work in the city of Roanapura, where they engage in various criminal operations. These are designed to increase Hotel Moscow’s power and influence under the cover of the “Bougainvillea Trading Company.”

Balalaika is a tall woman, standing roughly 5’10” with a strong build. She’s wide in the shoulders and hips and well endowed, with blue eyes and thick wavy blonde hair that would fall past her waist if she didn’t keep it tied up.

She tends to dress in low-cut business suit and wear her old uniform jacket as an overcoat. At some point she was burned and scars cover the right side of her face and her upper body (at least). This earned her the derogatory nickname of “Fry-Face.” However, I highly recommend against using this within her hearing.

One can sum up Balalaika in one word: ruthless. She will get what she wants, and will not hesitate to use whatever force is needed to get it. Those crossing her can expect no mercy, and she isn’t above using torture to find out what she needs to know. As well as mercilessly executing a now beaten and bloody informant once she has the information she needs.

She doesn’t bother with flamboyant and grandiose gestures either. But she did blow up Chin (as well as most of his apartment building) as a show of force to the other crime cartels of Roanapura.

Interestingly, Balalaika does have a sense of honor. Thus, she will treat fairly those who deal squarely with her. She respects (and seems to like) Dutch for example, and uses Lagoon Couriers for most of her jobs. She also seems to have a liking for Rock, probably because of the defiance he showed Asahi after they declared him “dead,” as well as his business and language skills.

She even tolerates Revy calling her “big/elder sister.”

“You ‘think so’ ? Don’t misunderstand me. I wasn’t asking, I was commanding.”

“Hotel Moscow will show no mercy to anything in its way. We will reject it and annihilate it. Family, friends, even the pet dog if necessary.”

“What I seek is destruction and domination. I don’t have interest in anything else.”

Of course fleshing out Southern Asia is always nice and here is an extremely powerful villain to fill the void. She would likely have connections to KGBeast and other ex-Soviet villains.

Equipment:
Balalaika has been seen using the following equipment. She is primarily the leader and does not venture into the field that often however one could reasonably assume that she has access to whatever military armaments she wants as her mighty Desantniki are seen using all sorts of military hardware.

Balalaika’s full abilities are highly speculative. We very rarely see her do anything, but command her own personal army and run the day-to-day affairs of Hotel Moscow.

What we do see her do is extremely impressive such as disarming two highly skilled combatants by shooting the guns out of their hands (Revy and Roberta) in one multi-attack, repeatedly making some very long ranged sniper shots while in combat and under heavy fire, and rather effortlessly handling armed thugs in hand to hand combat.

That and she’s got a personal army of highly skilled commandos that were able to annihilate several factions of the Yakuza in Japan inside a week and the high ranking police officials were actually too intimidated by her mere presence to actually arrest her even when it was pretty clear she was guilty.

With all that as circumstantial evidence I’ve chosen to give her extremely high power levels and be somewhat speculative on the otherwise impressive array of skills that she is likely to possess.

Equipment: (for a fire team) 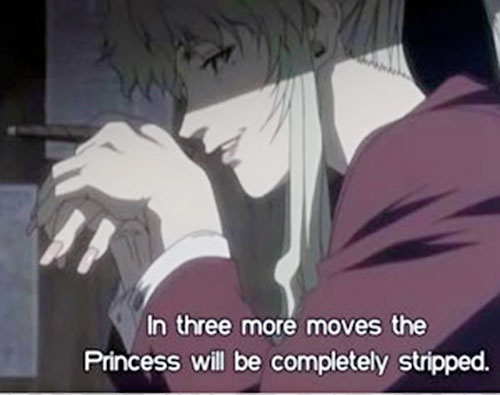 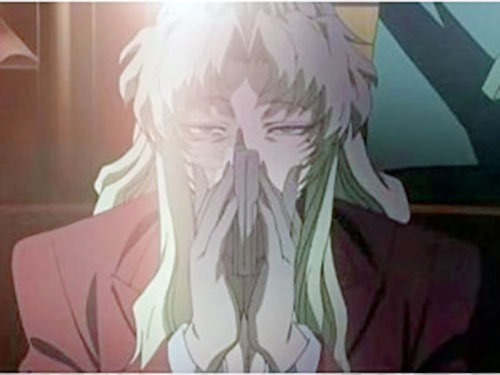 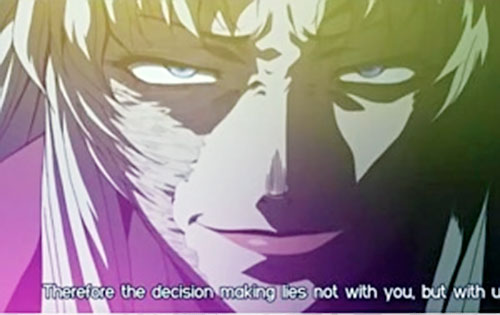 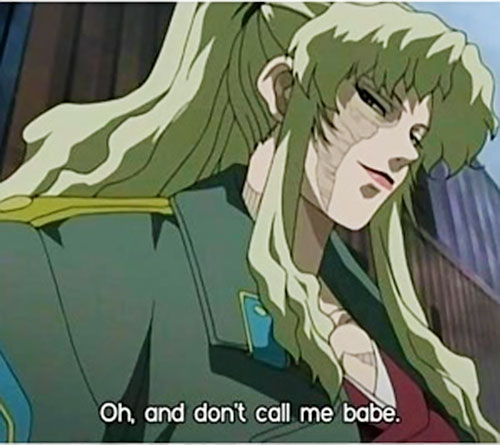 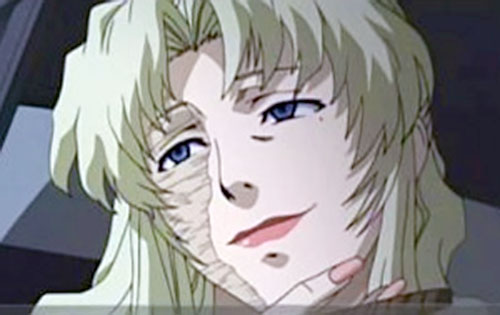