Nobody cares about them. But in a tabletop role-playing game, they could be useful.

If you’re not the RPG type, well at least it’s a short read.

Ball-n-Chain’s wingmen aren’t named in the comic. The name “the Knuckles” is therefore arbitrary.

Plus, “the bad seeds” was already taken.

These men are large, experienced brawlers. They all are equipped with brass knuckles, and fight hand-to-hand.

The leader wields a medieval European flail – hence his moniker. If you’ve ever held one, you can appreciate how actually wielding a flail in combat ain’t trivial. His specific model has brass knuckles built in the handle, so I guess it’s a “trench flail” of sorts.

They were hired by the Cowled Commander (Roger Muldoon) to attack Captain America (Steve Rogers). They were easily defeated.

That outcome was predictable. Thus, the goal may have been to facilitate timing a bomb that was waiting for Captain America at his nearby destination.

Generic member of this trio

The stats are kept simple since these guys are so, so minor. They are a bit highballed to make them slightly better than a generic beefy thug. 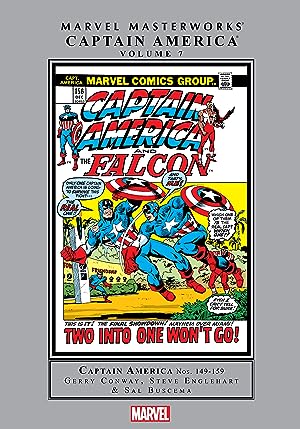