Ballistic is a mutant with superhuman hand-eye coordination (and thus shooting ability). On top of that, she was turned into a cyborg with impressive combat abilities.

One trick she has sometimes used is hurling small objects with her cyberarm, thus turning them into deadly projectiles.

Cassy apparently had a miserable childhood. She didn’t know her mother, and her father was abusive.

The only thing she could do well was shooting things. But her career in sports (I have a version saying that she was a star pitcher, another that she was part of the US Olympic shooting team) went down in the toilet. That happened when her boyfriend beat her in a fit of jealousy, destroying her good eye and irremediably breaking her left arm.

After some aimless years, she was recruited by Cyberdata, and evil corporation. Lane had her memories erased in order to become a SHOC, a soulless cybernetic killing machine. They cybernetically replaced her arm and eye.

She met Cyberforce when attempting to recruit Velocity – whom she would later learn was her sister. Lane would eventually be freed of her SHOC conditioning, regaining her free will.

Ballistics is currently wandering the US, and is loosely associated with Cyberforce.

Ballistics is somewhat crude and quite confused. She actually likes seediness. She’s hurt inside by hazy yet horrible memories of what she’s done as a SHOC.

Her basic strategy is to tough everything out in order to ignore her very real problems. She enjoys being a bad girl with an attitude, and drowns the rest in beer and bar brawls. She’s a self-centred junkie, and her taste in men sucks.

Replace Cyberdata with Lexcorp, and here you go ! The SHOC become variations on the Team Luthor theme, and the Kraken (for those of you who read Cyberforce) would have been a master weapon intended against Superman.

The Cyberdata mess in the last few months of 1996 would be replaced by the seeming death of Luthor and the appearance of Luthor II. So you ’ll have to position Cyberforce in the early 1990s. Which is when they belong, anyway.

Drawbacks:
MIA toward having an attitude, MIA toward alcohol, SIA toward drugs, Guilt (past as a SHOC), Mistrust (same), Dependent (Velocity, 10pts). 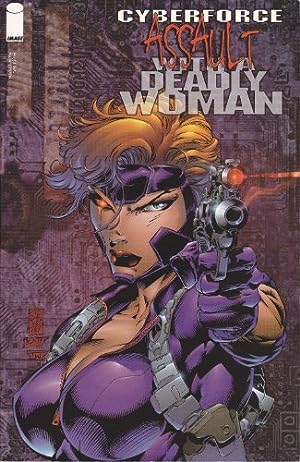 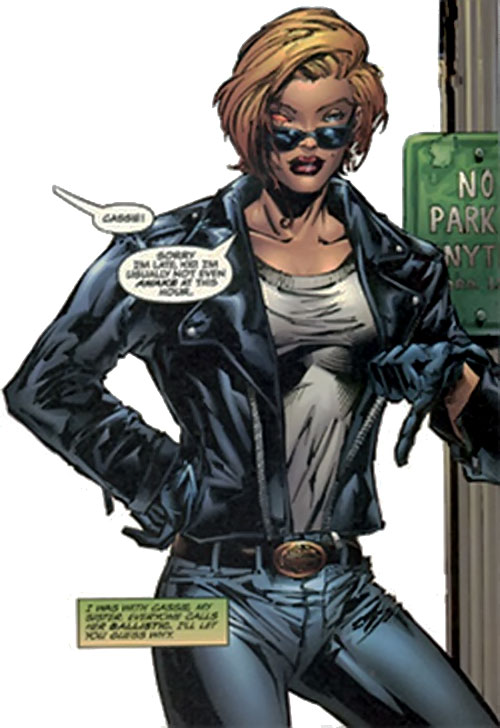