Balloon Man is literally a living gasbag. He can:

The Balloon Man simply appeared one day and began a series of daring robberies.

He managed to thwart the Metal Men on several occasions. Eventually they used intense heat to reduce him to steam, apparently killing him.

The Balloon Man looks like a man-sized dirigible. He has stubby arms and legs and a dome-shaped head. His rubbery skin is pink, with blue seams.

The Balloon Man is simply a thief, out to grab as much loot as he can.

He takes great pleasure in humiliating his opponents, and frequently taunts and laughs at them. 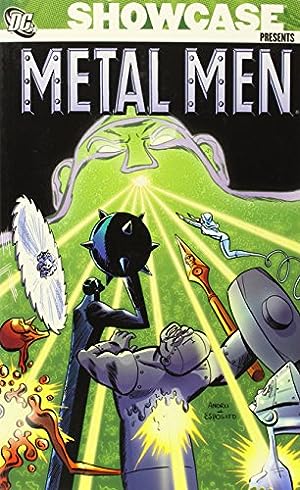 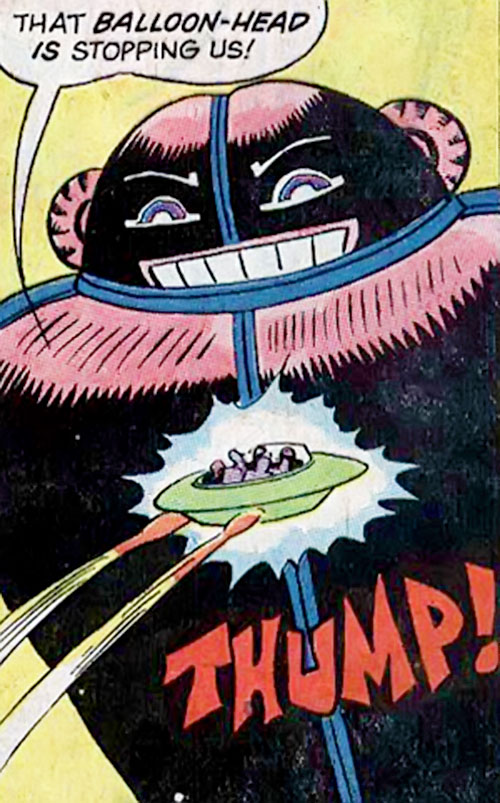