Balthazar Blake is a powerful wizard. He is one of three apprentices of Merlin. A mystic ring allows him to access his latent magical abilities.

Balthazar calls everything he does spells. Some of these are so practiced he doesn’t need components, somatic , or otherwise. But others take time and are intricate rituals. His go to spell is the plasma bolt (in DC Heroes RPG terms, Mental Blast). 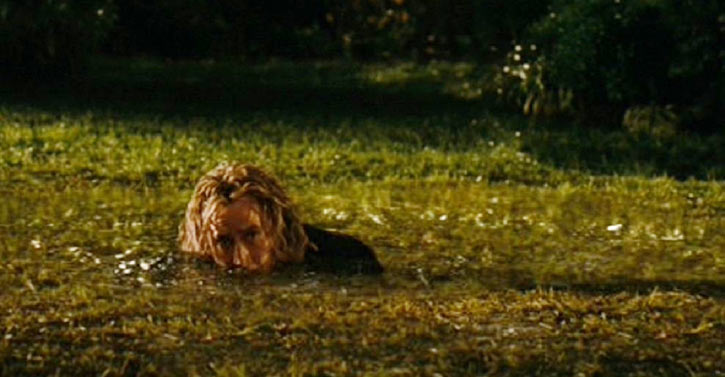 Blake uses a portable hole to hide into solid ground.

At over a thousand years old and in his long lifetime he’s amassed quite a few magical artifacts.

The clothing he wears is evocative of his fantastic past. But it’s also practical. His pointy wizard shoes have rubber soles preventing electrocution. His leather trench coat can be used as a shield. The wide brimmed hat he wears keeps the sun and rain off him.

Around 740 A.D., Merlin was perhaps the most powerful wizard of all time and would be the most well-known. His main enemy was Morgana La Fée. These two magicians fought many times. But finally, Morgana won and killed him.

She did this by turning one of Merlin’s own apprentices against him. Merlin had three apprentices:

Veronica used a spell to draw Morgana’s soul into her own body, trapping her. But Morgana would kill Veronica from the inside. So, Balthazar trapped them both in the Grimhold. This nesting doll is an artifact that can seal its victims in a suspended state for all eternity. This saved Veronica’s life and trapped Morgana.

Over the centuries, Balthazar fought many evil wizards called Morganians. He trapped each defeated one within another layer of the doll. Horvath was also encased within, but on an outer layer of the nesting doll.

Merlin gave his ring to Balthazar. He instructed him to find the heir to his power, the Prime Merlinian.

A young David Stutler, on a school field trip, found himself by chance in a small shop called Arcana Cabana. Here he met Balthazar Blake who believed David’s appearance in the shop was fated to be. Balthazar gave Dave a tiny silver dragon. In the youth’s hand the dragon came to life, curling around his finger and becoming a ring. Dave was the Prime Merlinian! 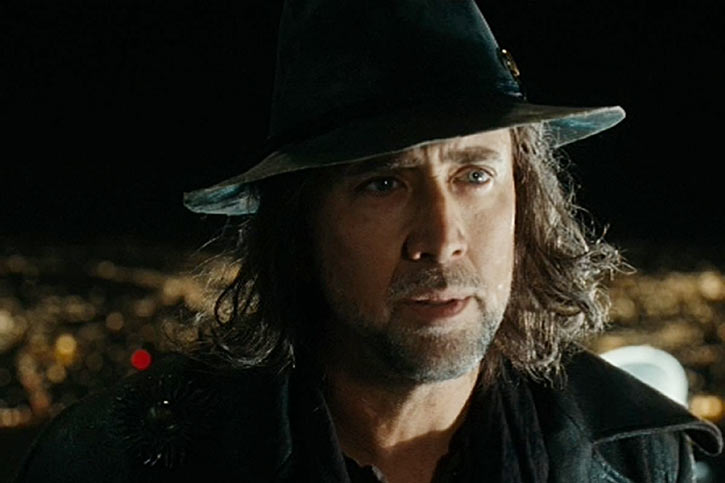 Dave accidentally freed Horvath, and was nearly killed by him. Balthazar interceded, saving Dave. Balthazar had to use another artifact, a sand filled urn, which sucked them both inside. This stopped Horvath. Dave was left bewildered, freaking out and talking nonsense about wizards.

Dave has years of counseling. He finally comes to the conclusion that he did not see what he thought he did. He puts away the ring in a drawer and moves on with his life.

The artifact urn is magically preset to hold its occupants for exactly ten years. So, Horvath and Balthazar are released again. Horvath quickly finds the now adult David and demands the Grimhold from him. Dave is rescued by Balthazar in a narrow escape.

Balthazar explains the situation to Dave, but leaves out the part about him being the Prime Merlinian. Dave doesn’t want to be involved but promises to help Balthazar find the Grimhold. Dave just wanted a normal life.

Both Balthazar and Horvath use magic to find the Grimhold’s current whereabouts, Chinatown. On the way there Balthazar quickly teaches Dave his first spell, a fire one. But Horvath gets the nesting doll first and releases a fellow Morganian, Sun-Lok.

They fight Balthazar and Dave through the streets of Chinatown. Balthazar gets the upper hand while fighting Horvath and takes the nesting doll from him. Dave defeats Sun-Lok with his newly acquired fire spell.

After getting a taste of magic, Dave decides he wants to know more. Balthazar begins training him. At the same time Dave begins a relationship with Becky, his childhood sweetheart. Horvath again confronts Dave demanding the Grimhold from him. And again Balthazar rescues Dave.

Balthazar tells Dave everything, including the fact that the Prime Merlinian will be so powerful he won’t even need a ring. Balthazar also confessed to his love for Veronica and the torment of keeping her safe but trapped. All these years and he can’t be with her.

Horvath learns where Balthazar has been training Dave. Using a disguise, the Morganian Drake tricks Balthazar into a trap. Horvath arrives and they take the nesting doll. Dave and Balthazar give chase but can’t catch them.

Horvath opens the next layer of the nesting doll. This releases Abigail Williams, a witch from the Salem witch trials. Abigail goes to Becky’s radio station and kidnaps her. All is set when Balthazar and Dave arrive. The two are split up. Balthazar gets caught in a magical trap while Dave finds the Grimhold. 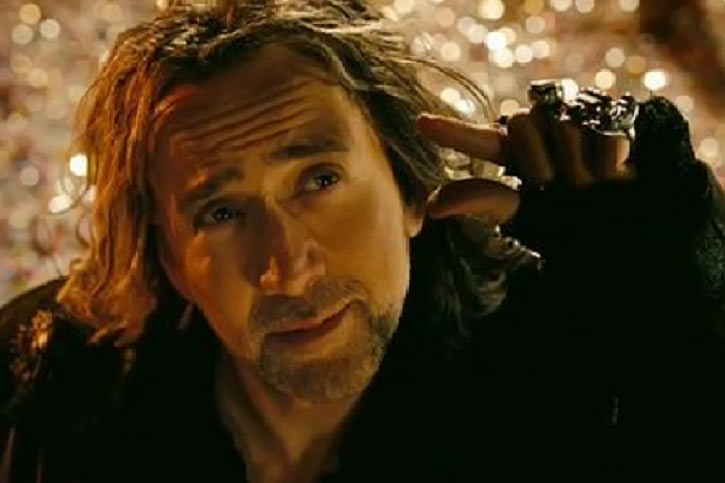 Horvath threatens Becky causing Dave to relent. He gives up both the Grimhold and Merlin’s ring. Horvath adds Drake and Abigail’s rings to his own, killing them both.

Balthazar goes to fight against Horvath on his own. Dave and Becky come up with a wild plan using Tesla coils strapped atop Balthazar’s car.

When they arrive in the Financial District, it’s too late, Morgana is already free! Morgana and Horvath are casting a dark ritual called “The Rising”. The spell will raise an army of the dead and enslave mankind! This will be the final battle for good! One way or the other…

The War between Sorcerers was fought in the shadows of history

The sorcerers in this timeline have often clashed and the destiny of all mankind is shaped by the outcome of their battles. However, men do not see the battles. They do not even have an inkling of an idea what is going on. Magic is used to obscure all knowledge of itself and its practitioners.

An example was seen in the film when David observed Balthazar and Horvath having a mystic duel. The antique store was demolished and set on fire. When David’s teacher and classmates looked inside moments later, there was no evidence of the fighting at all. Furthermore, both sorcerers were disabled at the time. So they could not be behind this illusion.

The best reasoning for this would be that a global spell with a significant duration was cast long ago and remains in place. This spell obscures all magic to non-sorcerers.

Balthazar Blake has never changed his look, after all those many years!  Though his long hair brushed to both sides looks unkempt, he keeps his goatee neatly trimmed.

In winter, his large hat and trench coat are accompanied by fingerless gloves, sweater, and even knit arm warmers. All are black.

Very determined. But then, Balthazar has to be. He is under constant attack by Morganians who want to rescue Morgan Le Fay from her prison. He’s serious about everything, his duty is always in his mind.

Balthazar has the burden, not just of finding the Prime Merlinian and training him, but also of protecting and saving his beloved Victoria. He has sad eyes, alone in his mission.

When he meets David and confirms he is the Prime Merlinian, Balthazar is relieved and excited that his long journey. His long wait is finally over.

As a teacher, he is disciplined and tries hard to instill his own beliefs in David. However, his “old man” ways aren’t always received easily by this reluctant, new generation kid. Still, Balthazar actually enjoys getting to teach and takes a liking to Dave.

He’s a good study of people and can often predict what people will say and do before they themselves do.

“Trust the ring, Dave. And keep it subtle, civilians mustn’t know magic exist. That would be complicated.”

Balthazar: “You skipped the first step, clear your mind !”
David: “Skipped the first step… Whoa !” (A gout of flame shoots past him) “Clear my mind ? Are you insane ?!”
(Balthazar holds up his first finger and thumb about an inch apart.)
David: “Little bit.”

“This is the Merlin circle. It focuses your energy. Helps you master new spells. It is where you will learn the art. Step inside, you leave everything else behind, once you enter, there is no going back.”

“Your ingenuity and your heart will give you an advantage over Morgannians. They rely only on the power of their magic but if you’re up against the wall, there’s only one weapon of choice. The plasma bolt.”

Balthazar: “Merlin had three apprentices. I was one of them.”
David: “You were Merlin’s apprentice ?”
Balthazar: “He cast a spell to keep us from aging till we found the sorcerer that would inherit his power…and his dragon ring.”

“You don’t know anything about a living hell.”

“No one knows how much time they have to be with the people who are the most important. Enjoy it.””

The DC version of Merlin also battles Morgaine Le Fey and since 1987 is Etrigan’s half-demon brother. He certainly could have had three apprentices but in the DC Universe he is still alive. Therefore, Balthazar Blake would have no reason to seek out the Prime Merlinian.

He will always fight against the Morganians, bringing him and his enemies into your game could be fun.

*Which* Camelot he comes from could also be considered as a twist.

Having Nicholas Cage play Modred the Mystic seems reasonable. For some values of reasonable.

Note:
Immortality is temporary, it will disappear when the Prime Merlinian is found. At that time, Balthazar will begin to age normally.

Rituals:
Merlin’s Circle
Effect: Enchantment: 02, may only add 01 AP to Occultist skill and 01 AP to Spirit.
Casting Time: 03
Components: 00 (Cost in APs).
Special Restrictions: A large circle must be drawn/etched/or built on the floor.
Comments: Balthazar said this spell will allow sorcerers to focus on magic and spell casting.

Although Balthazar’s Wealth is rated at 000 APs, he can make anything he needs out of thin air, including money. 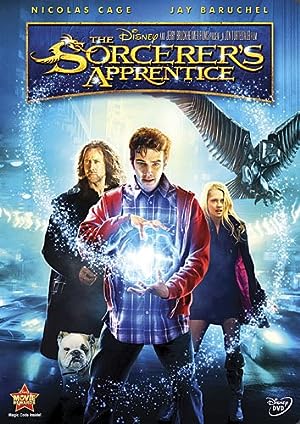 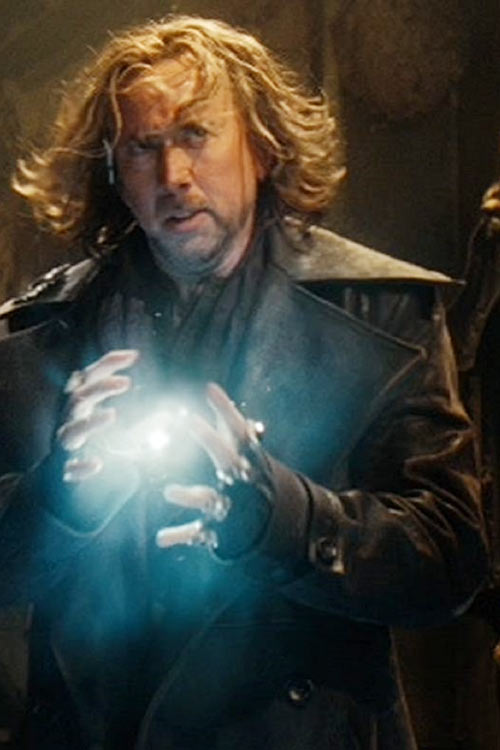 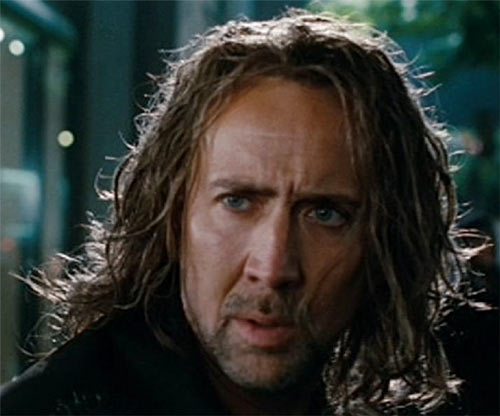