Banshee is a mutant with sonic-based powers. He can create powerful vibratory effects with his voice, using them to fly, to shatter objects, to place people in a trancelike hypnotic state, and as a form of sonar. He has been shown to have a high degree of control over his powers. 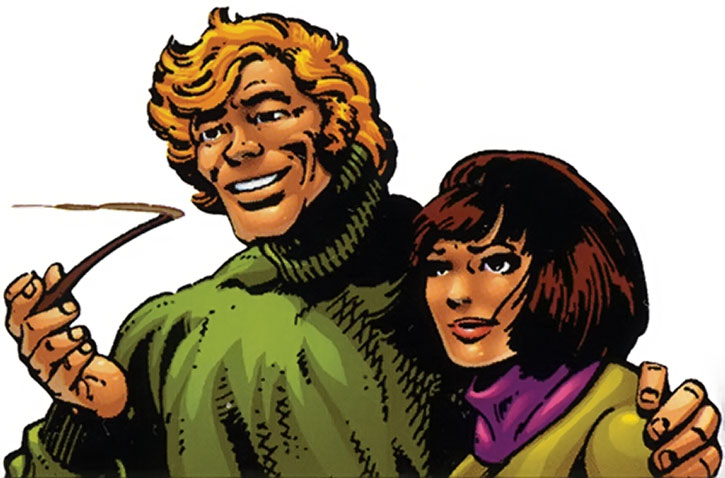 Sean is a free soul who gets irate only when he thinks about his villainous cousin Black Tom, or when someone close to him is threatened. He is a hopeless ladies’ man who has carried a torch for Moira MacTaggart for years. He has a fondness for American westerns. 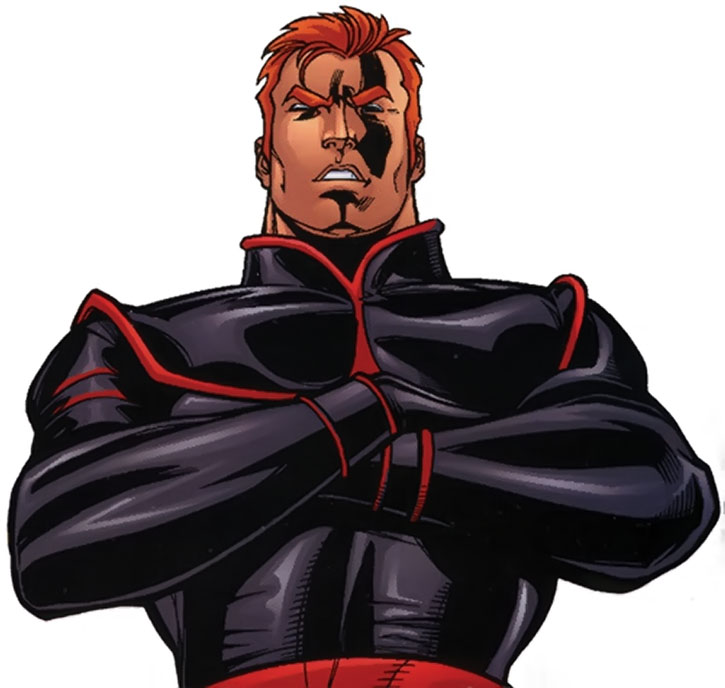 (To Vindicator) “And ye, Major Maple-Leaf or whate‘er ye call yourself, you’ve hurt the woman I love ! And if it costs me life… I’m goin’ to make ye pay !” 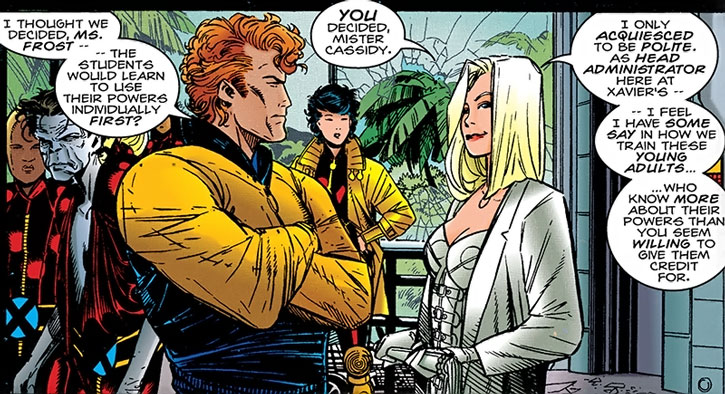 Banshee was an Interpol operative who went rogue when he was held back from his investigations of an international serial killer(see Generation X for this). He wound up on the wrong side of the law when he tracked down the killer and killed him to stop his predations, and became a wanted criminal himself.

He wound up taking refuge in the Suicide Squad, and, eventually becoming a more respected meta, found himself throwing in with the Doom Patrol.

Bonuses and Limitations:
Banshee’s Vehicles skill apply to both piloting and mechanics of air/spacecrafts (+1).

Banshee seems to be one of the more stable mutants in Marvel’s répertoire. He has changed surprisingly little over the years, most changes being character-driven background revelations or subplot involvements (i.e., his Power Complication subplot where he lost his Sonic powers). When he has had his powers, they remained at a fairly static level.

Before her death from the Legacy Virus, Sean had Moira MacTaggart as a Dependent (10 Points).

70 HPs is for Banshee as an active X-Man ; before or after that he tended to operate with 30 HPs instead. 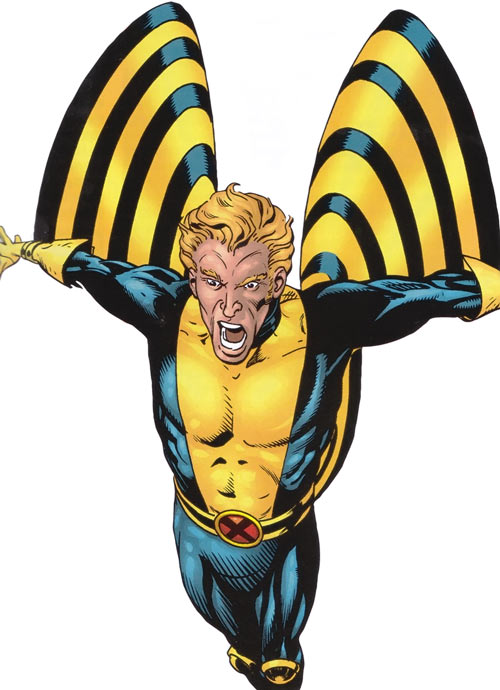 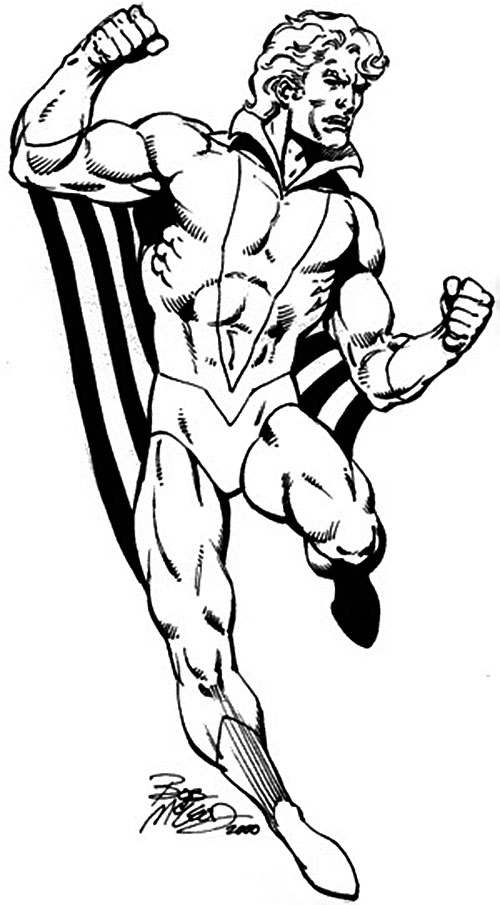 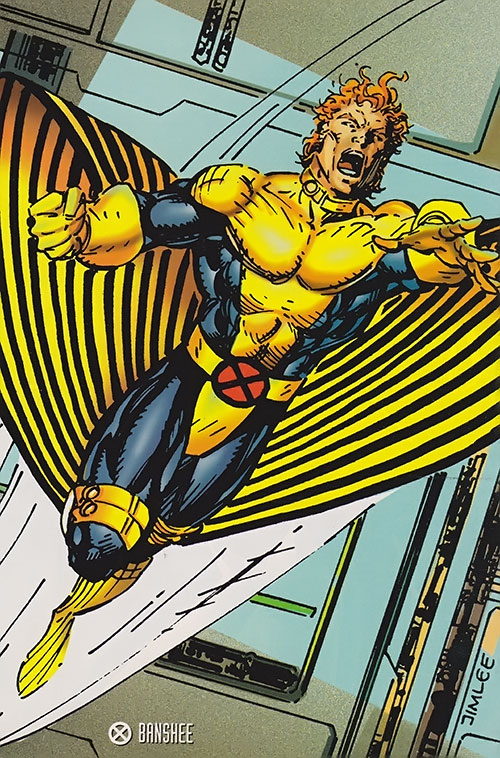