Max is a circus performer trained in the handling of gliding capes.

As the Banshee, he uses a large model of such. It actually allows him to fly through a unique system that inflates parts of the cape with helium. The controls for the helium release are in the palms of the suit, and steering is done via body English.

Max was an apprentice of the old Flying Dundo. Dundo was a circus performer with an act centred on stunts done with a gliding cape. However, the apprentice was fed up with the intensive study necessary to master the gliding cape – currents, air pressure, gliding patterns and so on.

While the circus was somewhere in the Midwest, Dundo finally managed to build and test a fully-working flying cape. This extraordinary device allowing much greater freedom in the air than the more common gliding cape. The ruthless, lazy and greedy Max killed Dundo that very evening, stole the cape and ran away.

Designing an eerie costume to hide his identity, Max started using the cape… for crime ! He would swoop into buildings through an open window, grab valuables then fly out before anybody could stop him. In so doing he developed a decent mastery of his cape, but soon grew frustrated as the sums he was stealing were too small.

The locals called him the Banshee. Bine proudly made his monicker before moving to a big town with richer pickings – Crown City. Crown was the pre-Crisis Earth-4 equivalent of Chicago.

However, during his first foray in aerial theft there, he was nearly clobbered and arrested by TV investigative reporter Vic Sage. Escaping without loot, the Banshee was furious. He conducted further swoop-in thefts across Crown City during the following nights. Neither the police nor the Question could stop him due to his extraordinary mobility.

Eventually, the Question guessed right as to where the Banshee would strike next. Thus, Sage managed to catch and arrest him. They fought in the air during a storm.

After the Banshee tried to kill the Question, the vigilante repulsed him. Thus, the flying thief was caught by a gust of wind which blew him out above the sea. He disappeared into the dark and stormy night above the Atlantic. The end ?

Surprisingly, the Banshee actually survived. He used his cape as a raft and was lucky enough to wash ashore on an small island.

Years later, he was rescued and came back to Crown City. Bine was determined to have his vengeance, and allied with a criminal mob. Knowing there was some sort if link between the Question and Vic Sage, he took his coworker Nora Lace hostage whilst she was on air. However, the reason why Lace was the anchor that evening was that Sage was investigating the Banshee’s return.

As the Question, he took out the Banshee’s men before they could reach the TV station. Sage then confronted the Banshee on air and easily overpowered him.

Bine tried to flee, but the Question grabbed his cape to try and stop him. This ripped open the network of pouches holding the helium in the cape. Thus, after the Banshee crashed through the window to fly away and flee from the Question, he plummeted to his death.

However the Banshee (likely another man wearing a repaired suit) appeared again. That was during an odd story about the Charlton action heroes published in 1983 by AC Comics , right before the rights to the characters were sold to DC Comics.

He was a hireling of the Manipulator, helping this villain escape from the assembled might of the Sentinels of Justice.

A greedy small-timer and bully.

“Strike fast before anyone can react and be gone while everyone is in a state of shock !”

“Nice of you gents to gather your gem collections together ! Now I can add them to my own !”

This latter version of the Banshee seemed to have : 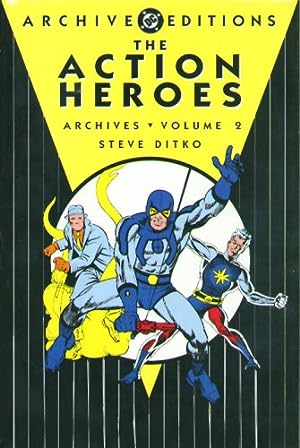 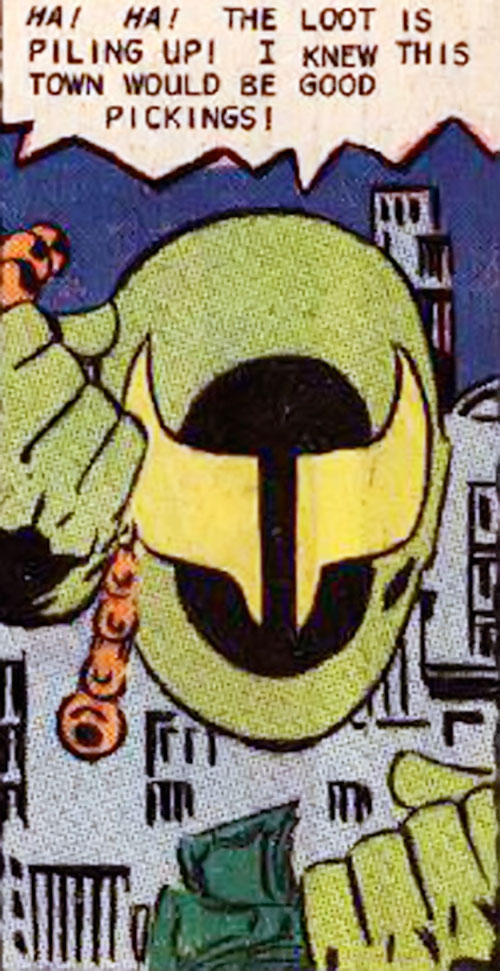 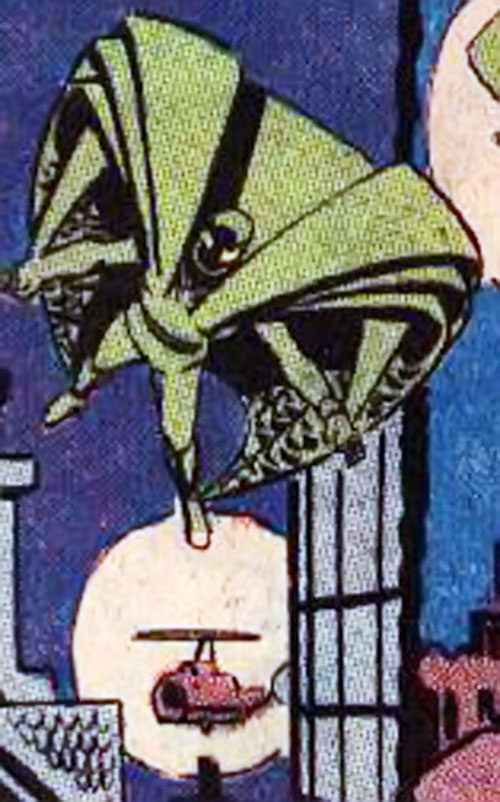 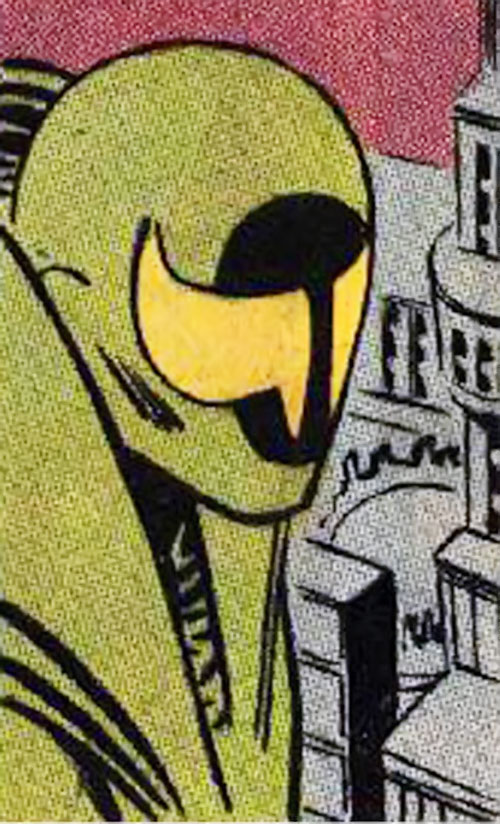 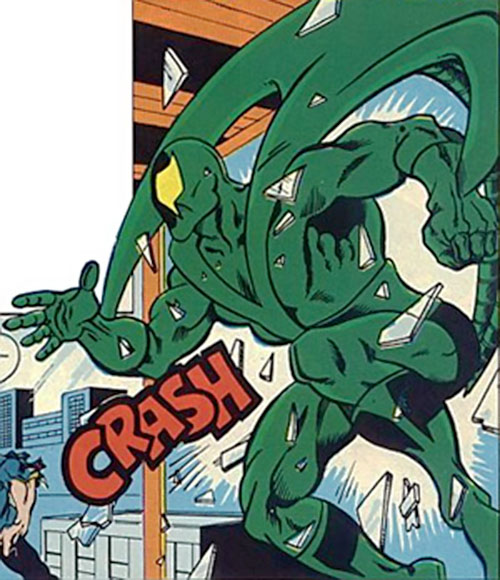