Baron Tyrano must rely in his great wits and financial resources to gain the upper hand against any opponent.

He will also use the advanced, prototype weaponry his scientist employees have developed and produced.

Trapped in an iron lung, the man called Baron Tyrano longed to be healthy and free. He was a multi-millionaire, possessing a brilliant mind.

The man in the iron lung learned of the dual identity of Green Lantern and sought to use this to his advantage. Baron Tyrano filed a complaint of damages allegedly incurred by Green Lantern while the hero apprehended criminals in Tyrano’s vicinity. The claim was sent to the Evergreen Insurance Company, employer of Hal Jordan, the Green Lantern of Earth.

Jordan was sent to investigate, but went as Green Lantern. The emerald crusader was attacked by a missile in the image of Tyrano. When struck by the mechanical man, Green Lantern and Hal Jordan were separated from each other.

Jordan remembered being Green Lantern but he was without his ring or costume. As Jordan was attacked by Tyrano’s henchmen, Green Lantern felt the effects. It was not long before both Hal and his GL half were defeated, Baron Tyrano took Green Lantern for his plans.

Tyrano wanted the body of Green Lantern. He had created a body-switching machine to escape his iron lung. His plan had one flaw, he did not count on Hal Jordan being a threat to his plans. The alter ego of Green Lantern broke into Tyrano’s lair and recharged Green Lantern’s ring.

The emerald crusader put an end to Baron Tyrano’s scheme. He then used the power ring to bring both halves of himself back together. Tyrano was taken into police custody.

In the years since his defeat at Hal Jordan’s hands, Baron Tyrano escaped from imprisonment and sought to regain his secrecy. He systematically killed his human assistants and replaced them with mechanical servants, operated entirely by his will. Since television was Tyrano’s only friend, his servants were replicas of famous TV stars.

It was while watching television that Tyrano learned the original Green Lantern returned after a short absence. He was one among seven ring wielders in The Green Lantern Corps of Earth.

With his mental energy, Baron Tyrano animated seven replicas of himself, as healthy in body as he was in mind. The seven Tyranos attacked the Corps at their Los Angeles Citadel. Striking one Tyrano divided the pain into one-seventh of its impact.

The Green Lanterns discovered they would need to strike all seven Tyranos simultaneously to defeat their enemy. The Baron Tyrano replicants faded away.

In his hidden lair, Tyrano slipped into unconsciousness. His mechanical friends could not help him, as they had depended on his will alone to motivate them.

Somehow, Tyrano returned again. This time it appeared he had lowered his expectations. Tyrano took part in a vacation resort featuring has-been supervillains. The villains “robbed” the pseudo-Bank of Littleville, causing excitement for paying tourists.

Another Green Lantern faced Baron Tyrano and the villains. His name was G’nort. After learning the truth about Littleville, G’nort left to check it out with the Justice League. The current employment status of the villains in Littleville has yet to be revealed.

Baron Tyrano’s main objective is to regain his mobility and free himself from his iron prison.

He also hopes to one day defeat Hal Jordan in order to gain revenge on the hero for continually frustrating his schemes. The Baron treats this latter goal as a battle of wits between himself and Jordan. This is a “game” he plays out of amusement as well as out of spite.

Tyrano has a brilliant scientific mind and often makes extensive use of androids, gadgets, and futuristic technology in his schemes. For a time he had an extensive group of human lackeys, but then seemingly replaced most of them with android duplicates of the characters from his favorite television shows (the Baron has lots of time to watch TV).

Tyrano is a subtle schemer. He spends months analyzing every facet of a plan before putting it into operation.

Personality-wise, the Baron is quite baffling. He is a man of wealth and culture, yet much of his perception his shaped by the television shows that have become his major pastime. Tyrano should not be underestimated, however ; he is exacting and calculating when carrying out a plan.

Drawbacks:
Fatal Vulnerability to being outside his iron lung.

The seven electronic replicas of Tyrano

Bonuses and Limitations:
Stretching has no defensive effect (-1).

In the case of a Team Attack, add the EV of all attacks then divide the result by eight in order to calculate EV.

Compiled by Sébastien Andrivet (using the GL Sourcebook, the GLC site and Who’s Who). 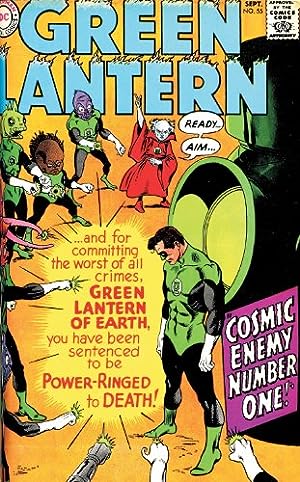