The series is about an elite security unit working for the Japanese government in a complex future where technology is everywhere. Though it’s full of action, technical specs and politics, the core theme remain the soul and human identity (hence the title).

Bateau is second in command of the Section 9. His body is nearly entirely cybernetic. He has very high-level military and investigator training. He’s as cold and mean as Kusanagi is, and his fighting performance matches hers.

However he lacks her extreme tactical sense and cool head.

See Kusanagi’s write up for the universe’s background.

Bateau was part of Kusanagi’s team before it becomes officially known as Section 9. As the team’s second in command, he was always very close to her. He usually takes charge of the investigative part of missions, but he’s also involved in the combat part too.

He takes good care of his Fuchikoma, dealing with it like he would with a trainee. That’s the reason the smart tank has developed such a high self-esteem, high enough to try to lead his fellow Fuchikoma on a revolution (though this part is merely a comic plot twist, it’s worth mentioning).

When the team acted on the edge of their jurisdiction, he’s been known to have taken officially the blame on himself to spare Kusanagi. Did he do it out of bravado, or because he cares for her ? Certainly both.

In the end, when Kusanagi went rogue after her fusion with the Puppet Master, he covered her. He took her cyber brain out of the scene to put it back in a new body. When they found out that her black market spare body was rotten, he managed to find another host for her.

Bad luck with the choice, thinking the body was that of a woman, he took a transvestite. And he let Kusanagi stay in his flat to wait for things to cool down.

Bateau is a strong, tall man. His hair are cut in a short military way. His eyes are hidden (replaced ?) by 2 goggle glasses giving him a RanXerox  look.

Only during planned assaults does he wears tac gear. Otherwise, he dresses in classic clothes and a tie. He’s partial to large raincoats, and sometimes wears heavy shades to conceal his cybernetic eyes.

Bateau believes in the purpose of his job – though he’s quite cynical about its real impact on the devious flaws of his society. When dealing with a mission, he’s obsessive about it, sometimes experiencing temper tantrum when things are not going forward enough.

He certainly has a crush on Kusanagi, but his professionalism dictates to keep it quiet. 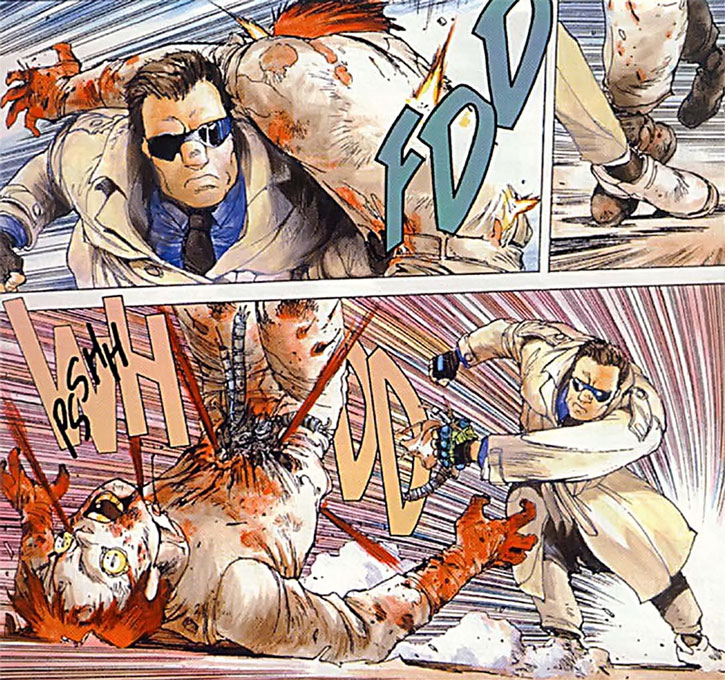 Even if he’s dedicated to his job and takes it very seriously, he’s not against some lowbrow humor. His main targets are Kusanagi’s unrestrained private life and teasing Togusa about his rookie role in the team. Indeed, he thinks that experience is to be respected by the newbies.

He seems to have more ties with the military mindset than with the intelligence mindset. He likes guns, combat training and sometimes seems to relish in the prospect of armed combat. He likes beer too.

Also, Bateau is often used for superdeformed comic-relief, at which time he’s an exuberant oaf.

Drawbacks:
Misc: His body is not his property.

Source of Character: Masamune Shirow’s Ghost In The Shell manga. 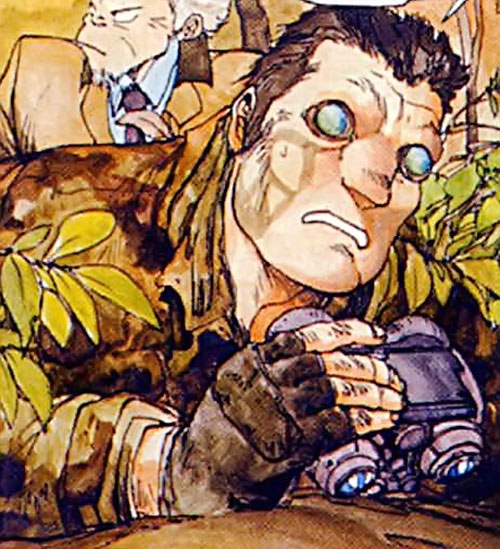 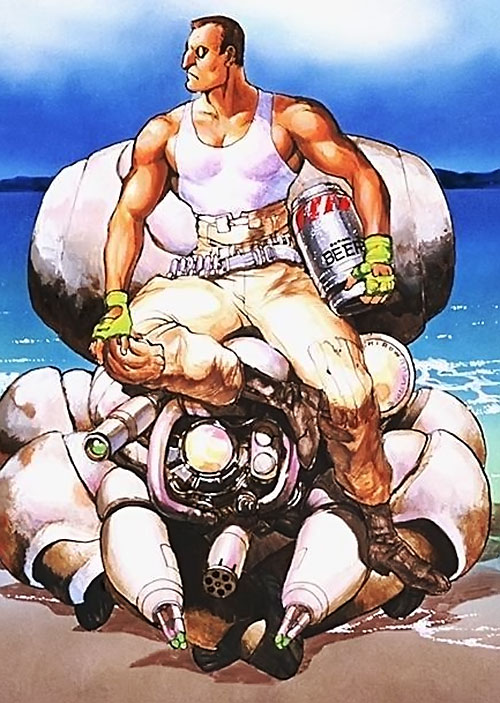 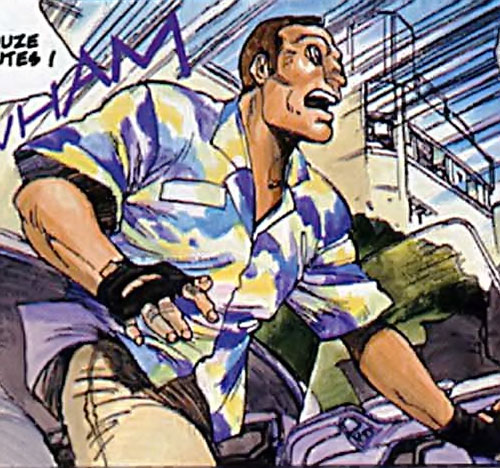