“I find that, in my old age, I could use a part-time assistant—an ally, as it were.”
-Bruce Wayne

Batman Beyond was one of DC Comics’ excellent animated TV series. It started in 1999 and had 3 seasons and an animated movie.

Batman Beyond is set in the future, with Batman (Bruce Wayne) now being an aged man and having retired from his costumed activities.

These short notes were taken circa… 2000 I think ? The series might actually have still been running when they were written. So the entry was mostly meant for fans of the series wanting to see a stab at game stats for the protagonist.

Batman often uses his batsuit’s full capability in battle. He uses its jumping and gliding abilities to enhance his superb hand-to-hand combat skills.

Terry often seems a little too fond of his explosive batarang, which could prove dangerous in the wrong situations. However, the constant gaze of Bruce Wayne helps to settle Terry’s more destructive tendencies… 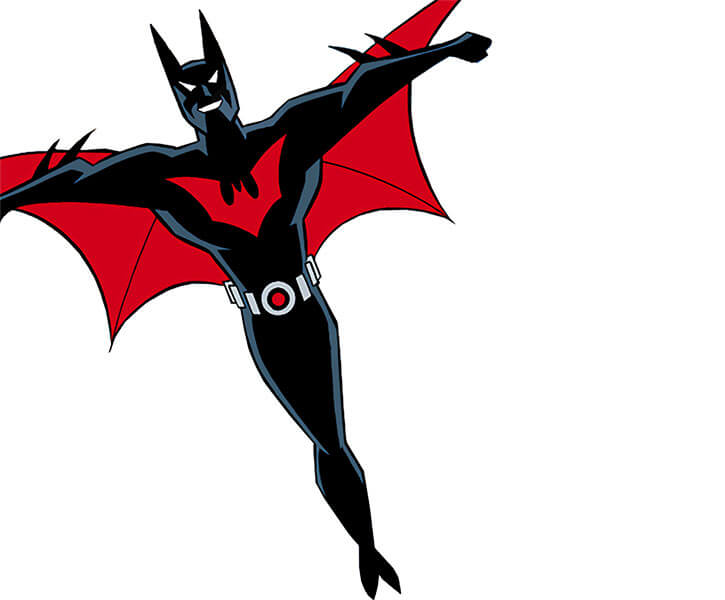 Terry was an average 17-year-old in the XXIst century. He was a rather rebellious young man, most likely due to his less than ideal home life.

One fateful night, Terry stormed out of his father’s house after a vicious argument. He quickly found himself surrounded by a biker gang called the Jokerz.

The thugs chased Terry across most of Gotham, straight to the outskirts of Gotham City. The chase came to an end at the gates of Wayne Manor.

Terry was in dire straits, but the arrival of Bruce Wayne (he fought pretty dang well for an 80-year-old) turned the tide.

After the Jokerz were defeated, Bruce collapsed to the ground due to chest pains. Terry helped Bruce back to the manor, where he accidentally stumbled on the Batcave. Bruce Wayne was Batman !

Bruce kicked Terry out of his home, and Terry returned to his, only to learn his father had been murdered.

Terry sped across town straight to Wayne Manor where he demanded Batman’s aid. Bruce initially didn’t want to help. But after Terry stole the Batsuit and put it to good use, Bruce helped Terry solve the mystery of his father’s death.

Terry has since became Bruce’s personal assistant by day, and, as Batman, regularly patrols the streets of Gotham by night. 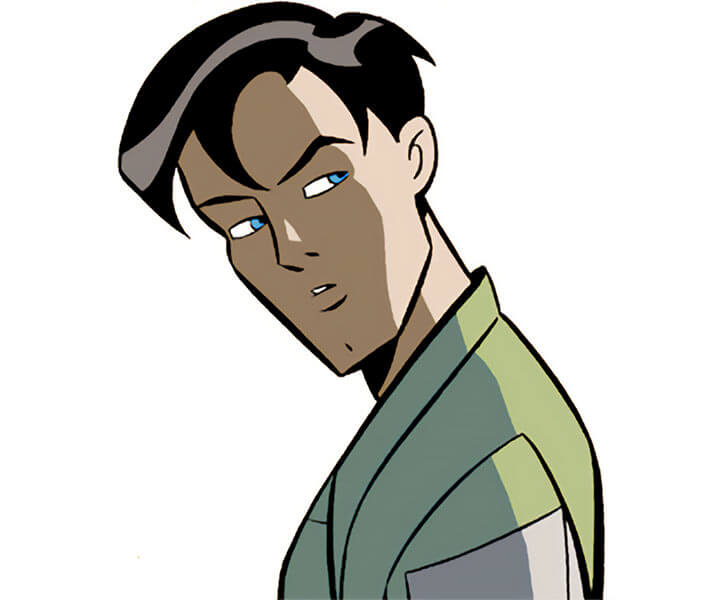 A neural-network-upscaled version of the intro. It clearly hits limits, but it’s still a much crisper version of very old footage.

In the final episode of the Justice League Unlimited series (set 15 years after the end of Batman Beyond) Terry (age 31) had a genetic scan. The goal was to see if he was a compatible donor for a replacement kidney for Bruce.

In doing so he found evidence that Bruce was his father – not Warren McGinnis. After investigating further he arrived at the home of Amanda Waller, former head of Project Cadmus.

She explained to him that despite her disagreements with Batman she had come to believe that the world would always need a Batman. To that end she obtained a sample of Bruce’s DNA (from a bandage left behind after a battle) and enacted a plan to create a new Batman.

This project was called Project Batman Beyond. Which is the only time anyone ever used that term in-universe.

The first step in this plan was to select a suitable couple to parent the new Batman. Eventually the McGinnis’ were chosen.

Sometime later when Warren went in for a routine physical he was injected with nanobots which rewrote his reproductive organs to produce Bruce’s DNA.

However the project didn’t stop there. In order to ensure that the child would become Batman, the plan called for the duplication of Bruce’s childhood tragedy. They hired the assassin Phantasm (Andrea Beaumont) to kill Terry’s parents in front of him as they left to see a movie.

(In the episode it was a movie about the Grey Ghost, a character invented in the earlier Batman animated series).

But Andrea was unable to pull the trigger. She told Waller that if she wanted to create a new Batman then she shouldn’t abandon his principles to do it.

Waller was surprised to find that she agreed with Beaumont. She ended the project.

Waller told Terry that it was quite ironic that he ended up becoming Batman anyway. The episode ended with a touching little scene between Bruce and Terry. Both hinted at their relationship to each other but neither came out and said anything about it.

Also in an interview the show’s writers gave after the episode aired, they stated that Matt (Terry’s brother) was also genetically Bruce’s son.

Terry is brash and hard-headed, but Bruce is slowly molding his young protégé into a top-notch Batman.

Terry cares very much for his mother and little brother, and is quite protective of both.

Currently, Terry is involved with Dana Tan, whom he never seems to spend enough time with due to his crime-fighting lifestyle. 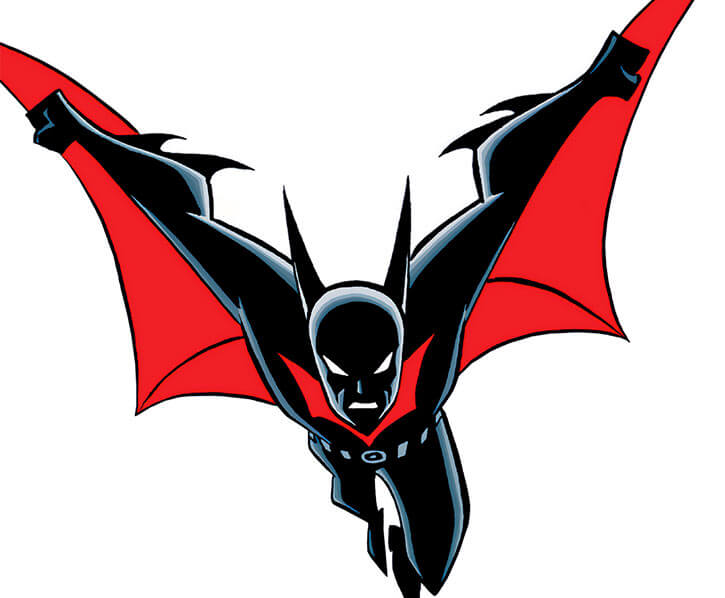 Source of Character: Batman Beyond cartoon and comics.