“Flashpoint Batman” is one of DC Comics’ alternate versions of Batman.

He’s from a different timelineUsed here in the sense of an alternate history, where events unfold differently, called Flashpoint. And he is actually Bruce Wayne’s father, Thomas Wayne.

Thomas Wayne’s Batman is more brutal and willing to kill criminals. And even to use firearms.

Similar to Bruce Wayne, Thomas has no superhuman powers.

He relies on skills that he obtained after Bruce died. He possesses many of the skills and abilities that Bruce Wayne learned to become Batman in the mainstream universe.

Like Bruce, Thomas is a master of hand-to-hand combat. However, he is more brutal and isn’t opposed to dirty fighting if necessary. He is very strong and uses his surgical knowledge to break body parts efficiently.

Thomas is an expert at using fear to his advantage, and is a master interrogator. If his interrogation doesn’t work he just kills them. He uses more brutal methods to get answers, such as threatening to cut their tongue.

Flashpoint Batman possesses the same gadgets as Bruce Wayne. Such as Batarangs, grappling guns, and the Batsuit.

He also flies a giant plane. It is used to carry weapons and other shipments. 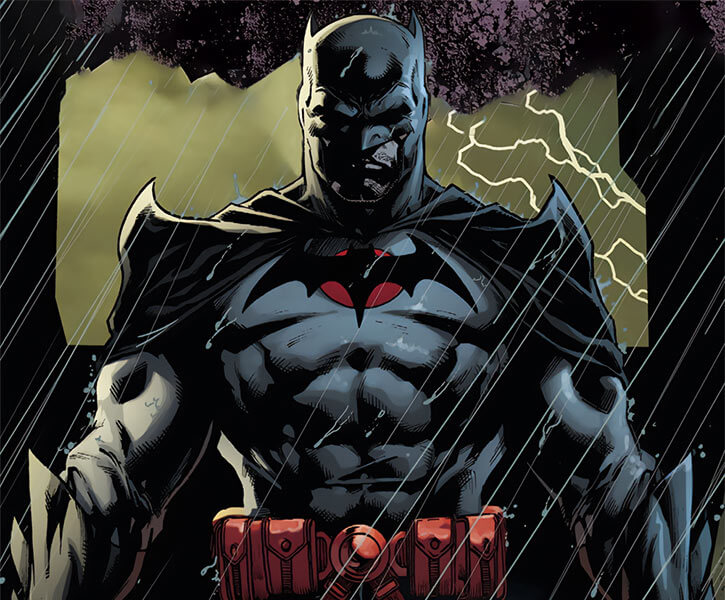 Thomas Wayne takes his wife Martha and son Bruce to a movie. On their way back home, they are surprised by Joe Chill. Chill shoots Bruce and kills him.

Thomas Wayne seeks vengeance so he hunts down and kills Joe Chill. However, Martha is driven insane by Bruce’s death. She cuts a grin into her face, becoming this timeline’s Joker.

Thomas vows vengeance on all criminals and becomes the Batman.

Thomas Wayne saves a young thief named Selina Kyle who calls herself Catwoman. For a brief time, Thomas abandons his dark brooding side. That lasts until Selina gets shot by the Joker (Martha Wayne).

Thomas Wayne funds his war on crime through Wayne Casinos. He works with Jim Gordon who is the Chief of a now-privatized police force.

He also collaborates with Oswald Cobblepot. Who in this reality is the head of security at his casinos.

Joker kidnaps the children of Judge Dent. She also recruits a partner – Yo-Yo, who acts as this reality’s version of Harley Quinn. Batman interrogates Yo-yo in order to track down the Joker. But she doesn’t cooperate, so he throws her off the building.

However, Cyborg catches her and Batman jokes that “she slipped.” Cyborg tries to recruit Thomas in helping stop the war between the Amazons and the Atlanteans, but he declines. 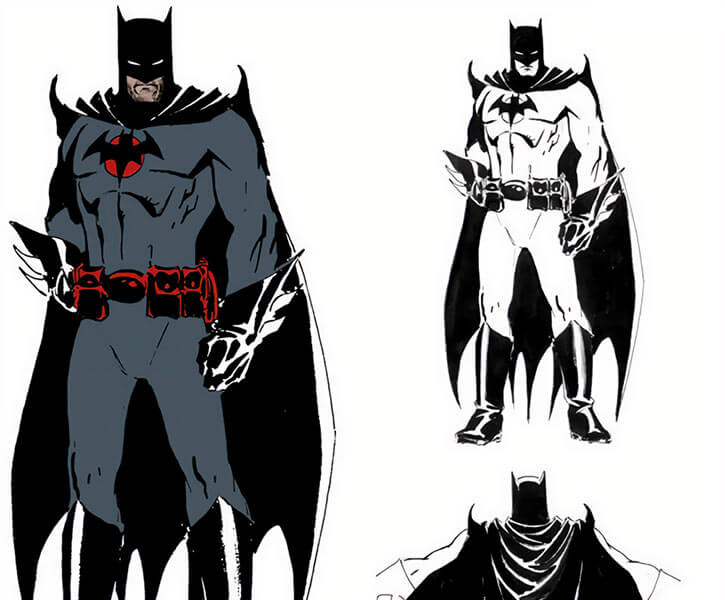 That night, a depowered Barry Allen enters Wayne Manor to find Bruce. He heads into the Batcave and finds Thomas Wayne, who attacks him.

Batman is angry and confused when Barry keeps calling him Bruce. He tells Barry that Bruce is dead which makes Mr. Allen realize who Mr. Wayne is.

(This is the Barry Allen from the main DC Universe, who has been accidentally transported to the Flashpoint reality — Ed.)

Thomas stops attacking and tries to learn more about his wife and son. Barry tells Thomas about the previous timeline where Bruce is Batman. He also manages to convince Thomas to help him get his powers back.

Thomas invents a device that can recreate the accident that gave Barry his powers. It fails on the first trial. But with the second, Barry becomes the Flash again.

Batman gets called in by Chief Gordon who tries to get him to not be a loner. Thomas refuses. However, the Joker then sends him footage of her kidnapping Gordon.

She also tricked Gordon into shooting Judge Dent’s daughter by duct-taping her mouth shut, and disguising her as the Joker. Afterwards, she slashes Jim Gordon’s throat and gets confronted by Thomas.

He tells her about the alternate reality that Barry told him. When she finds out about the life her son has to endure, she commits suicide.

Batman works with Flash to build a team. They seek to undo the changes made by the Reverse-Flash to the timeline.

He also contacts Cyborg to locate Project: Superman. This government branch is helping raise an alien baby who is the most powerful being on the planet. They locate his cell and find him as a pale man. However, he is exposed to the yellow sun and flies away.

They manage to escape the facility with the help of Element Woman. But Barry’s memories of his previous timeline begin to alter.

They travel to Fawcett City and enlist the help of S.H.A.Z.A.M.. These are a group of teenage boys who with one word combine into the superhero Captain Thunder.

Thunder’s powers manage to slow down the Speed Force.

Batman and the team then decide to stop the war between Aquaman and Wonder Woman. They fly to New Themyscira in Thomas’ Batplane. They also enlist Enchantress into their team.

Batman manages to kill Reverse-Flash by stabbing him in the chest with a sword. But he is fatally wounded by Enchantress, who is a spy for the Amazons. He thanks Flash for everything and gives him a letter for his son to read when everything is fixed.

Barry manages to restore the timelines to normal.

He then visits Bruce in the Batcave. Barry tells him how he still remembered everything that happened in the previous timeline. Bruce tells him that it might be a gift. Barry hands him the letter that Thomas gave him.

Bruce begins to cry and tells Barry that he is one hell of a messenger, thanking him. 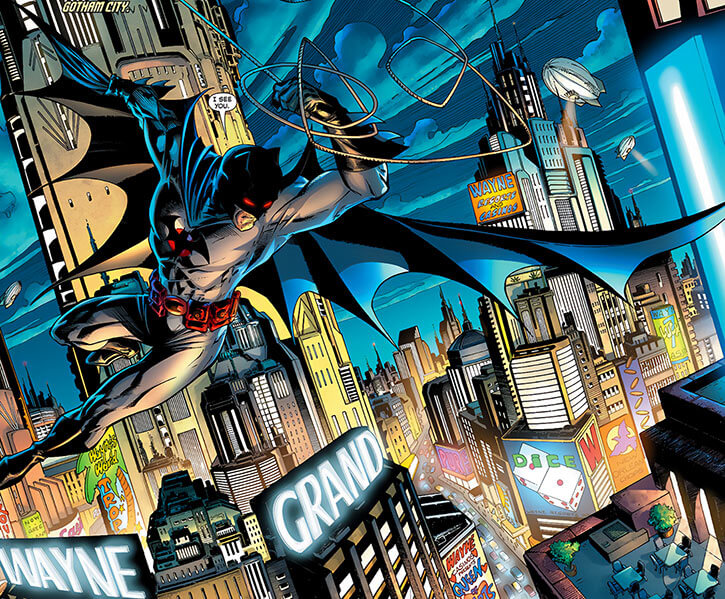 Barry and Bruce investigate a mysterious yellow button that was left in the Batcave.

They use the Cosmic Treadmill to trace the source of radiation on the button. This accidentally leads them into the Flashpoint timeline and Thomas’ cave.

Thomas thinks they aren’t real at first, and attacks them. But Barry manages to convince him that they are real. He also discovers that someone is keeping the Flashpoint timeline from erasing.

The three are attacked by Amazonian and Atlantean soldiers. Bruce and Thomas hold off the attackers while Barry fixes the Treadmill.

Barry then realizes that the Flashpoint timeline is fading anew. They try to bring Thomas with them, but he refuses to come. He tells Bruce to stop being Batman and to find happiness.

When Barry and Bruce disappear with the treadmill, Thomas runs into the light that is consuming the timeline and vanishes.

Thomas survived the deletion of the Flashpoint timeline, by being imprisoned and tortured by Reverse-Flash.

He escapes and forms an alliance with Bane. Their goal is to break Bruce psychologically so that he would give up being Batman.

Thomas later betrays Bane and shoots him in the head, leaving him comatose.

Now holding Bruce at gunpoint, he tells him to be happy and marry Catwoman. Bruce, now angry, states that he will be both happy and be Batman, punching Thomas and knocking him out.

In prison, Bane retaliates against Thomas for his betrayal by breaking his back. 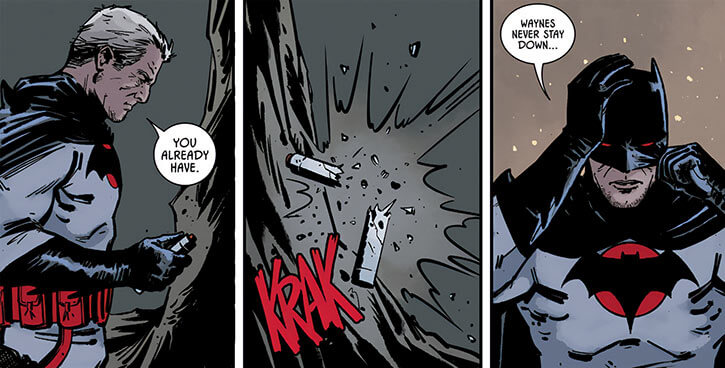 Thomas Wayne resembles an older and scruffier version of Bruce.

His Batsuit is black and gray like Bruce’s, except the Bat-symbol on the chest is surrounded by a red circle. In addition, the eyes of the cowl are red.

Thomas possesses an even meaner and angrier streak than Bruce did. He is not hesitant to kill his enemies.

He has a rough, brooding nature. Dr. Wayne refuses to let anyone stop him doing what he thinks is right.

“Sometimes we fall, son… But always remember… Waynes never stay down. We rise.” 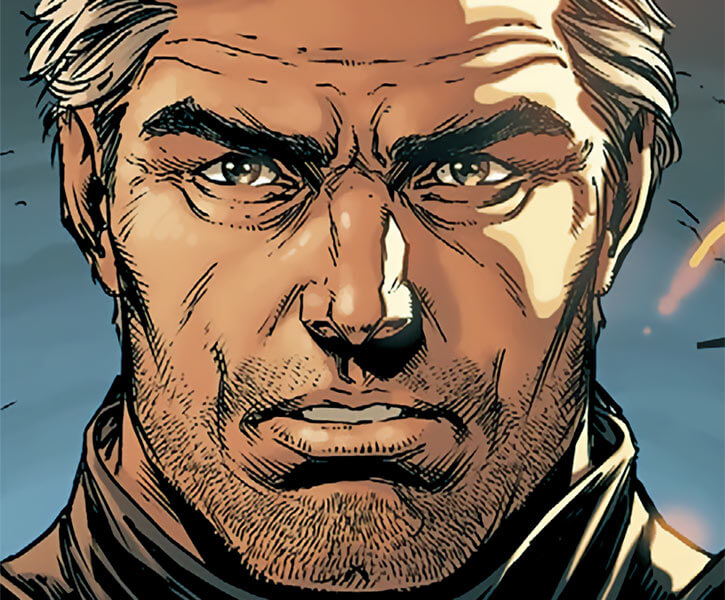 Source of Character: Flashpoint and Flashpoint: Knights of Vengeance.