Through some unrevealed method, Battle Beast has been imbued with the gifts of superhuman strength, invulnerability and immortality. The exact limits of his gifts are unknown, but it is clear that they are on par with those of an adult Viltrumite.

With that in mind, it is safe to say that he possesses “Class 100” strength (to use the “Marvel Handbook” vernacular) and is capable of pressing many times in excess of 100 tons.

Likewise, his resistance to harm and endurance have been augmented to superhuman levels rendering him nearly impervious to physical harm and literally tireless.

In addition to his raw physical might, Battle Beast possesses the keen senses that are typical to his species. His visual and auditory systems are approximately 4-5 times as effective as the average human being, while his olfactory senses are even more so.

Over the (presumed) millennia of his existence, Battle Beast has become one of the most proficient combatants in existence.

He has attained a virtually unparalleled level of skill in armed and unarmed melee combat. He has mastered virtually every known fighting system that he has encountered on his travels of the galaxy.

The being known only as Battle Beast, was born on an unnamed planet in the dark reaches of space. It has been implied that his planet had come under siege by forces that threatened to destroy his people, when Battle Beast first rose to prominence.

During this time of conflict, he became his world’s protector and his people’s hero. Though it is unknown how long it took him to achieve victory, it is common knowledge amongst his kind through his sacrifice and bravery he created a utopic society for his people.

Unfortunately for him, he would be unable to share in it. Somehow, during his struggles, Battle Beast became addicted to blood and strife. The peaceful world that he had created for his people was no longer capable of bringing him the conflict he so desperately craved.

With the single, desperate need for conquest burning deep within his soul, Battle Beast left his home. His hope to find a conflict worthy of his attention.

Battle Beast spent millennia wandering the vastness of space, plundering and conquering a thousand worlds before he first heard of a small blue planet called Earth.

No one can be sure who first told Battle Beast of Earth, but one thing is certain. The individual that did, promised Battle Beast that its inhabitants would provide great sport for the immortal warrior.

Unable to resist, Battle Beast made his way to the Earth. Upon his arrival he entered the employ of the crime-lord Machine Head. Presumably, Battle Beast was convinced that working with Machine Head would provide him ample opportunity for conflict.

His reasoning proved to be correct. He had only been on Earth for a short period of time when Machine Head was besieged. It was first by the young Viltrumite Invincible and then the combined force of the Guardians of the Globe. Despite Invincible’s Viltrumite heritage, he proved to be little more than a temporary distraction for Battle Beast.

The Guardians of the Globe were even less effective against the leonine warrior’s might. Battle Beast casually mauled two of its members (Bulletproof and Black Samson) in the opening seconds of their fight.

Deeply disappointed by the calibre of the Earth’s mightiest warriors, Battle Beast activated a teleportation device that he had acquired. He immediately left the planet (and battle) in disgust.

Many months past before Battle Beast was seen again. Somehow, during his travels he fell afoul of the Viltrumite Empire. The Beast was imprisoned in one of their most secure gulags in the dark regions of space. By chance alone, both Allen the Alien and Omni-man were being held within the same prison.

When Allen staged a massive breakout, Battle Beast was freed in the confusion. Having nothing better to do and nursing the need to rip his jailers in twain, Battle Beast immediately threw his lot in with the escaping prisoners. Allen and Battle Beast shattered wall after wall of the prison until they eventually interrupted Nolan’s execution at the hands of his Viltrumite jailers.

The two virtually immortal beings fought relentlessly, even when they were sucked into the vacuum of space. Eventually, Battle Beast gained the upper hand over his foe and tore him asunder. With the battle over, and his allies no where to be seen, he fell into a deep slumber and surrendered to the darkness of oblivion.

It is unknown how long Battle Beast floated unconscious in the cold reaches of space. He was eventually found by a Coalition ship, who brought him aboard out of curiosity when they discovered he was alive. Even as his body began to thaw onboard, the blood thirsty immortal began muttering about battle.

The ship’s crew did the only thing they could think of. They brought Battle Beast to Thaedus, in the hopes that the obviously insane creature could be of use to him. They arrived in the aftermath of the Viltrumites assault on Talescria.

Thaedus immediately recognized Battle Beast’s potential as a weapon. After nursing him back to health, told him of the great battle that would occur on Viltrum.

Battle Beast agreed to participate in the battle. He was assigned to fight alongside a small assault force comprised of: Invincible, Omni-man, Young Omni-Man, TechJacket, Allen the Alien and Thaedus himself.

The Coalition assault squad arrived at Viltrum a short time later. Despite their initial plan (and hope) that they would be able to prepare an ambush to catch the Viltrumites unaware, the Viltrumites were already prepared. The two groups clashed in a direct frontal assault, which suited Battle Beast well.

Battle Beast threw himself directly into the closest and largest concentration of Viltrumite troops he could find. Despite being surrounded by at least six of the most physically powerful beings in existence, Battle Beast found himself enjoying the fight.

He goaded his Viltrumite foes on with calls for “MORE, MORE” as he assaulted any foe that dared to come within his reach.

Surprisingly, Battle Beast held his own throughout the battle, until he saw Thragg single-handedly murder Thaedus and brutalize both Invincible and Omni-man. Desperate to face a foe of such power, Battle Beast threw himself at Thragg with abandon, leaving his own foes behind.

This proved disastrous for Battle Beast as Thragg met his charge head on, and with contemptuous ease, batted him away.

When last seen, Battle Beast was hurtling away uncontrollably from the battle into the dark reaches of space. When next he will be seen is unknown at this time.

Battle Beast is a massively built leonine humanoid. He is bipedal (with two arms and two legs), and his body is covered with a fine layer of stark white fur. As previously mentioned, his features greatly resemble those of a lion.

His eyes are cat-like, his two ears are placed high upon his head and swivel back and forth like those of a cat and his snout is filled with large pointed teeth. The hair that surrounds his head grows in a mane like fashion, but he generally braids it to keep it out of his face.

Battle Beast’s clothing greatly resembles that of an ancient Roman gladiator combined with the standard garb worn by the inhabitants of New Genesis. His torso is covered by a red undergarment, that is covered with blue interlocking plates.

Battle Beast has a single overwhelming personality trait. He lives to fight the good fight. Anything else is secondary. He is completely addicted to the thrill of combat and cares for nothing else.

At all times, he is actively seeking out “worthy” opponents to test his power and skill against. The more powerful the opponent, the greater his thrill.

(After receiving a punch from Invincible)
“Impressive. You could be the strongest thing in this world … but I am NOT of this world !”

“I have conquered a thousand worlds. Countless enemies — Galactic empires tremble at the sound of my name. What threat could a boy hold for me ?”

(After demolishing Invincible, Bulletproof and Black Samson in combat)
“I could kill you all with my bare hands — but it would prove nothing. I came for sport — the thrill of the hunt. I was told this realm offered fierce and worthy combatants. I was deceived. You have nothing to offer me. You have been a pathetic waste of my time. Today is NOT a good day.”

“I desire only to find worthy adversaries…”

(When first confronting a Viltrumite)
“Viltrumite ?! Did you say Viltrumite !?! Are you the ones I seek ? […] I must face you in battle ! FIGHT ME !”

“Too much thinking. More fighting ! MORE !”

Battle Beast’s history should be left intact, but when he first arrived on earth he would have entered into the employ of Lex Luthor and been used as a foil against the Man of Steel. There is no doubt that the stories of the Kryptonian would have drawn the immortal warrior to Earth. 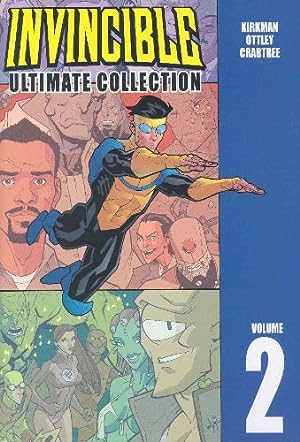 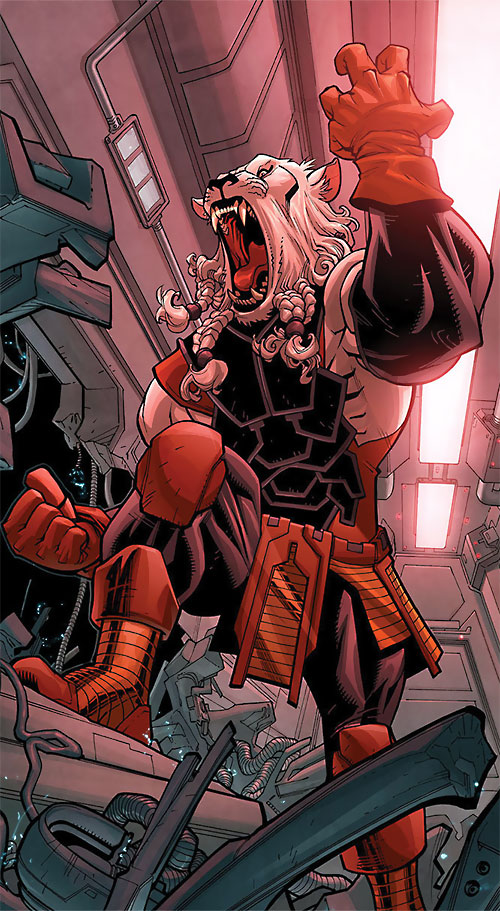