This character was meant to be called “Bengal”. The player was 10 years old when he created this character and got the spelling wrong. After playing for a while we decided not to change it (that the player was very young is also visible in the backstory — Ed.).

The beginning concept for this character came from the 1988 Sega video game Altered Beast . In the 4th level of the game the character could transform into a Weretiger.

Beangle is a large powerful tiger-man and has quite an array of powers.

He’s fast, strong, and nigh invulnerable. Beangle has the powers a tiger would naturally have as well as a land speed that can outpace practically any land vehicle.

One unique power Beangle possesses is his ability to become energy for a brief instance. He used this power to travel long distances, over time his increasing Running speed along with Cling allowed him to cover great distances without changing to his energy form.

He is usually quite direct when it comes to combat, rushing up and punching whoever seems to be the biggest threat.

Brandon Walter was born in Midway City, Michigan, U.S.A.. He didn’t stay long, since his family were missionaries and went to Africa soon after his fifth birthday. His childhood up to this point had been a typical one.

Most of Brandon’s youth was spent in Africa and he made plenty of friends there. Then, at the age of 17, one night his happy childhood was torn apart… by a man-eating tiger. Brandon lost both of his parents that night and nearly his own life as well. He was slashed open by the beast’s claws and needed emergency surgery.

However, the nearest medical facility was too far away. He’d never make it in time. There was a witch-doctor nearby who with her dying breath used her magic to heal his wounds. She also bestowed upon him a ring that bore a tiger’s face.

Power of the tiger

Brandon would be sent home to America in a month’s time. Putting on the witch-doctor’s ring he found he could transform into a Man-Tiger hybrid. He decided that with the time he had left he’d take care of the things he’d heard about. Like poachers and drug lords.

A bloody month went by and poachers and drug-dealers disappeared. Torn apart by a beast in the night. Brandon however was identified as the creature and brought to justice. When about to be killed, Brandon took off his ring and said, “It’s just me.”

The authorities were shocked and re-examined what to do with him since he was actually a super and not a beast. Because of his parents good standing and his young age. Not to mention who his victims were, The Government sent him back to America threatening they should never see him again; or they will kill him.

Back in Midway Brandon was on his own but was determined he would never be the person he was in Africa again. There are many Heroes in America and he was determined to be one of them. Brandon became Beangle. 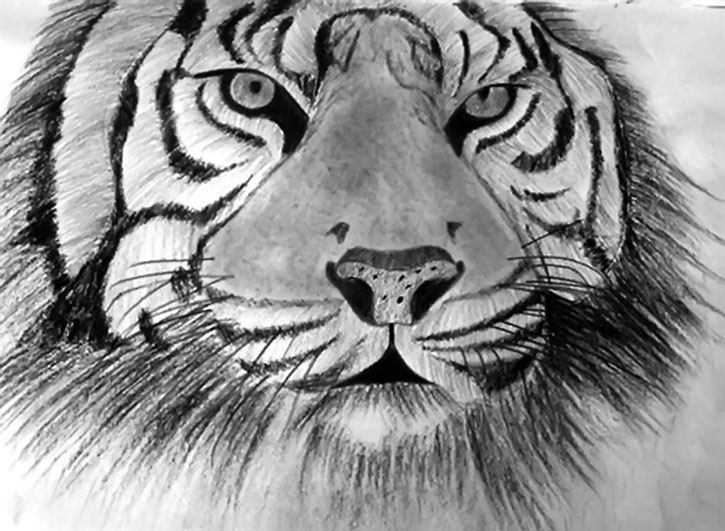 His first lead took him to the waterfront and some abandoned warehouses. He met and joined, after a brief fight, Batboy and his sidekick Birdie.

Beangle and Batboy became close friends. Being a hero became easier now. Batboy was adetective and made finding villains easier, Beangle just had to be there to punch and get punched.

Later, with the help of S.T.A.R. Labs, Batboy and Beangle would be given a team of young heroes who needed guidance with their lives and powers.

Many years into his career, Beangle finally met a foe who truly tested his resolve. Gorilla Grodd. It happened that after a quick defeat of Captain Cold, Gorilla Grodd showed up at the jail to free him. Beangle intervened and found he truly had his hands full. Beangle was faced with a crushing defeat.

Beangle has taken on another hero identity for a while, The Protector. He even masqueraded in the company of friends without them realizing who he really was.

Beangle and several other heroes were taken from Earth and arrived thousands of years in the future. The team met Father Time and made a deal to get back to their own time. This deal meant jumping through Dimensions and rescuing other time travelers.

This took them through the Marvel Universe, Ravenloft, Eternia, Earth C, and he was last seen trying to rescue a traveler who wound up in the Matrix.

Beangle is a huge half-man, half-Bengal tiger. He is full of muscle and threatening looking. He has the black stripes over an orange coat that is reminiscent of a tiger. Beangle appears to wear no clothing.

In his Alter Ego, Brandon wears whatever is comfortable but usually blue-jeans and a short-sleeved shirt.

Brandon has always been the strong silent type. Many times, until recently, he would overconfidently rush into combat. During his time in the Young Justice League he was a steadfast second in command to Batboy.

Beangle already exists in the DC Universe (my own mirror of it anyway).

“I shoot myself onto the roof.” (Then using his Self-linked Energy Blast launches himself onto a nearby rooftop)

“I’m not going to let you do it.” (When a team member mentioned killing as an option).

(Early in career) “I’m not a werewolf, you stupid cops !”

A 1366 points Character (without equipment)

Beangle was a Player Character and started as a 450 point build with tons of adventures under his belt and time in which he built up Attributes, Skills, etc. through character growth some aspects of the writeup may look odd. For instance, he has Weaponry rated at 04 APs; he could do better unskilled than using the skill purchased.

Beangle was created using 2nd Edition Rules; at that time there were no rules for Alter-Egos. Captain Marvel only had Insta-Change and it was understood that he could change back and forth, but there was no rules for it.

Therefore, Beangle never had the Alter-Ego drawback which he probably would have gotten if he was created today. So, he keeps all of his abilities in either “form” but changes into his Tiger form when he places his ring on his finger.

(Addition: Apparently there were some rules for Alter Ego in 2nd Edition, Page 65 of the Rules Manual Handbook.)

Who is the Protector ?

After Batboy went missing, a rash of anti-heroes appeared in Midway City. Instead of directly confronting these heroes Brandon made a new alter-ego for himself in the Protector. Feeling he’d been Batboy’s partner and teammate for so long, it was time to stand on his own and set an example for these new misguided youths.

As the Protector, he no longer uses his Beangle Ring. The connection with Dr. Back who knew his secret is the only Connection he has. Also, Dr. Back built and maintains his new Protector suit and equipment listed below:

This section is more for the player and others who knew Beangle through the years, or for those who would like a more light-weight (732 points) version of the character.

Equipment:
Same as Above.

Equipment:
Same as above.

By Ethan Roe and Jason Roe.

Writeup completed on the 9th of November, 2011. 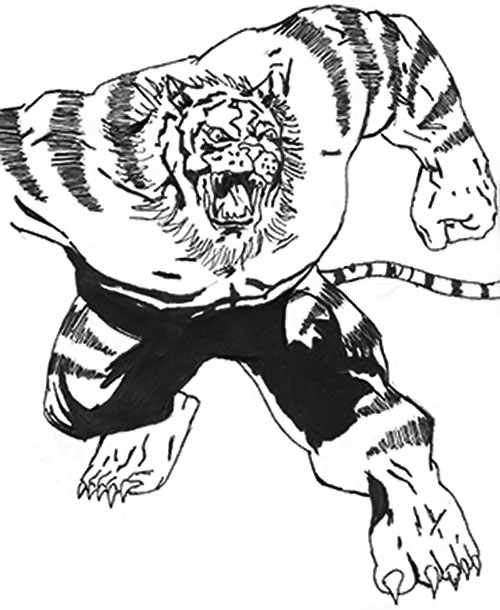 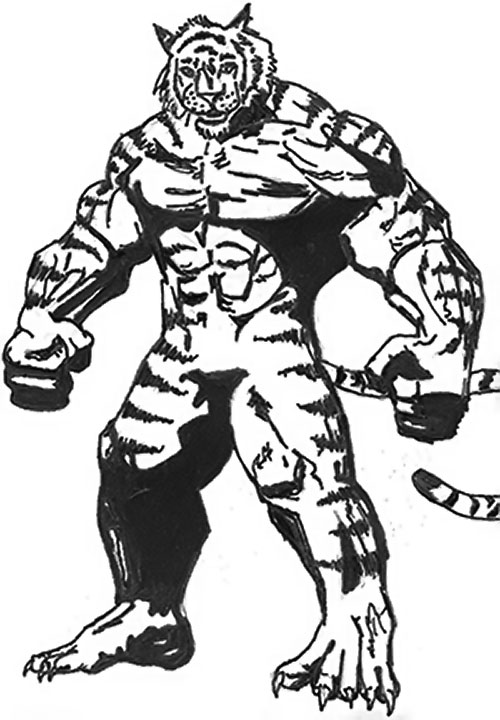