Beheaded Bombers carry a large supply of inflatable bombs in their pockets. Unlike Beheaded Rocketeers or Firecrackers, Bombers are not shielded from attacks from their own weaponry.

Like all of the Beheaded Troops, Beheaded Bombers are executed Sirian soldiers who have been brought back to life by the interstellar warlord Mental. They receive their commands from an implanted Life Control Unit (LCU).

Beheaded Bombers look like normal human beings in excellent physical condition, except for the fact that they’ve been decapitated and had their heads grafted to one hand. 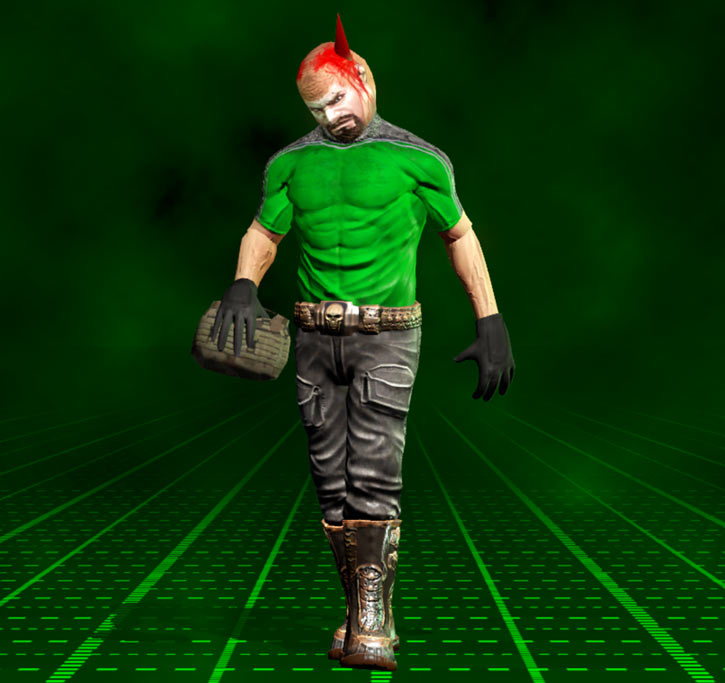 The Beheaded Bombers wear the standard Sirian soldier garb: a T-shirt, gray pants, and highly stylized boots and a belt in dull metallic bronze. The Beheaded Troops have different colored T-shirts to distinguish their function — green for Bombers, red for Firecrackers, purple for Rocketeers, and shirtless for Kamikazes.

In the Serious Sam HD remaster of the original game, the Bombers are no longer beheaded and their bombs no longer seem inflatable, which is clearly absurd. Their description hasn’t changed either despite the changes in the model.

Equipment:
Inflatable Bombs (x20) [BODY 01, Bomb: 06, Grenade Drawback, Note: Each bomb weighs -1 AP, allowing a Bomber to throw it up to 4 APs. Beheaded Bombers usually carry one grenade at the ready at all times. This means that if a Bomber is knocked unconscious or killed, it will drop the bomb it is currently holding, causing the bomb to detonate]. 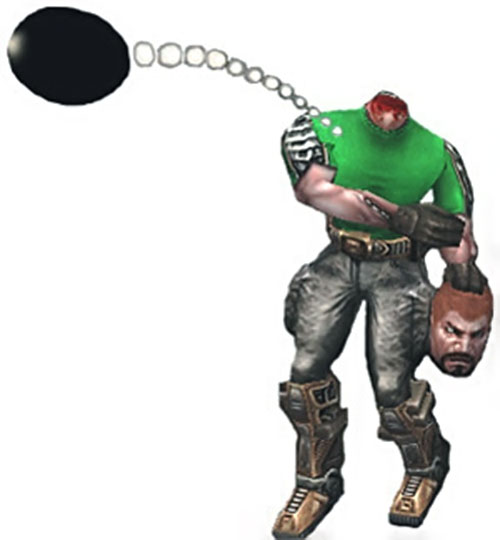